Is S.A.D. Giving You the Holiday Blues? 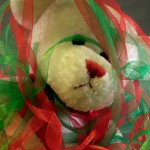 The holidays aren’t always a happy time for everyone. People often remember loved ones who’ve passed away or left their lives, which can trigger feelings of sadness, nostalgia, and even emptiness.

This is what’s typically referred to as the “holiday blues.” Sometimes, however, it can be a little more serious than that.

Some people are actually affected by S.A.D. (seasonal affective disorder), a real psychological disorder. These symptoms usually appear in the winter months and closely mimic the holiday blues. In this post, we’ll shed some light on S.A.D.’s key features and how to treat it.

S.A.D. is characterized by cyclical bouts of depression, increased appetite, and an increased need for sleep. Anxiety and carb cravings may also be present.

Symptoms typically last from late fall to winter. It occurs in up to 10% of the population, with most cases occurring in people living in northern latitudes where days are shorter.

There are different theories, but the most popular relates to the circadian rhythms, the body’s internal clock system that governs behavior, physiological function, and sleep. During the winter months, the amount of sunlight decreases, causing changes in melatonin levels and consequently, the body’s sleep-wake cycle. In susceptible people, this could result in sleep disorders and psychological problems.

Another theory relates to neurotransmitter levels. Research shows people with S.A.D. tend to have low or abnormal levels of serotonin (a precursor to melatonin), acetylcholine, and dopamine. The proper balance of these neurotransmitters is needed for a healthy mood.

Sun lamps are often the first line of treatment. They work for many people, but not for approximately 40% of patients. Luckily, there are other options to choose from.

For example, low doses of melatonin have been shown to improve the mood of S.A.D. patients. Other studies show L-tryptophan and St. John’s wort may also help, with some studies proving them equally effective as light therapy. In addition, it may also help to take nutrients that support the production of neurotransmitters such as vitamin B6, folic acid, and magnesium.

Feeling sad? Give it some serious consideration — perhaps it’s not just the time of year. If your “holiday blues” persist, there may just be more to the story.