How To Achieve Your Fitness Goals 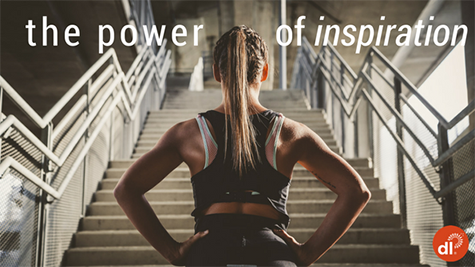 You can have all the strategies in the world to reach your health and fitness goals, but without two key elements, attaining those goals will be difficult, if not impossible. The missing pieces of the puzzle? Inspiration and motivation.

The two words get used interchangeably and although they’re connected, the two are different. “Inspiration is the match that lights you up, while motivation is the fuel that keeps the flame going,” says Amy Charland, wellness coach with the Mayo Clinic Healthy Living Program in Rochester, Minnesota. 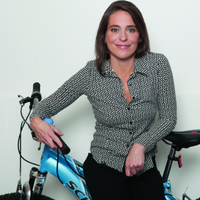 Take, for instance, Charly Laura Rok (left), 51, a publicist in New York City. More than a decade ago, she met Helene Hines, a woman who was running marathons despite having multiple sclerosis, which Rok’s cousin also suffered from. That gave Rok an idea: Why not run her first marathon in hopes of inspiring her cousin, who’s now in her 70s, to get out of a wheelchair?

“I told her I would run a marathon if she would talk to this amazing woman who was once in a wheelchair but got herself to walk and then run,” Rok says.

Yet while Rok was busy trying to inspire her cousin, it was her cousin and Hines who inspired her. That was about ten marathons ago, and although Rok’s cousin never fulfilled her end of the deal, Rok has kept running. What keeps her going? “I run marathons as a guide to people who need assistance,” she says. “As part of Achilles International, which pairs people who have disabilities with able-bodied runners to ensure a safe run, I run to finish with the athlete I’m paired with.”

As Rok learned, inspiration can come from any source—even surprising ones. You’ll know you’ve been inspired when you feel something light up inside you. “It’s that aha moment, where you feel a flash of energy inside you,” says Graham Betchart, MA, director of mental training for Lucid Performance and mental skills coach in San Francisco. Betchart works with some of the top players in the NBA. Yet because inspiration is fleeting, meaning that it can—and will—fizzle quickly, motivation becomes the more important piece of the puzzle. 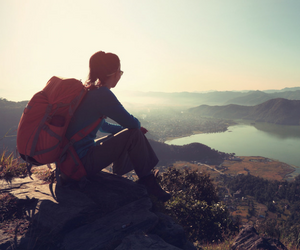 Motivation, however, can be tricky, namely because there are various types of it, and employing the right one can mean the difference between success and failure. For simplicity’s sake, motivation is categorized into two different types—external and internal—and as you might guess, internal motivation tends to last longer.

External motivation comes from somebody or something outside of you. That might be a physician or spouse telling you that you need to lose weight or the diet industry nagging you to do something. Trouble is, this type of motivation can lead to pitfalls. “It becomes a ‘should’ or ‘have to,’ which can create a sense of guilt or shame,” Charland says.

Meanwhile, internal motivation comes from within—for instance, you’ve decided to embark on a goal because it’s important to you—and science has proven that it’s more sustainable over the long haul. Researchers asked 87 physically inactive adults to complete a ten-week program of high-intensity interval training or moderate-intensity exercise and evaluated the reasons why these individuals did what they were assigned. Those who had more intrinsic motivation during the program were more likely to adhere to that program, and that greater level of adherence meant they improved their fitness level and body fat percentage more, according to a study in Health Psychology. “When someone is intrinsically motivated, they’re doing an activity because they enjoy it and find pleasure in doing it, they think it’s fun, or they enjoy the challenges associated with doing the activity,” says Cecilie Thøgersen-Ntoumani, PhD, and lead study author from Curtin University in Australia. “When you enjoy doing an activity, you’re more likely to keep doing it, whereas you tend to avoid activities you don’t enjoy or find meaningful.”

That’s why if exercising is your goal, choosing a type of exercise you like is key to intrinsic motivation. Can’t think of any activity you enjoy? Thøgersen- Ntoumani encourages you to focus on the benefits of doing it.

Of course, while some people have an easier time identifying their internal drive, others may struggle—but not for reasons you might suspect. “It’s not because they don’t have it in them, but because they don’t understand what it is that motivates them,” Charland says. With a little work, though, everybody can tap into his or her inner motivation. 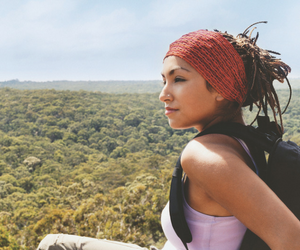 To discover what motivates you internally, start by asking yourself a few questions, Charland says. First, what do you truly desire in life? Also, how will achieving your health and wellness goals help you get what you desire?

Then as you’re setting your goals, make sure they not only hold meaning to you but also have a why behind them. “Finding the why will help you achieve lasting results,” says Erin Clifford, a holistic wellness coach in Chicago.

For instance, you want to give up sugar and processed foods because you’re on the verge of developing type 2 diabetes and you want to be around for your children and grandchildren. Or you want to lose 20 pounds because you just went through a divorce and you want to feel confident getting back into the dating game. “Both scenarios give you leverage to keep going even when your inspiration might be dwindling,” Clifford says. “By focusing on your why, you’ll feel renewed to get your lifestyle plan back on track.” 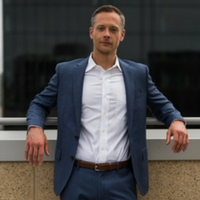 That’s what happened to Jonathan Jordan (left), 38, now a trainer at Equinox in San Francisco. For more than ten years, he’d been a successful—though extremely stressed, he admits—public relations executive and partner at a large consulting firm. Although he had money, awards and the respect of his peers, he was miserable. “My body and spirit were slowly dying,” he says, explaining that he used food and alcohol to cope with his stress.

During this time, Jordan began working with a personal trainer, and that’s when he came to a discovery. “The only time I was happy was when I was in the gym with her,” he says, adding that after years of struggling with addiction, he got sober. He was ready to make a change in life to do what truly motivated him, and four years ago, he switched careers to become a personal trainer and fitness blogger. Since then, he’s helped hundreds of clients and other trainers find their own paths toward health and balance in life.

Just make sure you don’t fall victim to a common mental trap that can sap your motivation. “People often use the same thinking from the past, which can deter them from meeting goals,” Charland says. For example, you try to adopt a new habit, you fail, and you ultimately throw in the towel. If you continue to view every new start as a win-fail situation, you’ll never excel. That’s why Charland recommends using an experimental mindset, viewing every situation with a curious mind.

For instance, if you’re using a food diary to track your intake, look at the data only as numbers without passing judgment. So you went over your calorie goal? Learn what you can from it so you can apply it to the next day, and then move on.

Most importantly, be in the now. Betchart encourages professional athletes to play present, which he recommends for everybody looking for lasting motivation. As he says, “Being in the present changes your self-talk and helps you tap into the joy of what you’re doing, which will ultimately keep your spark going.”