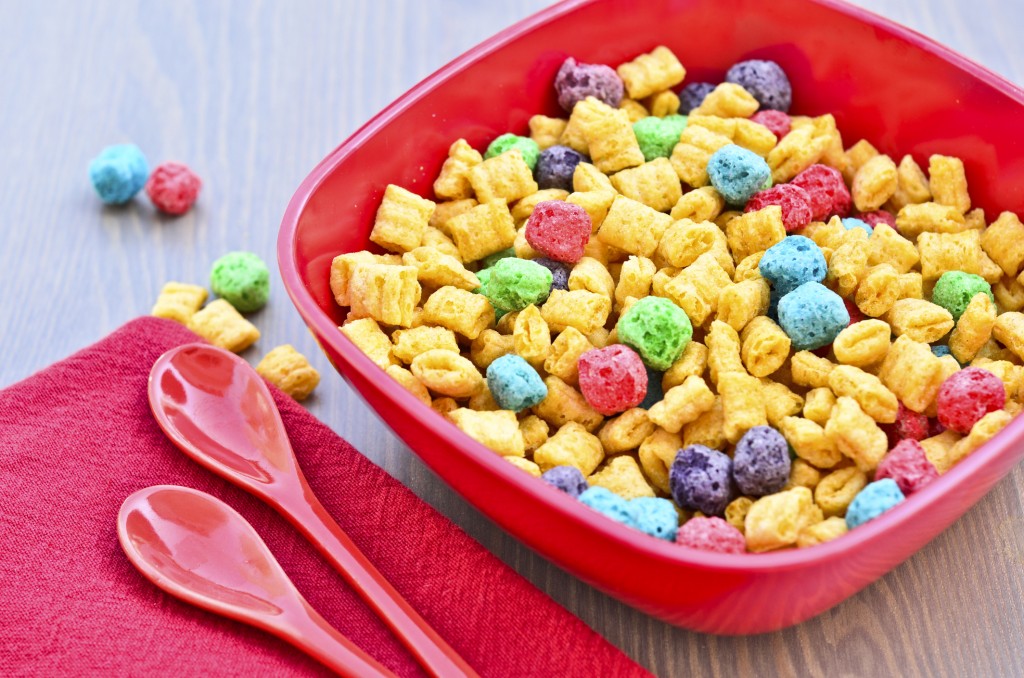 WASHINGTON- Kids who eat a bowl a day of the most popular pre-sweetened cereals could consume five to nine pounds more sugar a year than parents might think from reading nutrition labels, according to a new analysis by EWG.

The U.S. Food and Drug Administration recently announced that cereal makers must update the Nutrition Facts labels on packages to reflect larger, more accurate serving sizes. Because the FDA gave cereal companies more than two years to comply EWG is calling on General Mills, Kellogg’s and Post to update the information on their websites as soon as possible and to expedite changes to the labels on packages ahead of the FDA deadline. (EWG’s letter to cereal makers is here.)

“Breakfast cereals are the fifth-highest source of added sugar in the diets of children under 8, only behind sugary drinks, cookies, candy and ice cream,” said Dawn Undurraga, EWG nutritionist. “Parents who depend on the nutrition labels to tell them how much sugar is in cereal should know that current labels are based on what the average American ate in 1977, and their kids are eating up to twice as much sugar as the labels might lead them to believe.”

Parents who want to know the truth about sugar in cereals don’t have to wait for manufacturers to update their labels and websites. EWG’s Food Scores database now includes an online calculator that lets users see how much sugar is in various serving sizes.

When the FDA’s new standards kick in, none of the 10 most widely advertised kids’ cereals will meet the industry’s self-imposed limit on sugar in cereals advertised to kids set by the Council of Better Business Bureaus. According to Nielsen data compiled by the Rudd Center for Food Policy and Obesity, in 2011 the Big Three cereal makers spent a combined total of $207.7 million on TV advertising of the ten most heavily marketed kids’ cereals–– enough for the average 6-to-11-year-old to see 536 ads and the average preschooler to see 451.

“Cereal makers face a decision in 2018,” said Undurraga. “Will they reduce the sugar in their products or raise their self-imposed limit on brands marketed to children and continue to spend hundreds of millions to promote the likes of Cinnamon Toast Crunch as part of a healthy diet?”

In 2014 EWG reviewed 1,500 cereals, including more than 180 children’s brands and found that a child who eats a bowl of cereal a day for a year ends up consuming 10 pounds of sugar. That was based not on the current FDA serving size of 30 grams––what people ate 40 years ago––but on FDA data from 2003-2008 calculating that an average serving had grown to 39 grams.

The new rule raises the standard serving size to 40 grams––but an industry-funded study shows that even that larger serving size is much lower than what kids are actually eating. EWG’s new analysis found that a child who eats a “real-world” serving size every day would consume an additional 5.6 to 9.3 pounds of sugar a year.

“The FDA’s new rule is an important step toward giving parents more accurate information about how much sugar their kids get in cereal,” said Undurraga. “But cereal makers should go beyond the letter of the law by reducing the amount of sugar in their products and decreasing their marketing of sugary cereals to kids.”