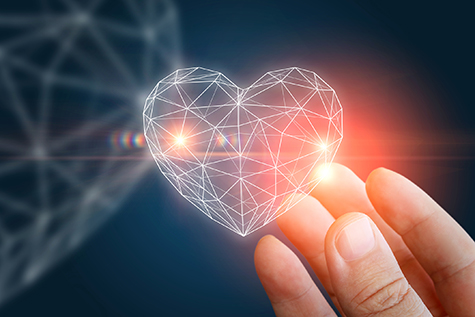 Dying heart cells cause an immune response that increases heart attack fatality, according to a study in mice led by UC San Diego and Harvard University researchers. Temporarily suppressing the immune response improved survival from about 60 percent to more than 95 percent, the study found.

If the results apply to people, it could result in new therapies to reduce the toll from heart disease, the country’s leading cause of death. But developing those therapies could take years.

Researchers found that DNA released from the dying cells triggers an immune response normally activated by viral infections. It begins with a previously unknown set of cardiac macrophages, immune cells that engulf pathogens and cellular debris.

The macrophages interpret the DNA as indicating a viral infection, provoking production of signaling proteins called interferons. These are made in response to infections as well as cancer. This leads to an inflammatory response that further harms the heart.

In the mouse model, blocking this response either genetically or chemically increased survival.

There is precedent to think that this therapy could work in people, the study said.

“Humans tolerate the anti-interferon biologics that are in clinical development for rheumatologic indications, suggesting the feasibility of targeting the interferon response in MI (heart attacks)”.