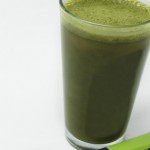 This will be a short article.

It deals with a problem suffered by about 20% of Americans. It is seen in young adults as well as the elderly and results in enormous lost productivity.

Life Extension® long ago published a solution to this debilitating condition, but mainstream physicians have not caught on. Some of our members have also overlooked what we previously wrote on this topic, so I’m going to make this simple and to the point.

Irritable bowel syndrome is a chronic disorder of the large intestine that causes belly pain, cramping, bloating, diarrhea or constipation. The “syndrome” is poorly named because it includes patients who almost never have diarrhea, but instead are unable to fully evacuate their bowels.

Backed up feces creates chronic discomfort, bloating, and pain. These individuals view diarrhea as a good event because it enables them to evacuate feces that otherwise would remain impacted in their colon and rectal areas.

A primary cause of this type of irritable bowel syndrome is insufficient or ineffective peristalsis. This means there is either not enough colon contractile activity or the contractile activity is disorganized and does not occur in the necessary rhythmic pattern needed to completely evacuate one’s bowels. The term peristalsis refers to a series of organized muscle contractions that moves food through the digestive tract.

Insufficient peristalsis is one of the main culprits behind much of today’s constipation epidemic. The encouraging news is that if one drinks the proper nutrients on an empty stomach (usually first thing in the morning), a surge of peristalsis will occur within an hour that cleans out most or all fecal matter. I will describe how easily one can implement this strategy.

In 1983, vitamin consumers were clamoring for higher potency vitamins, but did not want to swallow a lot of pills. A book about living longer became a best-seller, and its authors advocated taking nutrients in powder form to obtain more potency at a lower cost.

Life Extension was at the forefront in offering consumers a wide variety of powdered nutrients, some that are still popular today.

The most common customer complaint was that the vitamin powders were causing diarrhea. We worked closely with these individuals to lower the dose and advised that they take the nutrient powders only after they had consumed a meal. Some were able to slowly increase the dose of nutrient powders until their bodies developed a tolerance so that diarrhea would not be a problem. Others had to switch to capsules or tablets that released more slowly in the stomach, and thus did not generate an acute wave of peristalsis caused by the powdered nutrients.

Not everyone who experienced diarrhea complained. A number of members called us to state they had suffered chronic constipation most of their life, and taking these nutrient powders on an empty stomach completely cleared them out. They stated they had never felt better.

So for nearly two decades, we were recommending various nutritional “colon cleanses” to be done several times a week, always on an empty stomach to ensure more complete bowel evacuation. This approach was vindicated when published studies found that the failure rate for fiber was quite high in chronically constipated people.

The medical profession and the public are rightly fearful of exposing their digestive tract to harsh synthetic laxatives on a routine basis. On the other hand, ingesting nutrients that provide systemic beneficial effects enables people to ingest low-cost vitamins, minerals, and amino acids with the intended effect of promoting peristalsis and thorough fecal evacuation.

How to Implement this Regular Colon Cleanse

There are questionable ingredients contained in synthetic and natural products that claim a “colon cleaning” effect. You don’t have to experiment with these.

By taking nutritional powder mixes containing vitamin C with magnesium and/or potassium on an empty stomach, you’re likely to see immediate results within an hour or two. Vitamin B5 powder works this way too, but the taste is not tolerable.

Some people find a flavored powder mix of arginine, vitamin B5, and a lower amount of vitamin C produces the same results as high-potency vitamin C with magnesium mix.

It is important to drink lots of water after taking these powdered nutrient mixes as they will draw water from surrounding tissues into the colon to facilitate passage of feces. By increasing the volume of water in the intestine, stools are softened, intestinal muscle contraction is stimulated, and bowel evacuation is prompted.

Until an individual dose is ascertained by trial and error, these nutrient powders will create temporary diarrhea for many users. Those with chronic constipation can learn how to dose their powdered nutrients to achieve optimal individual relief.

Constipation develops when intestinal peristalsis is slow or not occurring at all. Feces are either temporarily or permanently trapped in the colon-rectum, in rare cases requiring surgery.

Constipation sufferers find it painful and difficult to have a bowel movement. Sometimes this is because the stool has hardened, but the underlying problem in many cases is insufficient peristalsis that can lead to long-lasting fecal impaction. Gastroenterologists are only beginning to understand this. Instead of recommending low-cost nutrients like vitamin C and magnesium powder, they are prescribing drugs like polyethylene glycol.

Polyethylene glycol (PEG) is used in both industrial manufacturing and medicine. You can find it on the shelves of most pharmacies without the need for a prescription. The question for those with unrelenting constipation is would you rather ingest an ingredient (PEG) used in detergents and organic solvents, or nutrients you may already be taking in tablet or capsule form for their health benefits? The medical establishment prefers you take polyethylene glycol (PEG).

Why Fiber Does Not Always Help

Doctors thought they had stumbled onto a great innovation when they started recommending fiber to constipated patients. Those who suffered insufficient peristalsis, however, do not always benefit from fiber. One reason that fiber fails is that it creates more fecal bulk than those with insufficient peristalsis are able to easily evacuate.

Irritable bowel syndrome of the constipation type has several causes, but the underlying insufficient peristalsis is what this article is addressing.

Instead of reverting to chemical laxatives, the proper nutrients taken at the right time can support soft fecal consistency and induce colonic peristaltic action without serious adverse effects.

There are convenient powdered formulas available that contain magnesium and potassium mixed with ascorbic acid that induce an evacuation of bowel contents within 30-90 minutes. Depending on the person, a few teaspoons (or, in some cases, 1-2 tablespoons) of a buffered vitamin C powder can produce a powerful but safe laxative effect.

Another approach is to use several teaspoons (or 1-2 tablespoons) of vitamin C and magnesium crystals that will evacuate the bowel within 30-90 minutes if taken on an empty stomach with several glasses of water. One of these powdered formulas provides 4,500 mg of vitamin C and 250 mg of magnesium in each teaspoon. The dose needs to be individually adjusted so it will not cause day-long diarrhea.

The suggested number of times these nutritional colon cleanses be used is about three times a week. Excess use may create tolerance and require higher dosing, which may not be bad for those who benefit from the nutrients.

Nutritional laxatives such as ascorbic acid mixed with magnesium are becoming more popular with enlightened individuals who have constipation that is resistant to fiber. Yet a search on Google reveals that polyethylene glycol (PEG) is the most highly recommended by the medical mainstream.

Chronic constipation is the number one gastrointestinal complaint in the United States, particularly among the elderly. Constipation accounts for more than 2.5 million physician visits a year and is among the most frequent reasons for patient self- medication.

The American Family Physician journal reported that constipation affects as many as 26% of elderly men and 34% of elderly women.19 Constipation is one of those health problems that has been related to diminished perception of quality of life.

Most individuals with uncontrolled constipation develop a variety of symptoms, ranging from large bowel pain, rectal discomfort, abdominal fullness, nausea, anorexia, and a general feeling of malaise. These people feel like they never completely evacuate their bowels. Severe chronic constipation may be accompanied by fecal impaction resulting in unexpected episodes of diarrhea, ulceration of the colon, and intestinal obstruction.

The good news is that there are natural solutions that can provide immediate relief.

Up until now, those who chose to use healthy colon cleanses had to drink powdered mixes that were not particularly palatable.

Mixing one or more teaspoons in eight ounces of water and drinking it on an empty stomach, followed by additional glasses of tea, juice, or water, can provide immediate rapid relief from sluggish bowel function that causes so much discomfort.

In the process of achieving rapid fecal evacuation, beneficial nutrients will be ingested that are often lacking in typical Western diets.

According to one study, 68% of American adults consumed less than the recommended daily allowance of magnesium. Women with the lowest magnesium intake have a 37% greater risk of sudden cardiac death.

Critics of the judicious use of nutritional laxatives fail to realize the ancillary benefits that aging humans can attain with higher intakes of vitamin C-magnesium that promote desired peristalsis and fecal consistency.