How vitamin D works against MS 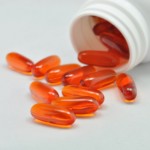 A report published on December 9, 2013 in the Proceedings of the National Academy of Sciences explains how vitamin D, long suspected to play a role in the prevention of multiple sclerosis (MS), works to protect against the disease.

Acting on the finding of previous research of a preventive benefit for vitamin D in a mouse model of MS, Anne R. Gocke, PhD, and her associates at Johns Hopkins University tested the effects of the bioactive form of vitamin D known as 1,25-dihyroxyvitamin D3 [1,25(OH)2D3] and found that administration of the vitamin prevented the animals from showing symptoms. They observed that immune system cells known as T helper cells, which attack myelin (the protective sheath that covers the nerves) in MS, were abundant in the animals’ bloodstreams, but few had migrated to their brains and spinal cords, which make up the central nervous system. Upon cessation of vitamin D treatment, the animals rapidly developed symptoms, showing that vitamin D temporarily halts the disease.

“With this research, we learned vitamin D might be working not by altering the function of damaging immune cells but by preventing their journey into the brain,” stated Dr Gocke, who is an assistant professor of neurology at the Johns Hopkins University School of Medicine. “If we are right, and we can exploit Mother Nature’s natural protective mechanism, an approach like this could be as effective as and safer than existing drugs that treat MS.”

“Vitamin D doesn’t seem to cause global immunosuppression,” she noted. “What’s interesting is that the T cells are primed, but they are being kept away from the places in the body where they can do the most damage.”

Johns Hopkins is currently conducting a trial of vitamin D in MS patients that will help determine whether supplementing with the vitamin is beneficial to humans.