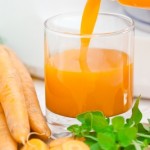 After accepting the head coaching position with the Marin Catholic High football program in the spring of 2010, Mazi Moayed was understandably excited. He was taking over a team which had just played for a state championship and which appeared positioned for future success as well.

Unfortunately for him, life interrupted his dream as within in weeks of taking over, he learned he had cancer. Fortunately for him, as he prepares his 2013 team for the fall season — practice officially begins Monday — his is a story which has thus far had a happy ending. Tests over the past two years show him to be cancer-free.

The journey to good health, though, included some trying times.

“Initially I started having a little pain in my lungs and I started to get a growth in my leg, in my left thigh close to my hip area,” Moayed said. “I initially thought it may be a zit or a cyst but it continued to grow at a rapid pace. From probably around early March to mid-April is rapidly grew really fast. And my lungs hurt off and on.”

Moayed tried to ignore the symptoms, but eventually, his thoughts cornered him in the middle of one April night. Worried that he might have a blood clot, he went to the emergency room at Kaiser Hospital’s Terra Linda facility. Within days — a crucial doctor’s exam on his birthday made it clear the growth in his leg was not just a cyst — Moayed knew bad news was coming.

“I ended up getting surgery (to remove the tumor from his leg) on the first day of football, it was a Monday,” Moayed recalled. “I got surgery at Kaiser in Oakland and got the tumor removed. The next day I was at practice. I was limping just waiting for the news. I got a call back on Thursday that it was a cancerous tumor and it was malignant. He was telling me and it kind of went through me — right through my bones.”

The official diagnosis was a high-grade soft-tissue sarcoma, an aggressive form of cancer that is more typically found in children. Given the tumor and the presence of four lesions in his lungs that showed the cancer was spreading, Moayed’s oncologist recommended more surgery on his leg to determine if cancerous cells remained as well and a procedure to examine the lesions in his lungs. Chemotherapy and radiation treatment would then follow.

“My fiancee at the time Lori (who is now his wife) and my family were startled and shocked at the news, as was I,” Moayed said. “Honestly, at that point in time I was ready to do it. I was excited about the season ahead and was just getting rolling. I was like, ‘Whatever you want to do, let’s do it.'”

But before that happened, his sister Mouna convinced him to check out a book about alternative cancer treatments, “Knockout,” written by Suzanne Somers.

“To be honest, I was a big skeptic initially,” Moayed said. “I was like, heck, I’m going to be at a good hospital with good doctors who see this on a daily basis. I just thought, what other way could there be? But I talked to Lori about it, I talked to my family about it, and I decided to at least find out who are some doctors who I can talk to in this field. Initially I did it for my family and to keep my options open. But I was a very big skeptic.” But after being steered by the book to alternative medicine advocate Burton Goldberg, who lives in Tiburon, Moayed began rethinking his plan. Against his oncologist’s advice, Moayed enlisted the help of a doctor in Huntington Beach and another in Chula Vista who put him on a holistic plan to treat his cancer.

The plan involved a change of diet, taking antioxidant and other supplements, chelation and juicing aimed at boosting his immune system.

“When he decided what the course of treatment was going to be, I was a little bit hesitant,” Lori Moayed said. “I wanted to know more. I had never heard of the holistic route for cancer, I had always heard of going to the hospital and having chemo.

“After he did the first treatment, it was about a month when I became more comfortable. His blood tests starting coming back clear.”

Through it all, Moayed said he had plenty of support from family, friends, the football players and staff and the Marin Catholic community.

“It was really, really a bonding moment because our leader — our fearless leader — was fighting that battle,” former Marin Catholic standout Chris Tewhill said. “When someone like that, who is dedicating his whole life to the football team, takes time off, you knew it was really important.

“So we all kind of stepped up to the plate as leaders and tried to grab hold of the team and the other coaches did a great job. After everything, it was really inspiring experience because (Moayed) didn’t even bat an eye. He just changed his lifestyle to overcome it and he did. It was just an incredible, incredible thing to see.”

“He was the same guy through it all,” said Marin Catholic assistant coach Peter Almlie, who Moayed described as being like a brother to him throughout the process. “He went right after it. He did all kinds of research and got all kinds of people involved with traditional and alternative ways. And he went after it. Of course, at first I was definitely concerned and worried. But once I could see he had a plan, and the way he was going after it, I was very optimistic that everyone was going to be fine.”

Moayed said he felt terrible during the first couple weeks of treatment in Southern California. But after that rough start. But by the time his month-long stay was over, he said he knew he was on the path to recovery.

And subsequent examinations by his oncologist backed him up. A PET scan — an imaging test that searches for disease in the body — taken about four months after the surgery to remove the tumor from his leg showed progress.

“I started to get PET scans and my scan came up clear for my lungs and nothing was showing in my leg,” Moayed said. “I was still going to my oncologist. I told him about my plan and he didn’t agree with it, but at the end he respected it.”

Today, Moayed is happy and healthy.