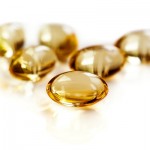 The 2015 American Society of Cancer Oncology (ASCO) Gastrointestinal Cancers Symposium held in San Francisco was the site of a presentation on January 12, 2015 concerning the finding of longer average survival among colorectal cancer patients with higher vitamin D levels in comparison with those whose levels were low.

Researchers at Dana-Farber Cancer Institute analyzed data from 1,043 patients with colorectal cancer enrolled in a clinical trial that evaluted the effects chemotherapy plus the biologic therapies bevacizumab and/or cetuximab. Plasma 25-hydroxyvitamin D levels were measured at the beginning of the study and dietary questionnaire responses were analyzed for vitamin D intake from food and supplements.

Being older or African-American, having a low intake of dietary or supplemental vitamin D, participating in a reduced amount of physical activity, having a high body mass index, and other factors were associated with significantly lower vitamin D levels. Patients whose plasma vitamin D levels were among the top 20% of subjects at an average of 27.5 nanograms per milliliter (ng/mL) survived a median of 32.6 months in comparison with 24.5 months among those whose levels were among the lowest at an average of 8 ng/mL. Higher vitamin D levels were also associated with improved progression-free survival. Exclusion of subjects who died within three to six months of vitamin D measurement failed to modify the results.

“This is the largest study that has been undertaken of metastatic colorectal cancer patients and vitamin D,” stated lead author, Kimmie Ng, MD, MPH, who is a medical oncologist in the Gastrointestinal Cancer Treatment Center at Dana-Farber Cancer Institute. “It’s further supportive of the potential benefits of maintaining sufficient levels of vitamin D in improving patient survival times.”