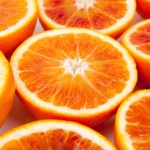 The November 2013 issue of the American Journal of Clinical Nutrition reports a protective effect for higher plasma vitamin C levels against gastric adenocarcinoma in Chinese men and women.

The current study involved follow-up participants in the Linxian General Population Nutrition Intervention Trial, which concluded in 1991. Blood samples collected between 1999 and 2000 were analyzed for plasma vitamin C levels. Four hundred sixty-seven men and women diagnosed with gastric adenocarcinoma and 618 subjects with esophageal squamous cell carcinoma were compared with 948 subjects who did not have the diseases.

Authors Tram Kim Lam and colleagues remark that vitamin D may help protect the cells from oxidative DNA damage and other adverse effects of H. pylori infection, which is a common cause of gastric cancer. They note that H. pylori is not believed to increase the risk of esophageal squamous cell cancer, which could explain the lack of protective effect for vitamin C against this type of cancer that was observed in this study.