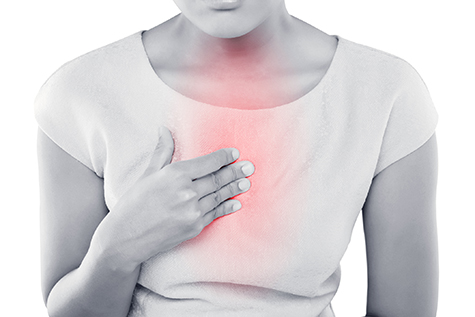 Although popular Fourth of July foods such as hamburgers and hot dogs can trigger heartburn, sufferers may want to rethink the use of popular over-the-counter remedies, which a new study links to early death.

Researchers at the Washington University School of Medicine in St. Louis concluded that prolonged use of proton pump inhibitors (PPI), which suppress the secretion of stomach acid and is found in popular heartburn medications such as Prilosec, Nexium and Prevacid, increased an early risk of death by 25 percent, compared to people who used H2 blockers, another known inhibitor of stomach acid.

The study, titled “Risk of death among users of Proton Pump Inhibitors,” was based on an analysis of medical records from the U.S. Department of Veterans Affairs and was published online Tuesday in the BMJ Open Journal.

“The results suggest excess risk of death among PPI users,” the researchers wrote. “Risk is also increased among those without gastrointestinal conditions and with prolonged duration of use. Limiting PPI use and duration to instances where it is medically indicated may be warranted.”

Dr. Ziyad Al-Aly, the study’s lead author, told CBS News that the goal of the research was to examine the extent of the negative health effects of PPI.

“We started thinking, if this is really true that PPIs are associated with all of these adverse events, does that translate to a higher risk of death, an increased risk of mortality,” he said.

A number of negative health effects are associated with these over-the-counter medications, including kidney disease, bone fractures, dementia and less supported but equally worrying cases of pneumonia and cardiovascular events.

Alternatives such as Zantac, Pepcid and Pepcid AC include H2 blockers, which also decrease the production of stomach acid.

Researchers followed medical records for over 275,000 people using PPIs and over 73,000 veterans taking an H2 blocker. The subjects were first prescribed between October 2006 and September 2008 and followed for risk of death through five years.

The researchers noted that PPIs are widely used by millions of people without medical supervision.

“They are often overprescribed, rarely deprescribed and frequently started inappropriately during a hospital stay, and their use extended for long-term duration without appropriate medical indication,” the authors wrote.