Got Milk Thistle? It Does the Body (and Liver) Good 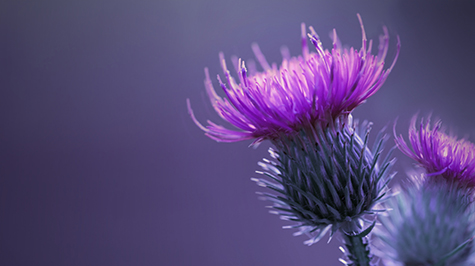 Milk thistle, a liver cleansing herb, was so important to early American settlers that colonists brought it over from Europe as part of their traditional medicine supply. Milk thistle grows throughout the world – in Africa, Australia, Asia, the U.S. and South America. The mature plant boasts identifiable bright purple flowers. Milk thistle is also commonly called silymarin because of the health-promoting antioxidants, particularly silybin.  It really is a tonic for the liver and is used to treat toxic liver damage caused by alcohol, chemicals and even chemotherapy. It has been used in ancient medicine and among herbalists to treat liver disease and gallbladder disorders. There is reference to it even in the bible and it has also been used in Indian and Chinese traditional medicine and by Greek and Roman herbalists. In addition to this traditional use, medicinally, milk thistle is used to treat: 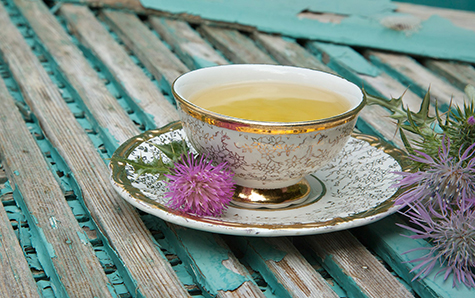 Not only has milk thistle proven effective for many health issues, it is also generally safe when used appropriately. Higher doses (up to 2100mg) have been used in humans for up to 48 weeks in studies. There is some fascinating research about the use of milk thistle to decrease blood sugar and hemoglobin A1c by 1-1.5% in people with type 2 diabetes. There is mixed research about its use for treating alcohol-related liver disease, but some people do use it to support liver health in this population. 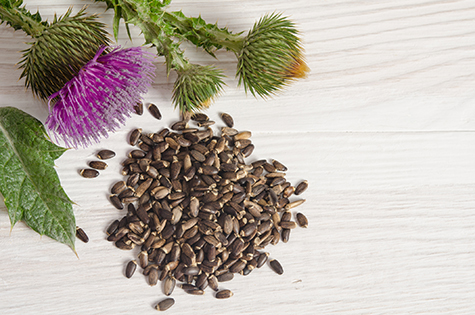 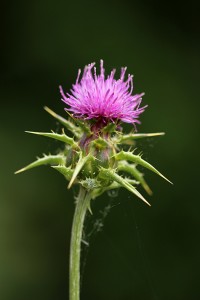 Silymarin is an antioxidant and binds to toxins in liver cells. In animal studies, it has been shown to reduce liver injury caused by drugs like acetaminophen, iron overload, alcohol and even radiation. It also has anti-inflammatory properties and can support the immune system. Clinically, it has been shown to decrease liver enzymes (ALT and AST).

There are a few safety considerations to keep in mind with milk thistle. There is insufficient evidence to understand if it is safe to use while pregnant or breastfeeding.  It has also been reported to cause a laxative effect so use caution as it can cause diarrhea, nausea, or abdominal bloating. It’s always possible to have an allergic reaction to an herb so anyone sensitive to the Asteraceae/Compositae family should use caution. Generally, milk thistle carries lower safety warnings than other herbs.

Have you used milk thistle for your health? Let us know in the comments!