Got Heartburn? Don’t Ignore It 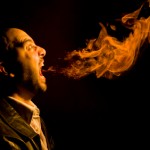 WALNUT CREEK, Calif. – James Revier, of San Jose, Calif., had no idea his heartburn was anything more than a nuisance until six years ago, when a piece of beef became logged in his esophagus and sent him to the emergency room.

The on-call internist removed the meat and suggested Revier see a gastroenterologist for the lingering redness. It’s a good thing he did. Revier had developed Barrett’s esophagus, a condition caused by prolonged acid reflux. Over time, it produces cellular changes which can lead to adenocarcinoma, a type of esophageal cancer.

“I’d had acid reflux for 15 years but never thought much about it,” says Revier, now 64. “Everybody talks about having heartburn.”

Scary, isn’t it? A condition as common as the cold can cause cancer. An even scarier thought is that antacids like Nexium, the No. 2 prescribed drug in 2010, according to health data firm IMS, won’t prevent it. And the obesity epidemic is only exacerbating the problem, making esophageal cancer the fastest growing cancer diagnosis in the United States, up 300 to 400 percent since the 1970s, says Revier’s physician, Dr. Ann Chen, director of endoscopic ultrasound at Stanford University School of Medicine.

If caught early, however, Barrett’s esophagus is treatable. That’s why Chen and other health advocates are launching public awareness campaigns urging patients, especially white males older than 50 with persistent heartburn, to have an endoscopy, a procedure to examine the esophagus and gastrointestinal tract.

“Heartburn is a way of your body telling you there’s something wrong,” says Chen, assistant professor of gastroenterology at Stanford University School of Medicine. “Unfortunately, enough physicians don’t ask about it, and patients don’t tell.”

While there have been significant medical and surgical advances in the treatment of esophageal cancer, the survival rate is still grim. The National Cancer Institute estimates 17,500 new cases and 15,000 deaths in 2012. By comparison, of the 226,000 new cases of breast cancer projected for this year, 39,000 cases will likely end in death.

Only one in five people diagnosed with esophageal cancer will survive five years, according to Mindy Mintz Mordechai of the Esophageal Cancer Action Network, a Baltimore-based nonprofit dedicated to raising awareness about the link between esophageal cancer and acid reflux.

“We want the link between heartburn and cancer to become as well-known and understood as the need to wear sunscreen when outdoors,” says Mordechai, who lost her husband, Monte, to esophageal cancer in 2008. He lived with acid reflux for years, and, like most people, treated it with over-the-counter medications. By the time he was examined and diagnosed with Stage 3 adenocarcinoma, the acid was so persistent that he would choke when lying down, Mordechai says. He also had other advanced symptoms, such as a hoarse voice, chronic cough, choking on food and pain while swallowing.

Robert Rose, of San Ramon, Calif., knew something was wrong when he developed a bubble in his throat every time he wanted to swallow. An endoscopy during a routine screening revealed esophageal cancer. Subsequent surgery revealed 14 malignant lymph nodes.

Since his diagnosis in 2010, Rose has had chemotherapy and surgery to remove his esophagus and construct a new one from his stomach.

Rose was also significantly overweight and drank alcohol regularly, factors that increase the chance of developing esophageal cancer, says his physician, Dr. Wilson Tsai, co-director of the thoracic surgery program at John Muir Hospital in Walnut Creek, Calif. Smoking and not eating vegetables are also thought to be culprits.

Obesity can be a factor because “as you get bigger, the hole in the diaphragm gets wider, distorting the lower esophageal sphincter and causing more acid to splash up,” Tsai says.

Proton pump inhibitors, such as Nexium, only neutralize or reduce stomach acid. They mask the problem, Tsai says.

“It’s like having a screw loose,” he explains. “If you take something to mitigate the symptoms, you might not hear the screw anymore, but it’s still loose.”

Tsai says patients with chronic acid reflux or hiatal hernia, which can cause acid reflux, should fix the problem with a minimally invasive surgery that strengthens the valve between the esophagus and stomach and stops acid from backing up into the esophagus.

While there is no guarantee against cancer, surgery may have prevented Revier from developing Barrett’s esophagus.

“It’s one of those things that quietly eats away at you and changes the cells over time,” he says. “I’m just glad I did something about it.”

We put our money behind those numbers. In 2010, Americans spent $6.2 billion on Nexium, which is prescribed to treat gastroesophageal reflux disease, or GERD, making it the No. 2 top-selling drug behind Lipitor, the cholesterol medication.