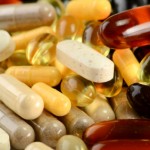 Two flawed studies, a rehashed review, and an editorial published in the December 17th issue of the Annals of Internal Medicine have attempted to discredit the value of multivitamin supplements.

Both of the studies were plagued by grievous methodological flaws.

In one of the studies, subjects were given low-quality, low-potency multivitamin supplements. Treatment adherence rates and drop-out rates were horrendous in the studies. Nevertheless, mainstream sources are using these reprehensible studies to undermine dietary supplements.

The first study examined the cognitive effects of low-potency multivitamin supplementation in aging male participants.  Not surprisingly, the conclusions in the present analysis question the value of multivitamin benefits for cognition.

In the other study, subjects with a history of heart attack were given a multivitamin supplement or placebo and monitored for about 4.5 years for cardiovascular events.

Despite succumbing to heinous design flaws, this study actually revealed evidence that multivitamins reduced cardiovascular risk. However, the investigators constructed the study so as to ignore anything short of miraculous cardiovascular risk reduction, so the conclusion drawn questions multivitamin benefits.

These major gaffes in study design and methodology are not being discussed by conventional sources or the media. Instead, these untoward studies are fueling the mainstream effort to undermine high-quality dietary supplements.

Concerns with the Cognitive Function Study

Subjects in the first study were considered to have adhered to their multivitamin regimen appropriately if they took it just two-thirds of the time. In other words, even subjects who skipped their multivitamin 4 months out of the year were deemed “adherent” to the intervention.

In addition, the method by which adherence was assessed in this study is inherently weak. Study subjects were simply asked to report how adherent they were to their assigned intervention once a year. This approach is based on recollection and is particularly prone to bias. More rigorous studies properly measure compliance by asking participants to return unused study product so adherence can by directly quantified.

The multivitamin utilized in this study contained woefully inadequate nutrient concentrations. For example, the formula contained only 60 mg of vitamin C, 25 mcg of vitamin B12, and 20 mcg of selenium.

Health-conscious people know that these abysmally small nutrient doses are very unlikely to deliver any considerable health benefits. Even the researchers state a limitation of their study is “[the] doses of vitamins may be too low…”

Some Cognitive Benefits Despite Low Dose

Despite the low potency vitamins used in this trial, benefits were seen in the multivitamin group. For example, after 2.5 years of treatment with the low potency multivitamin, there was an improvement seen in cognitive function compared to controls, although this did not reach statistical significance.

Vitamins B6, B12, and folic acid are important for methylation reactions that are crucial to the health of brain tissue. Deficiency of these nutrients is associated with severe impairment of brain function. One placebo-controlled trial revealed that men and women with mild cognitive impairment who were supplemented with vitamins B6, B12, and folic acid for 24 months experienced 29% less brain atrophy and higher cognitive test scores compared to those who received placebo.

Evidence strongly suggests that vitamin A exerts actions on brain physiology and behavior in adult life. For example, an active metabolite of vitamin A, retinoic acid, is a potent signaling molecule in the brain and helps regulate nerve cell growth, nerve survival, and synaptic plasticity.

In a double-blind, placebo-controlled clinical trial involving over 200 healthy middle-aged individuals, subjects were given either a multivitamin or placebo for more than two months, and both groups were then assessed for cognitive function. It was shown that those taking the multivitamin displayed less fatigue during extended cognitive challenges and were more accurate. Also, those taking multivitamins were able to more quickly complete mathematical processing tests than subjects receiving placebo.

An 8-week, double-blind, placebo-controlled trial of multivitamins in men aged 50 – 74 was published in 2012 by Australian researchers. They found that multivitamin supplementation significantly improved some aspects of memory and concluded that “… relatively short-term supplementation with a multivitamin can benefit […] risk factors for cognitive decline.”

Concerns with the Cardiovascular Event Study

In the cardiovascular event study, a staggering 46% of subjects discontinued the multivitamin regimen during the study.

It is incomprehensible that the investigators felt it was acceptable to generate an analysis of efficacy when nearly half of the active-treatment group failed to adhere to the treatment. In addition, it is reprehensible that the editors at the Annals of Internal Medicine allowed this methodologically flawed research to be published in their journal.

Two figures included in the report demonstrated reduced cardiovascular event rates for the multivitamin group, although these did not reach statistical significance. This benefit generally increased over the duration of the 4.5 year follow-up period.

For example, despite concluding that multivitamins don’t protect against cardiovascular risk, the investigators did find an 11% reduction in their primary endpoint (composite of time to death from any cause, heart attack, stroke, coronary revascularization or hospitalization for angina) among those taking multivitamins.

Also, there was an 18% reduction in the secondary endpoint (composite time to cardiovascular death, heart attack or stroke).

A major part of study design involves defining effect thresholds that can be statistically elucidated based upon the number of subjects and trial duration. In this study, the authors designed the trial to detect a 25% reduction in cardiovascular risk. In other words, for this trial to conclude that multivitamins provide cardiovascular benefit, the intervention would have had to eliminate 1 in 4 cardiovascular event outcomes.

By setting the bar for efficacy so high, this study was set up to conclude that multivitamins would provide no benefit from the outset.

Diabetes is one of the strongest known risk factors for cardiovascular disease. Therefore, it is critically important that any study examining cardiovascular outcomes make sure that all groups of participants have similar baseline rates of diabetes. If not, the group with greater diabetes frequency will almost certainly have disproportionately higher cardiovascular risk.

In this flawed Annals of Internal Medicine study, subjects in the multivitamin group had a higher rate of diabetes at baseline than those who received the placebo. This difference in diabetes rate may have biased the results.

Although the researchers who conducted this study referred to the multivitamin preparation as “high-potency,” one of the most critically important components for cardiovascular health was virtually absent from the formula.

The multivitamin utilized in this study contained a mere 100 IU of vitamin D.

Life Extension advocates having at least 2,000 IU of vitamin D in a multivitamin with increasing levels to maintain 25-hydroxy vitamin D levels of 50 – 80 ng/mL.

Another critical heart-health nutrient is vitamin B12. It lowers levels of the blood-vessel-damaging amino acid homocysteine, which is associated with cardiovascular risk.

The multinutrient formula used in this flawed study contained 100 mcg of vitamin B12. Life Extension advocates for having 300 – 600 mcg of vitamin B12 in multivitamin formulas with increasing doses as needed to maintain optimal homocysteine levels of <8 µmol/L.

In fact, several studies show that patients with advanced cardiovascular disease exhibit normal plasma levels of alpha tocopherol but have substantially lower levels of gamma tocopherol. In a seven-year follow-up study of more than 334,000 postmenopausal women with no previous heart disease, greater intake of dietary vitamin E — consisting predominantly of gamma tocopherol — was strongly associated with a lower risk of death from cardiovascular disease. The data did not appear to demonstrate a similarly protective role for supplemental alpha tocopherol.

The Editorial Downplays the Researched Benefits of Vitamins and Minerals

Despite the opinions shared by the authors of the editorial, other research has shown multivitamins protect against cancer and cardiovascular disease.

For example, the Physician’s Health Study II (PHS-II) found that multivitamin supplementation was associated with an 8% reduction in overall cancer incidence and a 12% reduction in cancer death after 11.2 years of follow up.

In addition, the Supplementation in Vitamins and Mineral Antioxidants Study (SU.VI.MAX) found a 31% reduction in total cancer incidence in men that supplemented with a multivitamin.

When SU.VI.MAX’s results in men were combined with the PHS-II results, the risk for all cancer incidence was reduced over 10 years of follow-up.

The PHS-II study also found a 39% reduction in fatal heart attack risk in those taking a multivitamin.

In addition, several trials have shown considerable benefits associated with supplementation. A small sample of the vast number of robust studies that support vitamin and mineral supplementation is provided below.

A 2013 study that enrolled 88,045 postmenopausal women reported that vitamin B6 and riboflavin intake from diet and supplements reduces the risk of colorectal cancer in postmenopausal women, and a 2007 study that enrolled 81,184 subjects found that low vitamin B6 intake is associated with an increased risk of colorectal cancer.

Another 2013 study that examined 77,446 men and women aged 50 – 76 found an inverse relationship between dietary selenium and the risk of pancreatic cancer.

Based upon an analysis of these studies and the existing research, Life Extension continues to recommend members supplement with a high quality multivitamin containing physiologic doses of a broad array of vitamins and minerals, along with high-dose omega-3s, vitamin D, curcumin, coenzyme Q10, PQQ, carnosine, lipoic acid, other nutrients and hormones that play crucial roles in maintaining optimal health.