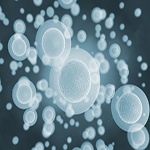 A healthy and balanced diet, as well as probiotics, have been known to be helpful in preserving gastrointestinal health for quite a long time. But it is only recently that the underlying mechanisms have become somewhat clearer. A rapidly increasing body of knowledge promises to further clarify the effects of our daily food on the gut microbiota and to indicate more targeted applications of probiotics in the near future.

This was one of the topics presented at the Gut Microbiota for Health World Summit in Miami, FL. On March 8 and 9, 2014, internationally leading experts discussed the latest advances in gut microbiota research and its impact on health.

“Diet is a central issue when it comes to preserving our gastrointestinal health, because by eating and digesting, we literally feed our gut microbiota, and thus influence its diversity and composition,” says the distinguished microbiota expert Professor Francisco Guarner, University Hospital Valld’Hebron, Barcelona, Spain. “If this balance is disturbed, it might result in a number of disorders, including functional bowel disorders, inflammatory bowel diseases and other immune mediated diseases, such as celiac disease and certain allergies. Also, metabolic conditions, such as type 2 diabetes, and perhaps even behavioral disorders, such as autism and depression, can be linked to gut microbial imbalances. Although a disrupted microbial equilibrium can have many causes — infectious pathogens or use of antibiotics among them — the role of our daily food and lifestyle is crucial. Thus, the maintenance of our gastrointestinal health is to a considerable extent in our own hands.”

What does this mean with regard to our daily diet? According to Prof. Guarner, an increased intake of foods with high amounts of animal fat, as well as of greasy and fried foods, is not recommended, while a diet rich in vegetables, salads and fruits has proven to be beneficial to digestive health under normal circumstances. The same applies to fermented dairy products containing probiotics. These are defined by the World Health Organization and the Food and Agriculture Organization of the United Nations as live organisms which, when ingested in adequate amounts, confer a health effect on the host.

“The crucial challenge is to clearly determine which organisms are beneficial and exert a preventive or therapeutic effect. And, for those that can duly be termed ‘probiotics,’ the range of applications has to be defined more precisely than has been done so far,” says Prof. Guarner.

However, he points out that important steps in this direction have already been made: “The mechanisms underlying the beneficial outcome of probiotics are becoming increasingly clear. Through different molecules, probiotics interact with the host via various mechanisms and pathways. Some probiotics, for example, can hold pathogens at bay: by improving the intestinal barrier function, they defend the host against disease-causing microorganisms trying to invade.”

According to Prof. Guarner, further useful “services” of probiotics include strengthening the immune system by stimulating immune mechanisms inside and outside the gut, helping to regulate the gut motility, and acting as anti-inflammatory compounds in the gut, with an impact beyond the gut. A generally important ability of probiotics that affects various digestive disorders consists in improving the gut’s microbial composition and preserving its stability. Meanwhile, medical societies, such as the World Gastroenterology Organisation and the European Society for Primary Care Gastroenterology, have provided doctors with guidelines informing them about which probiotics have beneficial effects on which gastrointestinal conditions.

Probiotics have beneficial effects at all stages of life, including the very early ones. Professor Brent Polk, University of Southern California and Children’s Hospital Los Angeles, California, points to studies that show the beneficial effect of certain probiotics on gastroenteritis, colic, eczema, diarrhea and necrotizing enterocolitis (a condition in premature children that leads to tissue death in parts of the bowel) in children. Moreover, according to several prevention studies, probiotics, such as the thoroughly investigated Lactobacillus rhamnosus, may support disease prevention in children who tend to have a reduced microbiota diversity as they are not breast-fed, have been exposed to antibiotics or are born via Caesarean section. In all these cases, the development of a rich and balanced gut microbiota is likely to be delayed or impeded.

As Prof. Polk points out, for the treatment of certain patients, such as immuno-compromised individuals, who are prone to bacterium-associated infections, it can also be advisable to replace probiotic bacteria with probiotic-derived products. First achievements in this line of research have already been gained. Prof. Polk and his colleagues identified a probiotic bacteria-derived soluble protein (p40) from Lactobacillus rhamnosus, which they tested in mouse trials. They could show that the probiotic-derived substance prevented a certain form of cell death — induced by malfunctioning proteins that normally regulate the cells’ growth and differentiation — in the epithelial cells of the colon. As p40 activates specific receptors in the intestinal epithelial cells, it protects the bowel from inflammation.

The microbial communities that reside in the human gut and their impact on human health and disease are one of the most exciting new areas of research today. To address the most recent advances in this rapidly developing field, scientists and health-care professionals from all over the world came together at the Gut Microbiota for Health World Summit in Miami, FL, on March 8 and 9, 2014. The meeting was hosted by the Gut Microbiota & Health Section of the European Society of Neurogastroenterology and Motility (ESNM) and the American Gastroenterological Association (AGA) Institute, with the support of Danone.