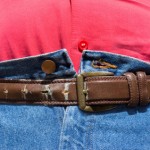 An article published online on August 6, 2013 in the journal Obesity Research & Clinical Practice reveals a greater likeliness of dying from prostate cancer among overweight or obese men in comparison with those of normal weight.

The case-control study involved 751 Kaiser Permanente patients who underwent radical prostatectomy for prostate cancer. Three hundred twenty-three men who died from the disease were compared to 428 matched survivors.  The men were classified as healthy, overweight or obese according to body mass index (BMI) at the time of diagnosis.

Nearly 43% of the subjects had a BMI of 25 or more (categorized as overweight). Among those who died from prostate cancer, 30% were considered obese, with a body mass index of 30 or more, in comparison with 22% of the control group. Researchers Reina Haque, PhD and colleagues observed that obese men had an adjusted 50% greater risk of dying from prostate cancer than those with a healthy BMI.  The greatest impact of being overweight or obese was observed among those with Gleason scores of 8 or more, which indicate aggressive disease.

“We found among patients undergoing surgical treatment for prostate cancer, weight at time of diagnosis is more strongly correlated with prostate cancer survival than many other factors researchers have studied in the past, including some prostate cancer treatments,” stated Dr Haque, who is a researcher at Kaiser Permanente Southern California’s Department of Research & Evaluation in Pasadena, California. “Moving forward, we are hoping future studies will examine the effect of weight loss and other lifestyle modifications on prostate cancer mortality.”