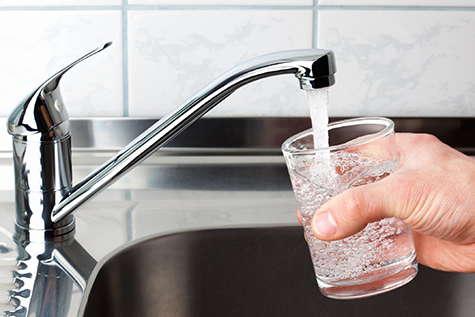 Since 2005, Environmental Working Group’s Tap Water Database has been the authoritative source for consumers, journalists and researchers who want to know about contaminants in the nation’s drinking water. The latest peer-reviewed study using the database, conducted by the Silent Spring Institute and EWG, found that Hispanic communities are disproportionately exposed to the fertilizer chemical nitrate in their drinking water.

EWG’s database shows that nitrate contaminates the public water supplies of almost 1,700 communities at levels that could increase the risk of cancer and harm fetal development. Research by the National Cancer Institute and European studies show that the risk of colorectal cancer is elevated for people drinking water that contains nitrate at half of the outdated legal limit first established in 1962 and adopted by the Environmental Protection Agency under the Safe Drinking Water Act.

The Tap Water Database, last updated in 2017, aggregates test data from 50,000 water utilities nationwide and measures the levels of contaminants found against the best, most up-to-date science on the pollutants’ health effects. It has supported a wide range of independent research that provided the first-ever nationwide assessments of contaminants, including the “Erin Brockovich” chemical hexavalent chromium, radium and other radioactive elements, and the weedkiller atrazine.

The free, user-friendly database also advises consumers how to protect themselves from exposure to the many contaminants for which federal or state regulations lag behind current scientific research.

“This is the most comprehensive and authoritative summary of what is found in America’s drinking water,” said Chris Campbell, EWG’s vice president for information technology and the chief architect of the database, who was also a co-author of the new nitrate study. “It has become the go-to guide for consumers and an influential tool for researchers and the news media.”

The new study by Silent Spring and EWG found that public water systems with higher nitrate levels also tend to serve communities with higher proportions of Hispanic residents. It builds on a series of EWG reports based on the database that have highlighted the outsize harmful impacts of agriculture on the quality of drinking water.

Nitrate pollution from fertilizer and animal manure seeping from unprotected farm fields into drinking water sources is a growing crisis that is presenting serious and expensive challenges for already cash-strapped communities.

“It’s much cheaper to keep nitrate out of drinking water in the first place than to remove it,” said Anne Weir Schechinger, senior economics analyst at EWG. “But so-called volunteer approaches have not worked. Without aggressive, targeted and enforceable protection efforts, America’s nitrate problem will get worse, and more Americans will be at risk of drinking contaminated water.”