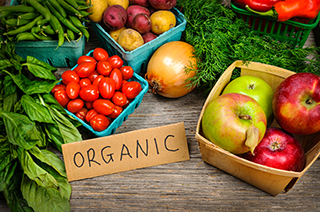 More than 75 percent of food in supermarkets is genetically engineered or contains GE ingredients, according to some estimates. So how do you tell what is natural and what has been manufactured? The Environmental Working Group recently released its Shopper’s Guide to Avoiding GE Foods. The guide highlights the four most common GE foods and ingredients — soybeans, sugar, vegetable oils, and varieties of field corn.

If consumers want to avoid these GE foods and ingredients, EWG recommends shopping for certified organic versions of these foods or buying foods that have been verified as GE-free by the Non-GMO Project.

Consumers have the right to know if their food has been genetically engineered. However, theU.S.government does not require labeling of GE foods or ingredients so that shoppers can make informed decisions. More than 60 other nations, including France, Germany, Japan, Australia, Russia, China and the United Kingdom, require GE labeling. 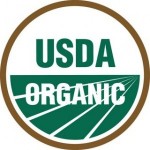 Option 1: Buy organic. National and state organic certification rules do not allow genetically engineered foods to be labeled “organic.”  When you buy organic, you buy food free not only of synthetic pesticides but also GE ingredients.

Option 2: Buy food certified as “Non-GMO Project Verified.”  The non-profit organization Non-GMO Project operates a detailed, voluntary certification process so that food producers can test and verify that, to the best of their knowledge, they have avoided using GE ingredients in their products. The Non-GMO Project is the only organization offering independent verification for GMO products in the U.S. and Canada. 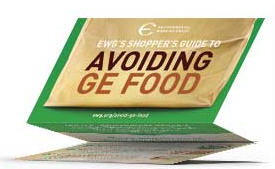 For a small donation, you can receive the Shopper’s Guide Here.