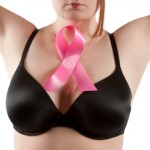 Since one out of every eight women is destined to develop breast cancer, a tremendous amount of research has been undertaken to discover ways of preventing this common killer. One compound that has been extensively studied for its role in preventing breast cancer is vitamin E.

Up until now, however, no one has compiled and analyzed the large volume of published data about vitamin E and breast cancer. A researcher at Wake Forest University School of Medicine took on this enormous task and her comprehensive work was just published in the Journal of Nutritional Biochemistry.

If you take vitamin E supplements, this eye-opening report reveals startling findings about what forms of vitamin E may be effective, which women are most likely to benefit, and a form of vitamin E that certain women should avoid.

As a prelude to this article, readers should know that emerging evidence is calling into question previously held concepts about how vitamins function in the body. While this new information corroborates what has been earlier cited in this publication, it is nonetheless critical to remind readers of the need to keep up with current findings. For women concerned about breast cancer, there now appear to be validated methods of reducing the risk if the proper forms of vitamin E are consumed.

Some people believe that vitamin E reduces breast cancer risk because of reports showing that severely deficient women suffer far higher rates of breast cancer.Several studies, for instance, show that premenopausal women with very low intakes of vitamin E are twice as likely to contract breast cancer compared to women who come close to meeting the minimum requirements. This statistic is relatively useless, however, since it was women who consumed less than 7 mg a day who were at a 50% greater risk of contracting breast cancer. Other studies show no risk reduction in women obtaining greater than 8 mg a day of vitamin E.

Since supplement users take 400 mg or more a day of vitamin E, everyone wants to know how much reduction in breast cancer incidence can be expected when potencies of 400 mg (400 IU) and higher are consumed.

The Nurses Health Study studied 83,234 women at baseline and sought to assess incidences of breast cancer during a 14 year follow-up. This study showed that premenopausal women with a family history who consumed the highest quantity of vitamin E enjoyed a 43% reduction in breast cancer incidence compared to only a 16% risk reduction for women without a family history of breast cancer. Based on this study, vitamin E appears to protect against genetic- predisposed breast cancer better than environmental-induced breast cancer. (Note that nutrients like indole-3-carbinol may specifically protect against environmental breast carcinogens.)

Several studies reviewed the effects of standard vitamin E products (alpha tocopherol acetate) taken by themselves. The results fail to show a protective benefit, even when high doses of these alpha tocopherol supplements are consumed. This indicates that other forms of vitamin E found in food (such as gamma tocopherol and tocotrienols) may be responsible for providing the dramatic protective effect against breast cancer shown in surveys that evaluate total vitamin E intake.

Another method that scientists have used to ascertain vitamin E’s potential benefit is to measure frozen blood levels of vitamin E and then follow up to see how many women subsequently develop breast cancer. One study of postmenopausal women showed a modest 20% reduction in breast cancer risk in the highest quartile of serum vitamin E (alpha tocopherol) compared to the lowest. Other studies based on measuring alpha tocopherol from stored blood serum do not show a protective effect.

Taken together, the results of the studies presented indicate that certain vitamin E fractions found in food confer a significant protective effect, but that commercial alpha tocopherol acetate supplements fail to reduce breast cancer incidence for most women. The data indicate that some other vitamin E component in food may account for the dramatic reductions in breast cancer incidence (as much as 90%) when dietary intake levels of vitamin E are measured.

It is the tocotrienols, however, that have demonstrated the most significant potential to not only reduce the incidence of breast cancer, but also to inhibit existing breast cancer cell propagation.

Tocotrienols have been shown to inhibit growth of estrogen receptor positive breast cancer cells by as much as 50% in culture. In contrast, many studies have found that alpha tocopherol does not influence proliferation. Even in studies where alpha tocopherol was shown effective against some breast cancer cell lines, the amount required for 50% growth inhibition was more than 20 times higher than the growth inhibitory concentrations of the tocotrienols.

Tamoxifen interferes with breast cancer cell proliferation via several mechanisms, most notably by blocking estrogen receptor sites on the cell membrane surface so that estrogen cannot fuel hyper-proliferation. Tamoxifen is known to induce side effects, but the documented effectiveness of the drug causes many breast cancer patients to use it for two to five years (or longer).

In cell culture, tamoxifen can reduce estrogen receptor positive breast cancer cell proliferation by 50%. When palm-oil derived tocotrienols are added with tamoxifen, the dose of tamoxifen required to induce 50% cell arrest was lowered by 75%.

The objective of any cancer therapy is to induce the cancer cells to differentiate in a way that promotes programmed cell death (apoptosis). Several studies indicate that tocotrienols induce breast cancer cell apoptosis.

It is interesting to note that the growth inhibition and promotion of apoptosis occur preferentially in the cancerous part of the breast so that healthy cells remain largely unaffected.

It is encouraging to know that the in vitro tests that document the anti-cancer effects of tamoxifen also show tocotrienols to have similar cell inhibitory properties. Compared to tamoxifen, however, tocotrienols are safe. Human studies have shown that daily doses of up to 240 mg of tocotrienols for 16 months produce no adverse effects. Further studies will determine whether humans who saturate their breast adipose tissue with tocotrienol from supplements will achieve a reduced incidence of breast cancer. (Please note that it is the palm-oil tocotrienols, and not rice-bran tocotrienols, that have primarily demonstrated these anti-cancer effects.)

When reviewing all the published evidence, it does not appear that alpha tocopherol vitamin E confers a protective effect against breast cancer. Yet studies show that women who consume foods high in other forms of vitamin E substantially reduce their risk of contracting breast cancer (by as much as 90%).

A cardinal feature of breast tumors are rapidly proliferating cells. Estrogen drugs promote hyper-proliferation and this is one reason why these drugs may quadruple the incidence of breast cancer.

Studies of breast cancer cells in culture indicate that tocotrienols have potent effects in inhibiting proliferation and inducing apoptosis (cancer cell death). These studies show that alpha tocopherol does not have this same benefit.

Alpha tocopherol acetate is the most common supplement form of vitamin E, yet the evidence points to other forms of vitamin E as being responsible for the dramatic reduction in breast cancer incidence observed in large human studies.

We now know that the individual tocopherols and tocotrienols have different biological activities as they relate to their effects on cellular function. Gamma tocopherol, for instance, has demonstrated significant cancer prevention effects compared to alpha tocopherol.

The potential anti-cancer effects of gamma tocopherol and the tocotrienols merits aggressive human clinical research to determine if women who supplement with these unique forms of vitamin E can reduce their risk of contracting breast cancer. Further research should be conducted on breast cancer patients to see if the addition of tocotrienols to tamoxifen improves long-term survival rates.

Based on a review of all the published data, we cannot find compelling evidence to indicate that standard (alpha tocopherol) vitamin E supplements reduce breast cancer incidence. While alpha tocopherol has been shown to protect against a wide range of other diseases, it would appear that the tocotrienols are the ideal form of vitamin E to specifically reduce breast cancer risk.