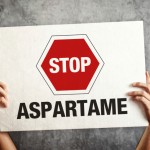 The people have spoken. Diet Pepsi recently announced that they are dropping aspartame from its list of ingredients and replacing it with sucralose—but is this a good thing?

With sales down 5% and a public more wary of aspartame, PepsiCo is making the change. An exhaustive number of studies have been done over the last 20-plus years that weigh in on both sides of the aspartame safety issue. Apparently, the public does not believe that aspartame is safe.

Dr. Joseph Mercola has been blasting aspartame for the past 17 years, sounding the alarm about its harmful effecs. In fact, he wrote an entire book on the subject, Sweet Deception back in 2006. You can read a riveting article he wrote last year on the dangers of artificial sweeteners right here.

But is sucralose a good replacement?.

Also known as Splenda, this artificial sweetener that is found in tens of thousands of processed food products sold in 90 different countries, has been linked to gastrointestinal problems, seizures, dizziness, migraines, blurred vision, allergic reactions, blood sugar increases and weight gain. On top of all that, sucralose also destroys your gut health. This is very important, as anytime you destroy healthy intestinal bacteria, you open yourself up to unfriendly micro-organisms that can cause health problems.

PepsiCo will roll out its new line of Diet Pepsi this summer, with specially marked cans stating, “No Aspartame!” The executives at PepsiCo are hopeful this will help them gain traction in their declining market. They have no plans of replacing the aspartame in their other products such as Diet Mountain Dew and Pepsi Max at this time.

Coca Cola isn’t budging. “There are currently no plans to change the sweetener for Diet Coke, America’s favorite no-calorie soft drink,” Scott Williamson, a spokesman, said in an e-mail. “All of the beverages we offer and ingredients we use are safe.”

Both companies have aggressively pursued a natural, non-caloric sweetener called stevia, which is extracted from a leaf and is 200 to 300 times sweeter than sugar. It is also one of the safest no-calorie sweeteners and is recommended by Dr. Mercola and others who opposed most of the chemical sugar substitutes on the market.

Unfortunately, stevia doesn’t work so well in colas. It apparently gives off a metallic aftertaste when used in higher doses. So the soda makers are researching ways to ferment and bioengineer copies of a better-tasting stevia molecule found in the leaf.

For now, the best advice to consumers would be to avoid sodas altogether. Refresh yourself with water, seltzer water or tea. The all natural route is always the safest and healthiest option you can have.

For more information on the studies of aspartame, click here

For more information on the dangers and side effects of sucralose, click here