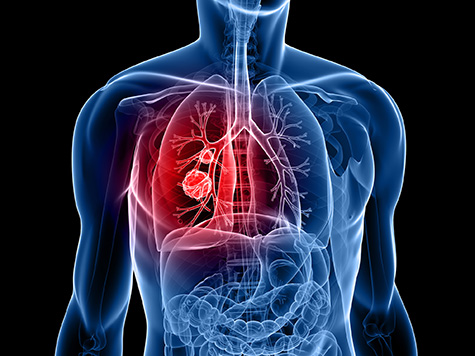 New York Researchers have developed a novel technology that may detect lung cancer at an early stage when surgical cure is possible.

NSCLC is often fatal because most cases are not diagnosed until they are so advanced that surgical intervention is no longer possible.

“The revolutionary EFIRM technology is the most exciting development in noninvasive liquid biopsy in recent years,” said co-author Charles M. Strom from the University of California, Los Angeles (UCLA) in the US.

“The potential to detect early-stage lung cancer patients with an affordable blood or saliva test could save thousands to tens of thousands of lives annually worldwide,” Strom added. For the study, the team collected plasma samples from 248 patients.

Of those, 44 were diagnosed with Stage I or Stage II NSCLC.

“Currently, the clinical sensitivity of EFIRM to detect patients with NSCLC is limited by the percentage of tumours containing either or both of the two variants, which is estimated at 27 per cent of NSCLC tumours,” explained co-author Wu-Chou Su from the College of Medicine of the National Cheng Kung University in Taiwan.

“We are presently developing a 10-variant panel that contains detecting mutations expressed in 50 per cent of all lung malignancies,” Su added.

The research team emphasised that this study does not present direct evidence that detecting EGFR mutations in the plasma of an individual is predictive that the patient has cancer. –IANSpb/vc/ksk/bg