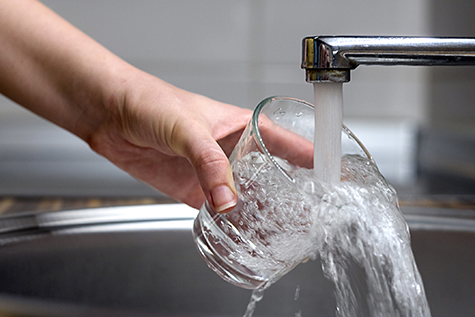 WASHINGTON – Two decades after pollution from highly toxic fluorinated chemicals was first reported in American communities and drinking water, the number of known contamination sites is growing rapidly, with no end in sight.

The latest update of an interactive map by EWG and the Social Science Environmental Health Research Institute at Northeastern University documents publicly known pollution from so-called PFAS chemicals at 94 industrial or military sites in 22 states. When the map was first published 10 months ago, there were 52 known contamination sites in 19 states. The map and accompanying report are the most comprehensive resources tracking PFAS pollution in the U.S.

“With the alarming spread of known PFAS contamination sites, it’s unconscionable that the Environmental Protection Agency has taken only the most feeble steps to respond to the crisis,” said Bill Walker, an investigative editor at EWG, which has studied the family of fluorinated chemicals for 20 years. “States are stepping up to set cleanup standards, but a national crisis demands a national response. It’s only a matter of time until another American community learns that its water is contaminated with these highly toxic chemicals.”

PFAS chemicals, used in hundreds of consumer products, have been linked to cancer, thyroid disease, weakened immunity and other health problems. The two most notorious members of the family – PFOA, formerly used to make DuPont’s Teflon, and PFOS, formerly in 3M’s Scotchgard – are now banned in the U.S., but manufacturers have replaced them with chemically similar, largely untested compounds that may be no safer. According to the Centers for Disease Control and Prevention, PFAS chemicals contaminate the blood of virtually all Americans.

“This updated map demonstrates the scale of PFAS contamination, impacting scores of communities and millions of U.S. residents,” said Phil Brown, Ph.D., director of the Northeastern University research institute. “The full story of PFAS contamination suggests that PFOA and PFOS remain significant pollutants even though they are no longer produced in the U.S. Drinking water supplies should be tested not just for these legacy contaminants, but for their replacement chemicals that may become major public health hazards as well.”

Much of the increase in contamination sites is in Michigan, where a virtual explosion of known sites has made the state the current hotspot of the PFAS crisis. North of Grand Rapids, one private well near a former Wolverine Worldwide tannery has almost 60,000 times as much PFOS and PFOA as the best independent research says is safe. About 10 miles away, a woman who lives across the street from a Wolverine dump site has 750 times as much PFOS in her blood as the average American.

In addition to contamination from industrial and military sites, the map also shows where an EPA-mandated testing program detected PFOA, PFOS and similar chemicals in public drinking water supplies. The EPA tests found PFAS contamination of systems serving 16.1 million Americans in 33 states. But the true extent of tap water contamination is likely much greater.

The EPA testing program, which ended in 2016, covered only a sample of small systems and did not include private wells, which together provide drinking water for about a third of Americans. More recent tests have found tap water in North Carolina and West Virginia contaminated with a new PFAS chemical called GenX, which DuPont’s own studies found causes cancer in lab animals. The EPA also did not require reporting of test results above 20 parts per trillion, or ppt, for PFOA and 40 ppt for PFOS.

The EPA has no legal limits for PFOA and PFOS in drinking water, only a non-enforceable health advisory level of 70 ppt for either chemical or the two combined. This is far above what studies say is safe. Michigan, Minnesota, New Jersey and Vermont have all set or proposed levels for PFAS chemicals in drinking water that are lower than the EPA advisory level or are legally enforceable.