Confused About CBD? Here’s a Primer 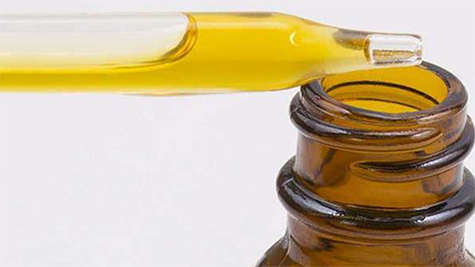 Cannabidiol, or CBD oil, is a new buzzword that you may be hearing. Its properties are suggested to treat a variety of ailments and illnesses, but what, exactly, is CBD oil? Here’s what one CBD ‘expert’ (aka, the Delicious Living Supplements Editor) has to say on the subject:

Some Cannabis sativa, on the other hand, is grown and bred for hemp. Hemp has many industrial uses: oils; topical ointments; fiber for clothing, paper and construction; and much more. Currently, only products made from industrial hemp (which contains less than 0.3 percent THC) are legal to sell, buy, consume and ship in most states.

While THC is the most well-known cannabis extract, there’s a new cannabinoid in town. Today, the cannabinoid gaining popularity—and legality—from coast to coast is called cannabidiol (prounounced , or CBD. CBD oil, an extract of the hemp portion of a Cannabis sativa plant, is also called hemp oil. But don’t confuse hemp oil with hemp seed oil, which doesn’t contain cannabinoids at all.

CBD offers health benefits, but includes none of the psychoactive properties of THC, thus products containing hemp/CBD extract can be legally sold, used and shipped nationwide.

How Does CBD Work? 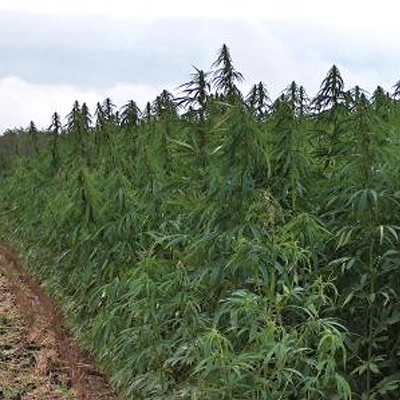 All the cannabinoids in the Cannabis sativa plant work on your body’s innate endocannabinoid system—a recently discovered whole-body system, similar to your nervous system or cardiovascular system. The endocannabinoid system governs specific areas of your physiology, such as hunger, pain, stress and pleasure. Not surprisingly, these are the systems people notice are affected when they smoke marijuana.

On a molecular level, the endocannabinoid system works like a lock and key with receptors. The receptors are the lock, the cannabinoids are the keys. They CBD “key” fits the lock almost—but not quite— like THC does. Therefore, ingesting CBD can give many of the same effects as you might experience with THC but, notably, does not provide the euphoric high.

The benefits of pain and stress relief make CBD a potentially powerful medicine indeed, even without the pleasurable high.

What Does CBD Do?

CBD made a name for itself after Colorado legalized marijuana in 2012. A type of CBD dubbed Charlotte’s Web seems to benefit people suffering from childhood-onset epilepsy disorder. A panel of FDA experts in April unanimously declared a pharmaceutical-grade CBD should be approved to treat certain rare types of epilepsy. The FDA is expected to grant its approval later this year.

A 2015 review published in the Journal of the American Medical Association looked at 79 studies published since 1975. Researchers found various cannabinoids—THC, CBD and others such as nabilone and dronabinol—were useful medicine. They were most effective treating chronic pain and muscle spasticity; nausea and vomiting due to chemotherapy; and weight gain associated with HIV, sleep disorders and Tourette syndrome. THC and CBD were also found to improve sleep and reduce anxiety.

Where Can I Find CBD?

Like anything for sale in the world, the internet’s got it, and increasingly, some natural product retailers are carrying CBD-oil-containing products.

But you should know two types of CBD oil are for sale. One is a CBD isolate, like the drug the FDA is poised to approve.

The other is full-spectrum CBD oil, which is industrial hemp-derived hemp oil containing CBD (and no THC). This is the stuff you can find at your friendly neighborhood health-food store. You can find CBD oil in supplement-style capsules and tablets, but creams and salves are also being rolled out. The other new area of CBD/hemp oil product expansion is for pets in products that promise joint pain relief, for example.

Can I Get High from Products That Contain CBD?

In April, the Hemp Farming Act of 2018 was introduced into the U.S. Senate. If it passes, the controversy about whether CBD is a controlled substance goes away. If the Hemp Farming Act is defeated, however, most of the bill’s provisos are expected to be rolled up into the 2019 Farm Bill. That would liberate hemp—but only for the next five years, until Congress writes up and votes on the next Farm Bill.

In the meantime, the FDA has approved a CBD isolate, Epidiolex, as a drug to help relieve symptoms of certain rare forms of epilepsy. That news should raise the profile of medical marijuana in general (not to mention recreational marijuana), and CBD specifically. Whether the FDA then tries to shut down all CBD/hemp oil supplements is anybody’s guess, but it’s not too likely.

While CBD in 2018 remains the Bitcoin of 2017, other cannabinoids are likely to be subject to scientific inquiry in the years to come. In short, products containing CBD are growing in America. And you don’t even have to roll it, light it or even get high to reap its health benefits.