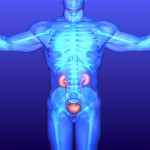 You may be surprised to learn that until 2002, no standard definition for chronic kidney disease (CKD) existed within the medical community (Medscape, 2010). Before then, conflicting classifications had created a state of confusion as to how many Americans were afflicted with this progressive, life-threatening condition.

Once proper categorization of the various phases of CKD was established, the stark and daunting scale of this modern epidemic emerged.

We now know that as many as 26 million Americans currently suffer from some form of chronic kidney disease (US Renal Data System 2009; National Kidney Foundation 2009). Aging individuals are especially vulnerable (Coresh 2003).

When you consider that the risk of cardiovascular mortality in CKD sufferers is 30 times that of the general population (Galil 2009), the steady increase in kidney disease rates seen today amounts to a public health disaster. Unfortunately, public awareness of this threat remains low.

Life Extension has long emphasized the need for vigilance through routine testing (at least once a year) to monitor kidney health. In addition to the standard tests for measuring kidney function (i.e., creatinine, albumin, and BUN/creatinine ratio), certain individuals should insist that their doctor test for cystatin-C, a largely overlooked blood marker providing a far more precise measure of renal function (Shlipak 2005). Optimal levels are below .91 mg/L.

Individuals should keep a record of their test results. Once any sign (such as an increase in creatinine) of disease is detected, it is imperative that immediate steps be taken to halt its progress, as kidney function can decline precipitously and kidney damage may be irreversible. Fortunately, Life Extension members are already taking a variety of nutrients that support kidney health.

In this protocol, you will discover recent scientific advances in our understanding of how CKD unfolds, the specific risk factors that contribute to its progress, and how to bring them under control.

You will also learn of safe, low-cost, natural interventions that have been shown to stop CKD in its tracks, long before end-stage renal disease (ESRD) renders either dialysis, kidney transplant, or both as the only option(s).