Can Heartburn Medications Harm Your Kidneys? 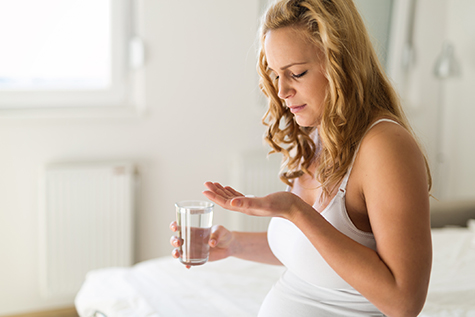 Extended use of acid-reflux medications such as Nexium, Prilosec and Prevacid is linked to an increased risk of kidney disease, according to a new study led by a resident doctor at Bassett Medical Center.

These heartburn pills, known as protein pump inhibitors, are among the most widely prescribed medications in the world, and several are available over the counter. They work by reducing stomach acid production so the esophagus can heal, and are intended for short-term use.

“I think the awareness has not been made public so patients will know,” said Dr. Raquel Rosen, head of nephrology at Bassett Medical Center. “When you’re on something that affects your digestion, it will have effects with long-term use.”

Dr. Charat Thongprayoon led the analysis of five recent studies on extended use of anti-reflux medications, which he said contained some inconsistencies. The researchers found that people who took a PPI were a third more likely to develop chronic kidney disease or kidney failure than those who didn’t take the drugs.

Many people have taken these medications every day for years to prevent heartburn symptoms, Thongprayoon said. Because the pills reduce stomach acid that aids in digestion, those taking them for an extended period are not absorbing nutrients properly, and their kidneys are working harder. Other side effects can include an increased risk of infection, weakened bones or fractures and a low magnesium level.

“I always ask patients why they need to be on it, and most don’t know why because a doctor gave it to them,” Thongprayoon said, adding that in the past, PPI meds were considered very safe.

His research team presented their results at the annual meeting of the American Society of Nephrology in New Orleans on Saturday, where he said people were surprised and very interested in the study.

Rosen said she has urged many of her patients to stop taking the heartburn medications and discuss options with their primary care doctors. It’s important to taper off of them, she said, because stopping cold can cause suppressed stomach acid to double or triple.

Most people with mild or moderate heartburn trouble can reduce their symptoms by changing their habits, Rosen said, including not eating late, reducing acid in the diet and avoiding smoking and alcohol.

Thongprayoon emphasized that his study established a link between PPI use and kidney problems, rather than a cause and effect relationship, and that research on the topic would be ongoing.

“Doctors should seriously consider who needs to be on this medication, and long-term use should be avoided,” he said.