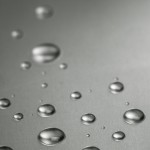 In the last several years there has been a lot of controversy about how much mercury we, as humans, can be exposed to before our health starts to suffer. How much exposure is too much?  As a result, many of my patients have asked me about mercury exposure and what they can do to better protect their health.

Although the effects of mercury on human health are not always clear, one health concern in particular, blood sugar levels, has become clearer. Recent studies have shown that exposure to methylmercury can adversely affect blood sugar levels and can lead to type 1 diabetes. Here’s why.

The Mercury and Diabetes Connection

Although many researchers disagree on the conclusions, holistic health practitioners have long thought that thimerosal, an organic mercury compound, used as a preservative in childhood vaccines could be a contributing factor to developing type 1 diabetes in children and adolescents as well as other diseases like autism.

Interestingly, however, before even receiving vaccines, over 300,000 U.S. infants are born already having been exposed to organic methylmercury in utero from their mothers through diet or environmental exposure! After birth, an infant can be additionally exposed to methylmercury through their mother’s breast milk where it’s stored! Could environmental mercury exposure, be contributing to the current diabetic epidemic?

It’s highly possible, given the results of several recent studies which showed that inorganic mercury exposure caused either insulin receptor beta cell death, or dysfunction – where they secreted too little insulin resulting in elevated glucose levels.

One study showed that exposure to organic mercury (methylmercury) in fish, consumed in amounts under the EPA’s current recommended fish/mercury levels actually caused beta cell dysfunction. Another study done on mice had the same findings with an additional result showing the insulin receptors and glucose levels returned to normal when the mercury exposure stopped.

What these studies suggest is we have to be a little more vigilant in the levels of mercury we are exposed to in order to help prevent the onset of diabetes.

Can You Avoid Mercury Exposure?

Like many of my patients, if you are over the age of 40, you likely have a few mercury amalgam fillings in your teeth and probably eat fish once or twice, or more, a week. Unwittingly, you may use cosmetics that have organic mercury compounds in them. However, just going about your daily life you can be exposed to both inorganic and organic mercury compounds through environmental sources. Inorganic mercury is given off from rocks, oil, coal, and soil all the time.

Methylmercury then gets into the food chain, namely through water and fish. Depending on how much fish we consume can determine the levels of mercury in our own bodies. As you can see, it’s virtually impossible to have no exposure to mercury, as it is present all around us.

How do you know if you may have higher than acceptable levels of mercury? Some symptoms to investigate can include:

As I assure my patients, even though we are constantly exposed to mercury in our environment and from the foods we eat, and water we drink, the human body also has the amazing capacity to clear mercury, as it does other heavy metals, from your system. However, you don’t want to overload yourself with toxins either, so limiting fish, and other exposures, can assist your body in clearing mercury. Here’s what I recommend:

Diabetes, particularly type 2 diabetes, has risen to epidemic levels in the United States today. Undoubtedly, several factors are to blame for this, from our high sugar/carbohydrate diets, too large food portions, and lack of exercise. However, over-exposure to methylmercury appears to be a contributing factor with its research-proven damage to insulin receptors. My advice to patients is to limit their exposure to mercury thereby lowering their risk of getting diabetes.