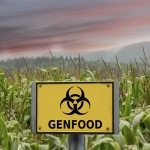 WASHINGTON Tuesday August 4th, 2015- Federal lobby disclosure forms from big food and biotechnology companies, and their trade groups opposed to mandatory GMO labeling reveal a surge in lobbying expenditures during the first half of 2015, according to a new analysis by EWG.

A major reason for the explosion in lobbying money is the food industry’s support for the Deny Americans the Right to Know – or DARK – Act (H.R.1599), which the House passed last month by a vote of 275-150. The legislation blocks state GMO labeling laws, blocks state laws prohibiting “natural” claims on GMO foods, and makes it virtually impossible for FDA to create a mandatory national GMO labeling system.

In a break from last year, several large food manufacturers that had previously stayed out of the GMO labeling battle spent big lobbying Congress.  These included Unilever ($640,000) and Ocean Spray ($100,000).

“It appears these companies got the memo, and have gone all in to fight mandatory labeling of GMO foods,” said Libby Foley, a policy analyst with EWG and the author of the report.

“With the House passing the DARK Act last month, Big Food will certainly re-stock the cash pipeline and unleash its army of lobbyists who are pushing the Senate to pass the DARK Act and deny Americans in every state the right to know what’s in their food.”

The Grocery Manufacturers Association, which represents these and other food manufacturers, reported expenditures of $5.1 million that mentioned GMO labeling and hired 32 lobbyists exclusively to advocate for legislation to block state and federal GMO industry lobbying dwarfed expenditures reported by GMO labeling advocates, including EWG and Just Label It, which disclosed $2.5 million in the first two quarters of 2015, $2 million in all of 2014, and nearly $1 million in 2013. Since 2013, industry lobbyists have outspent GMO labeling advocates by 25-to-1.

“The gap between the amount of money spent by Big Food and that spent by public interest groups is simply mind-boggling,” Foley said.