How Aspirin Works Against Cancer 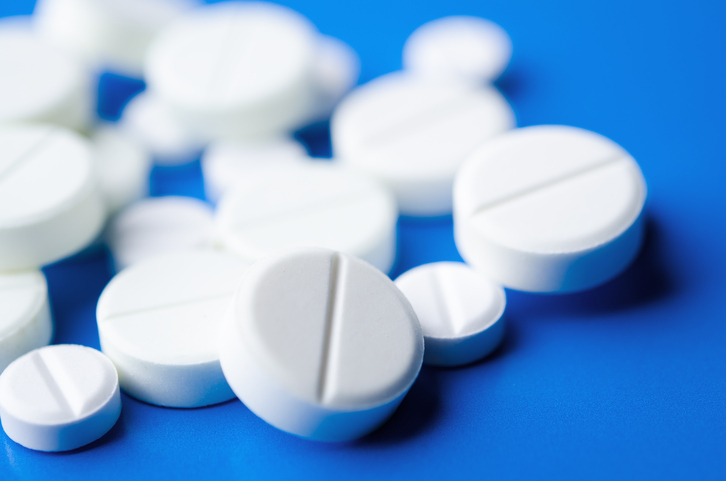 Aspirin’s association with a lower risk of numerous types of cancer has been attributed
to its anti-inflammatory effect; however, research reported in the February 2017 issue of Cancer Prevention Research suggests another potential mechanism.

In experiments utilizing colon cancer cells and a mouse model of colon cancer, Houston researchers observed that aspirin prevented the cancer-promoting interaction between cancer cells and platelets by inhibiting cyclooxygenase-1 (COX-1)-mediated platelet activation. Platelets are involved in the formation of new blood vessels which, although beneficial in most cases, enhances tumor growth.

While common aspirin was used in some of the experiments, other experiments utilized a complex of aspirin with phosphatidylcholine, a lipid that occurs in lecithin. The combination, which is being developed under the name of Aspirin-PC/PL220 by a pharmaceutical company, has fewer gastrointestinal risks than regular aspirin, and in the current research, it was shown to have stronger anticancer effects.

“These results suggest that aspirin’s chemopreventive effects may be due, in part, to the drug blocking the proneoplastic action of platelets and the potential use of Aspirin-PC/PL2200 as an effective and safer chemopreventive agent for colorectal cancer and possibly other cancers,” authors Lenard M. Lichtenberger and colleagues conclude.

The researchers plan to evaluate the aspirin/phosphatidylcholine complex’s effects among those at high risk for colorectal cancer. While they state that their results “support the use of low-dose aspirin for chemoprevention,” Dr Lichtenberger and colleagues note that the aspirin/phosphatidylcholine combination has “similar chemopreventive actions to low-dose aspirin and may be more effective.”