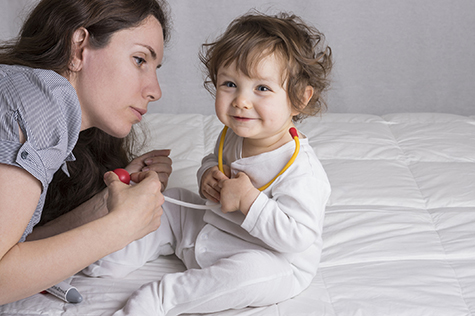 SACRAMENTO, Calif. – A new EWG analysis of state records shows that each year between 2012 and 2016, almost three-fourths of California toddlers enrolled in Medi-Cal, the state-run low-income health insurance program, were not tested for lead in their blood. Lead is a highly potent neurotoxin that can cause permanent brain damage in children.

These new figures are culled from Medi-Cal billing data from the California Department of Health Care Services. They show that California has fallen far short of its responsibility and legal obligation to test children at the highest risk of exposure.

The Department of Health Care Services released its billing data at the request of Assembly Member Bill Quirk, D-Hayward, co-author of a bill signed into law last fall to expand lead testing. On Feb. 13, the Assembly Committee on Environmental Safety and Toxic Materials, chaired by Quirk, will hold an oversight hearing to examine why California continues struggling to lead-test its Medi-Cal toddlers.

The billing data expose a much worse problem than the incomplete test records EWG previously obtained from the state Department of Public Health. The new data show that in the each of the fiscal years 2012 to 2016, about 529,000 toddlers enrolled in the program did not receive required lead tests. That means that during this time period, an average of only 28 percent of children in the program were tested.

“Far too many children are poisoned with lead, and for decades California has fallen woefully short of its responsibility to identify, test and treat them,” said Susan Little, EWG’s senior advocate for government affairs in California. “Testing is essential to identify highly exposed children and the neighborhoods where kids are at greater risk of lead exposure.”

State regulations mandate that all children enrolled in Medi-Cal or other public assistance programs should be tested for lead at 12 months of age and again at 24 months to see if intervention is needed to protect against further exposure.

This new calculation is especially alarming because Medi-Cal children are seven times more likely to be lead-poisoned than children from higher-income families. If children with high blood lead levels are not identified through testing, they cannot receive treatment. Lead poisoning can threaten children of any socioeconomic status, but those from lower-income families are more likely to live in older housing with lead paint or face other sources of exposure.

“Lead is a major threat to children’s health,” said Olga Naidenko, Ph.D., EWG’s senior science advisor for children’s environmental health. “Exposure to lead can result in developmental delays, attention deficit issues, cognitive disorders, behavioral disorders, and a lifetime of severe mental and physical ailments. There is no safe level of lead in a child’s body.”