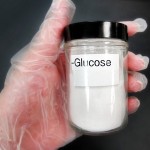 Did you know that your risk of suffering from cardiovascular death is the greatest in the two-hour time period after you eat a meal? That’s partly because during that time, you can experience dangerous blood sugar spikes that acutely impair blood flow through vital arteries, ultimately leading to a heart attack or stroke.

And while you may not entirely eliminate these after-meal blood sugar surges, you can build up your body’s defenses against those spikes to protect your cardiovascular system.

In a study that may represent a breakthrough in the prevention of heart attack, the proper intake of gamma tocopherol was shown to limit the artery damaging impact of an after-meal glucose burst.

This human study, published in July 2012, showed an expected 30-44% decrease in endothelial function (as measured by arterial blood flow) in men after consuming 2.5 ounces of pure glucose. Men who took gamma tocopherol five days before the glucose challenge, however, showed no significant loss of endothelial function.

This well-designed study showed how gamma tocopherol, functioning via several proven pathways, prepared the arterial endothelium to cope with the attack of after-meal glucose.

Foundation members have supplemented with gamma tocopherol since as early as 1996.This article describes the ways gamma tocopherol builds strong countermeasures into blood vessels, preparing them to survive and thrive even after a substantial spike in blood sugar.

When your heart muscle calls for more blood to sustain a strong pumping action, it needs it now. Under normal circumstances, the coronary arteries—those vessels that provide blood to the heart muscle—respond by dilating and increasing blood flow accordingly. When that response fails, heart muscle cells can begin to die within minutes.

The after-meal blood sugar surge directly impairs your arteries’ ability to respond to that immediate demand for increased blood flow. That’s one of the reasons why diabetics have such a high rate of heart attacks and other cardiovascular disorders.

But even if you don’t have diabetes, a “normal” fasting blood sugar measurement does not protect you against the harmful effects of the after-meal spike in blood glucose. Studies show that the risk of cardiovascular death increases in the two-hour time period after you eat a meal, when blood sugar exceeds just 90 mg/dL—a number well below the definition of diabetes.

People who have normal fasting glucose but who fail a glucose tolerance test (blood sugar measured 2 hours after a test “meal” of glucose) are said to have “impaired glucose tolerance.” Their risk for cardiovascular disease raises sharply, the direct consequence of their arteries’ inability to dilate appropriately.

In fact, many studies now show that the 2-hour glucose tolerance test is a more telling predictor of heart attacks than the much-touted fasting glucose test.

Your risk for heart attacks, strokes, and other forms of cardiovascular disease rises dramatically when your after-meal glucose spikes.

One study showed that people who have elevated after-meal glucose levels have a 40% higher risk for cardiovascular disease in general, and a 56%greater risk for coronary artery disease, compared with normal levels.

Another study found that men with the highest after-lunch blood sugar levels were more than twice as likely to have a “cardiovascular event” compared with those who had the lowest levels. In women that figure rose to an ominous 4.5-fold increase.

In a study of non-diabetic people with metabolic syndrome, each increase in after-meal blood sugar of 18 mg/dLraised the risk of cardiovascular death by 26%.

How does the after-meal burst of glucose cause such devastation?

Glucose has a powerful oxidizing effect on the arterial lining (the endothelium) that governs blood flow through the arteries. Oxidation products interfere with the production and bioavailability of nitric oxide, the signaling molecule that triggers arteries to dilate or constrict in response to changes in demand for blood flow.

Together, these effects mean that a surge in blood sugar rapidly impairs your arteries’ ability to respond to your heart muscle’s immediate needs for more blood flow. To make matters worse, glucose surges raise levels of “adhesion molecules” that make both arteries and platelets “stickier,” increasing the risk of a fatal clot in a coronary artery.

The stakes couldn’t be higher: Failure to protect your arteries from glucose spikes will starve your heart of blood flow, resulting, at best in an attack of angina, and at worst in a fatal heart attack.

You can’t completely avoid the spike in glucose that occurs after you eat. However, you can prepare your endothelial cells to cope with the after-meal surges in blood sugar with gamma tocopherol.

Studies show that levels of gamma tocopherol are a better predictor of lower heart attack risk than alpha tocopherol.  Gamma tocopherol is a superior antioxidant that traps reactive oxygen species, reactive nitrogen species, and other dangerous molecules triggered by the after-meal glucose burst. If these dangerous molecules go unopposed, they attack fats in your artery linings, depressing nitric oxide levels and promoting atherosclerosis.

Gamma tocopherol also provides anti-inflammatory effects that fights atherosclerosis induced by elevated after-meal glucose spikes. Gamma tocopherol is converted in your body to gamma-CEHC, a metabolite that helps shed excessive sodium; that’s a potential benefit for those whose mealtime sodium intake is higher than desirable.

Finally, compared with alpha tocopherol, gamma tocopherol appears to be more readily absorbed intoendothelial cells, where it can exert its antioxidant effects to protect endothelial health.

Unfortunately, studies show that high intakes of alpha tocopherol suppress blood and tissue levels of the more important gamma tocopherol. This finding explains some of the apparently contradictory findings in studies done on vitamin E supplementation (see the SIDEBAR for other factors).

Taken together, these factors led researchers at the University of Connecticut to explore the effects of gamma tocopherol on preventing the decline in endothelial function that accompanies the after-meal sugar spike. Let’s now examine their findings.

In the year 2000, a study was published demonstrating that:

This information remained dormant for more than a decade—until researchers in Connecticut and Korea rediscovered and amplified the findings.

These scientists had already discovered that an after-meal glucose surge raised the levels of methyl-glyoxal, a destructive byproduct of glucose metabolism that’s increased by oxidant stress.

Those supplemented with gamma tocopherol, on the other hand, had completely eliminated the rise of methyl-glyoxal, while markers of total antioxidant capacity rose substantially.

That study clearly proved that short-term gamma tocopherol supplementation could counteract one major oxidative effect of the glucose surge. Armed with this information, the researchers turned their focus to the next major consequence of the glucose surge, namely, impaired endothelial function. They designed a study that would reveal any changes in endothelial function and nitric oxide activity that might result from gamma tocopherol supplementation.

In this study published in July 2012, fifteen young men underwent a baseline ultrasound test to detect how well their arteries would respond to blood flow changes. Blood tests were also performed.

The men then received a 5-day supplement with a mixture containing 500 mg of gamma tocopherol, 60 mg of alpha tocopherol, and small amounts of beta- and delta tocopherols. The ultrasound blood flow test and blood work were then repeated.

Next the subjects received 2.5 ounces of pure glucose, and their endothelial function was monitored by ultrasound regularly for 3 hours.

The findings were remarkable.

In short, this well-designed study showed that supplementation with 500 mg/day of gamma tocopherol along with smaller amounts of other forms of vitamin E prepared arterial endothelium to cope with the attack of after-meal glucose. Supplementation didn’t change the fact of the surge; rather, it provided endothelial cells with the defense mechanisms they needed in order to survive it.

Most Life Extension members take around 200 mg a day of gamma tocopherol. Considering the many other similar nutrients they take like pomegranate and lycopene, they may not need to take any additional gamma tocopherol.  For those choosing to capitalize on the added benefits of gamma tocopherol supplementation, supplementing approximately12 hours before glucose consumption is advisable because studies show it takes 12 hours for maximal blood levels of the active metabolite gamma-CEHC to be reached.

After you eat a meal—even a healthy meal—your arteries and their delicate endothelial linings are subject to a short but dangerous rise in blood sugar. That blood sugar surge directly impairs your ability to regulate blood flow, raising your risk for a heart attack or other cardiovascular disaster.

You need to defend yourself against that after-meal blood sugar escalation, in order to protect your arteries and preserve their ability to deliver blood to your laboring heart muscle.

Gamma tocopherol has now been shown in a human study to block glucose-induced impairment of nitric oxide and to sustain endothelial function following a meal.

Supplementation with gamma tocopherol, therefore, allows you to prepare your body for the harmful after effects of a meal.

Most Life Extension® members take over 200 mg a day of gamma tocopherol. Considering the many other similar nutrients they take like pomegranate and lycopene, they may not need to take any additional gamma tocopherol.

Since higher gamma tocopherol levels are associated with lower risk of coronary heart disease, gamma tocopherol supplementation may reduce your own risk, and restore your arteries’ natural abilities to manage the effects of deadly after-meal glucose surges.

If you have any questions on the scientific content of this article, please call a  Life Extension® Health Advisor at1-866-864-3027.