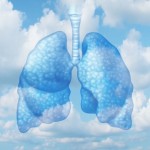 An article that appeared in the journal Allergy on October 3, 2014 revealed an association between vitamin D deficiency and the risk of asthma exacerbations.

The study included 307,900 men and women whose serum 25-hydroxyvitamin D levels were measured between 2008 and 2012. Among them, 21,237 had been diagnosed with asthma. Asthma exacerbations were considered to have occurred among subjects who were prescribed oral corticosteroids, who received more than five prescriptions for short acting beta agonists, or who had more than four asthma-related physician visits.

Although vitamin D levels were similar between asthmatics and nonasthmatics, vitamin D deficiency in the asthmatic population was associated with a 25% higher risk of having experienced at least one recent flare-up of the disease in comparison with nondeficient subjects.

“Vitamin D has significant immunomodulatory effects and, as such, was believed to have an effect on asthma — an immunologically mediated disease,” stated lead researcher Ronit Confino-Cohen, of Tel Aviv University. “But most of the existing data regarding vitamin D and asthma came from the pediatric population and was inconsistent. Our present study is unique because the study population of young adults is very large and ‘uncontaminated’ by other diseases.”

“Our results add more evidence to the link between vitamin D and asthma, suggesting beneficial effects of vitamin D on asthma exacerbations,” she observed. “We expect that further prospective studies will support our results. In the meantime, our results support a recommendation for screening of vitamin D levels in the subgroup of asthma patients who experience recurrent exacerbations. In those with vitamin D deficiency, supplementation may be necessary.”

“We know a lot about this disease and many therapeutic options are available,” she added. “Increasing vitamin D levels is something we can easily do to improve patients’ quality of life.”