5 Simple Tips to Step Up Your Health 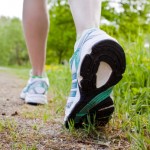 If you were to rate your health on a scale of 1–10, what score would you give yourself? Chances are you think there’s at least some room for improvement. If this sounds like you, this post will probably hit the spot.

Living healthy doesn’t have to be difficult. In fact, improving your health is often just a matter of making minor adjustments to your routine and sticking to them.

Very often, our preconceived notions about health and past failures cloud our perspective, making things seem harder than they really are. Try dropping all of that for a minute and just read on.

Who knows? You may just earn yourself a nice health upgrade that doesn’t require anything close to a huge down payment.

If you’ve ever been to Latin America, you’ll notice that many people go home during their lunch break. They take what’s called a siesta, which is basically a nap.

People who nap may actually live longer. According to one study, Greek adults who systematically napped during the day had a 37% lower risk of dying from cardiac-related deaths.1 These participants slept at least 30 minutes three times a week or more.

Napping lowers blood pressure and cortisol, a hormone that modulates stress and is implicated in several diseases. Napping also helps your brain store new memories, which is always a good thing.

Contrary to popular belief, your brain does NOT have to age at the same rate as the rest of your body.

In fact, research shows “super agers” (80- and 90-year-olds who’ve aged very well) have “younger-looking” brains. They also perform just as well (or even better) than middle-aged people on cognitive tests.

Reading, taking classes, and picking up new hobbies can all help keep your brain young and healthy. Video games can help, too. As a matter of fact, a recent study showed that older people who played video games were better at forming memories, paying attention, and multi-tasking.

We all know that exercise is a key ingredient for good health. But contrary to what you may think, you don’t have to “kill yourself” doing it. All you have to do is walk.

In fact, one recent study found that walking was just as good as vigorous exercise in preventing hypertension, high cholesterol, diabetes, and coronary artery disease.

Compared to other forms of exercise, walking is safe and it doesn’t place a big strain on your body. And let’s not forget all of the other benefits associated with it, such as lowering blood sugar levels, improving digestion, easing fatigue, boosting mood, and enhancing sleep.

Eating a plant-based diet may actually help prevent many diseases. It’s what our bodies are meant to eat. Now, we’re not suggesting that you avoid all meat (for all of you dedicated paleos), we’re just emphasizing the importance of eating plenty of fruits and vegetables.

Why? Because a plant based diet is thought to help prevent these health problems (and more):

Many ailments can be prevented with good nutrition, but sometimes good food isn’t enough (or you’re not eating enough of it). Compared to the crops grown in American soil decades ago, modern crops actually fall short on many basic nutrients.

Fortunately, this is where nutritional supplements can help. They can help to “make up” for the lack of nutrients found in your grocery produce and cover the gaps in your diet.

The basic premise is to take a multivitamin and plenty of antioxidants as your “foundation.” CoQ10, PQQ, resveratrol, and quercetin are great examples, just to name a few.

See? Living healthy really doesn’t have to be difficult. It all boils down to making simple changes based on good science and sticking to them. Sound reasonable enough to you?