4 Uncommon Ways To Protect Your Heart 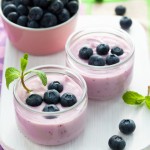 Like many of my patients, you’re thinking more about ways you can prevent, or improve, heart disease. And, you’ve been pretty good about using the most common ways:  Diet, exercise, controlling weight and better managing stress. But, there are also 4 off-the-radar things you can do to protect your heart. Some of these you may already be doing every day and others may surprise you…

4 Uncommon Ways To Protect Your Heart

If you’ve read my newsletter articles regularly, you’ve learned a lot about how to protect your heart through the most commonly used methods.  You may have also learned some novel, alternative angles that cardiology researchers have discovered in the fight against heart disease.

To better serve my patients’ and readers’ health, I’m always on the lookout for new research that uncovers anything that might be helpful in preventing, or improving, heart disease.  In the past few months, I’ve come across separate research on 6 little-talked about things that can prevent, or improve, heart disease.  Many of them are amazingly simple.

1. Your Teeth:  First, let’s start with one of the easiest ways to protect your heart – good dental health.  Now, I know you’re probably thinking, “What the heck does my teeth have to do with my heart”? Well, heart researchers have found that your teeth have a lot to do with your heart health.

In many of my previous articles, I’ve told you that researchers believe thatinflammation is

thought to be the culprit in heart disease. It starts the process of atherosclerosis, or hardening of arteries, with plaque buildups.  But where does inflammation start in your body and how does it get a foothold in your heart?  While there are several ways inflammation can start in your body, one of the most often overlooked is your teeth – more precisely your gums.

A recent study out of University College in London, England, cited in BMJ, (British Medical Journal), found a direct association between poor oral hygiene and heart disease.  Their study concluded that if you don’t brush your teeth at least twice a day, you’re at a whopping 70% risk of developing heart disease! The participants in that study who brushed their teeth less were also found to have very high levels of C-reactive protein, a blood test marker for inflammation and fibrinogen. Elevated fibrinogen levels put you at higher risk for developing life-threatening blood clots.

A 2013 study cited in the Journal of the Royal Society of Medicine revealed that excess sugar consumption and “fizzy drinks” (sodas) combined with poor oral hygiene directly contributed to heart disease.  Consuming excess sugar and the tooth-enamel eroding phosphorus in carbonated beverages leads to destruction of bone around teeth causing gums to recede. Periodontal (gums) disease begins followed by low grade infections that created chronic inflammation.  Reducing, or omitting, sugary sodas and brushing your teeth at least twice a day are simple things you can do to ensure your heart health.

2. Zinc Deficiency.  As people get older, zinc deficiencies are more common, especially in men, vegetarians and/or people who eat very little meat or seafood. Zinc deficiency has been associated with low testosterone levels in older men (about 20%), as well as the following diseases:  Alzheimer’s, Parkinson’s, diseases of the prostate, heart, liver, as well as cancer, diabetes and autoimmune diseases like arthritis, etc.

A 2012 study out of Oregon State University revealed about 40% of older Americans (and about 2 billion people worldwide) are deficient in zinc. Zinc depletion can lead to increased systemic inflammation that fires premature aging. Their study revealed that, with age, your “zinc transporters” don’t absorb zinc as well as when you were younger. In a separate study, researchers out of the University of Kentucky also found that low zinc levels ups your risk of a heart attack.

The current RDA for zinc is men 11 mg and women 8 mg. But, I feel that, if you’re older, and not eating oysters weekly, supplementing about twice this amount, between 15 and 25 mg a day, would be more beneficial to your heart and overall health. But, don’t go above 40 mg of zinc daily to avoid interference with other minerals like copper and iron. Zinc-rich foods include oysters, poultry and red meat, so balance zinc intake from foods as well as supplementing.

3. Aspirin with Your Fish Oil.  Heart researchers have known for a while now that the Omega-3 fatty acid EPA found in fish oil can help fight heart disease. But, recently Japanese researchers identified a specific metabolite of EPA, 18-HEPE, as what really dials down inflammation and dissolves clot-forming fibrinogen in your blood.  Enriching your diet with high EPA Omega-3 fatty acids from fish, krill, flax or walnut oil, or eating oily fish like salmon, mackerel, tuna 3 times a week helps assure that you get more 18-HEPE.

A study published in the Journal of Clinical Investigation, revealed that combining aspirin with Omega-3 fatty acids releases even more of 18-HEPE, boosting EPA’s inflammatory fighting properties. Another study, cited in the journal Chemistry and Biology, revealed that aspirin works to trigger what researchers call resolvins – substances that shut off, or “resolve”, inflammation.

In this study, researchers at the University of Southern California concluded that aspirin magnifies the inflammation-fighting properties of Omega-3 fatty acids. I feel that taking a low-dose, 81 mg aspirin, with your daily Omega-3 supplement can be beneficial to preventing, and improving, heart disease. But, if you have ulcers, gastric bleeding, or esophageal erosions, or otherwise should not take NSAIDs, aspirin should be avoided. Ask your doctor if adding low dose aspirin could benefit you.

But, recent research noted in the American Heart Association’s journal,Hypertension, has shown that taking probiotics also helps lower systolic (upper) blood pressure by nearly 4 points and diastolic (lower) pressure by nearly 3 points.  The researchers, out of Australia’s Griffith Health Institute, reported that the greatest blood pressure lowering effects were seen in people with BP’s equal to, or over, 130/85.

In summary, being proactive with your heart health involves a combined effort of the “usual suspects” of diet, exercise, controlling weight and stress levels. But, the research noted above has revealed 4 fairly simple, little-known ways to also protect your heart. I feel they should become part of the daily routine of anyone who wants to protect their heart and fight the diseases of aging.