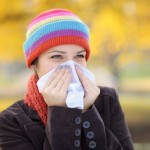 We’ve barely started a new year and already I’ve seen many patients with flu symptoms.  In fact, we are in the throes of a widespread flu epidemic across the U.S. However that doesn’t mean that you have to become part of it. That’s why I’d like all my readers to know that there are some preventative steps you can take to protect yourself from getting the flu, and/or lessen its intensity and complications if you do get it.  Here is what’s currently going on and what you can do.

It’s not often that the CDC (Centers for Disease Control) become truly concerned about flu season in the United States, but they are now calling this flu season the worst in 10 years. USA Today reports [Flu Season Turning Out to be a Harsh One, January 7, 2013], 18 children under the age of 18 have died, and 2,257 people have been hospitalized with the flu.  The season started earlier than usual this time – back in the fall of 2012 – and has ratcheted up in intensity steadily ever since. To date, an estimated 36,000 across the U.S. have become ill with the flu – over 4,000 in the city of Philadelphia alone.

By the end of December 2012, moderate-high levels of flu cases had already spread across the United States.  According to the Journal of Emergency Medical Services [EMS Fights The Flu – The 2013 Influenza Epidemic], the majority of states are under “widespread” or “intense” flu conditions.  No state is reporting low levels of flu outbreak and all states are affected.

They also report that EMS and ambulance runs are at high levels and hospital emergency rooms, urgent care centers, and doctors offices across the country are already overwhelmed with flu victims.  Last night on NBC nightly news, I watched a story [Hospital Opens Emergency Tent in Midst of Increasing Flu Cases, January 8, 2013], about makeshift tent triage centers being set up in Philadelphia to handle flu patients in an effort to contain the virus from spreading to other patients in the emergency room.

Symptoms of the Flu

There really is no such thing as a “touch” of the flu.  You will definitely know if you get it as the symptoms are pronounced and usually occur together.    Here’s what to watch for:

In addition, here are some facts you should know about getting the flu:

How You Can Avoid Getting The Flu

Staying healthy is your best defenses against the flu. Eating right, exercising frequently, sleeping 7 hours a night, and washing your hands in hot water while in public is always good medicine.  In addition, I also tell my patients – especially those over 60 – to get a flu vaccine. The CDC states that the current vaccines are an excellent match for this H3N2 flu virus.  The following are also some nutritional-based flu prevention strategies:

1.  Vitamin D3. A powerful immune system booster.  Deficiencies can put you at high risk for catching any virus you come in contact with.  Adequate blood levels should be 38 ng/mL. Boost up low levels with 1,000 to 2,000 IU per day; take it with a meal containing fat.

6.  Chicken soup. A folk remedy confirmed by medical science. It contains the amino acid cysteine, the precursor ingredient to making one of the body’s master immune system boosters and antioxidants, glutathione. It’s also a potent anti-inflammatory that fight viruses.

To be sure, this epidemic flu outbreak will likely get worse in numbers and fatalities before the season typically ends in March. Yet, with a little precaution taken to preserve your health, and observe good hygiene practices, you can stay healthy an flu-free this winter.