The Lowdown on Plant-Based Meat Substitutes 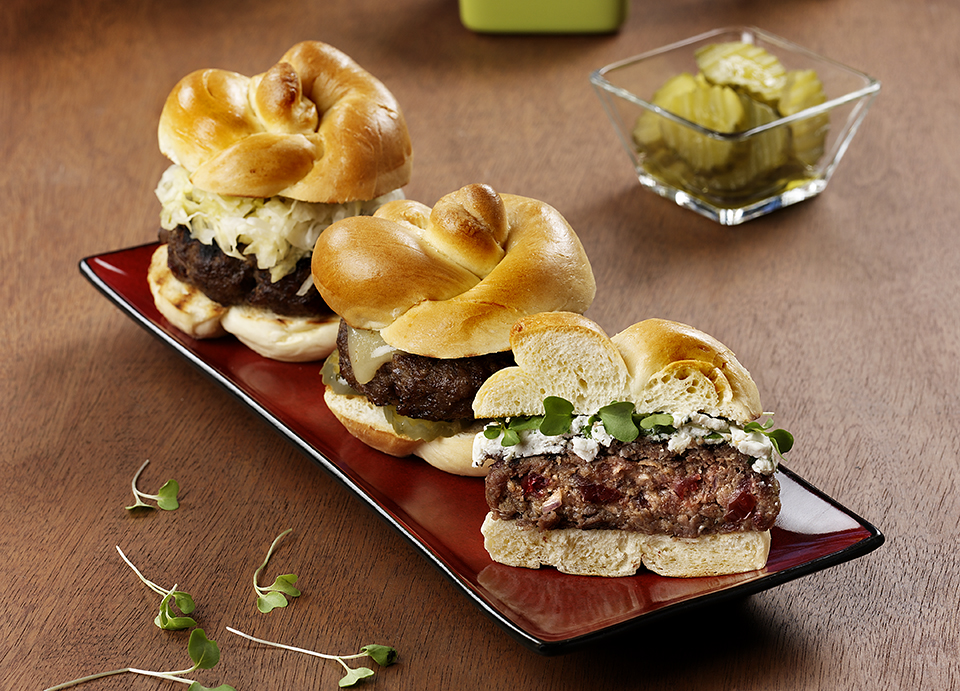 One of the hottest topics to come out of the world of food and nutrition was the broad introduction of plant-based meats, specifically patties that mimic beef burgers. Two companies, Impossible Foods and Beyond Meat, are at the forefront of providing meat substitutes that really taste like ground beef. The question from a FoodTrients standpoint is: are these products more healthful than beef patties? Do they have what it takes to benefit your well-being?

First thing to know about these plant-based meat substitutes is that veggie burgers have been around for decades. Remember Boca® Burger and GardenBurger®? The market for these was individuals—vegetarians and vegans– who wanted to avoid eating meat. Impossible Burgers and Beyond Burgers are targeted primarily toward people who regularly eat meat and patronize establishments like Burger King, but for whatever reason, want to cut down. Those reasons could be for health, for animal welfare, to benefit the environment, appease non-meat-eating loved ones, or any combination of the above. 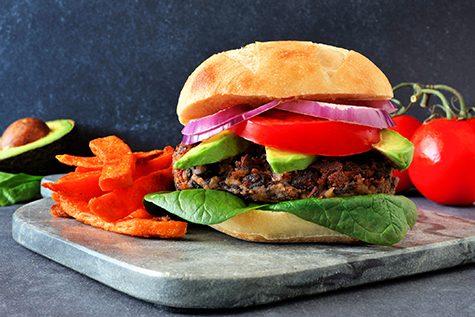 What Are the Plant-based Patties Made Of?

If you want to eat a food that is more ‘natural’, these patties are not it! Check the ingredient statements. The Beyond Meat patty contains 22 ingredients—some that sound pretty benign like Pea Protein Isolate (??) and some unrecognizable as food like methylcellulose.

Impossible Burgers also consist of a long, mostly unpronounceable list of ingredients. Instead of Pea Protein Isolate, the number-two ingredient (after water) is Soy Protein Concentrate. These are not whole foods, but rather parts of plant extracts extruded in a lab.

Trader Joe’s released its own entry into the plant-based burger wars. The new “Protein Patties” contain 18 grams of protein and are made from a combination of pea protein, sunflower oil, beets, and seasonings.

The scary thing about textured vegetable protein, soy protein isolate, and soy protein concentrate is that, in order to separate soybean proteins from fats, many manufacturers use a solvent called hexane. Although most of the hexane evaporates, small amounts remain in the final product. Hexane is a known human neurotoxin and is suspected of damaging reproductive and fetal health. The European Union limits this residue to 10 ppm, while in the U.S. the leftover amounts of hexane are 20-50 ppm.

How About the Nutritional Profiles of Beef Versus Beef Alternatives?

Below is the nutritional declaration for a 4oz. Beyond Beef patty:

And here’s the nutrition statement for a 4oz. Impossible Burger patty:

As you can see, the beef alternative patties have fewer calories, a little less fat and more carbohydrates than a beef burger, but where they really fall down is in the high levels of sodium, which can contribute to high blood pressure and other problems of the vascular system. And the levels of artery-clogging saturated fat from coconut oil are almost as high as a 20% fat beef burger. 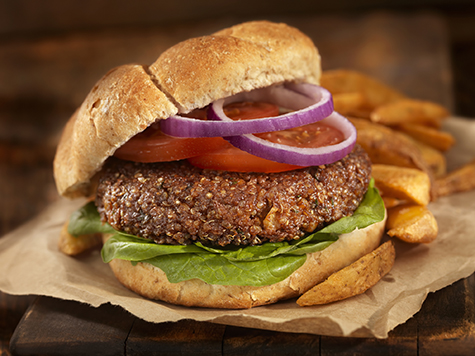 So Here’s the Thing

If you don’t mind eating a highly processed meat substitute, both Impossible Burger and Beyond Burgers taste pretty delicious, especially when doctored up with ketchup, onions, tomatoes, etc. like any fast-food burger. The texture of the patties is eerily like meat, especially because they add heme, a molecule that provides the bloody look and taste of beef.

According to nutritionists who have weighed in on these latest meat alternatives, just as in the case of beef burgers, they aren’t the type of food you want to eat every day if you want to maintain a healthful diet. Simply switching from animal-based meat to plant-based meat won’t make you healthier unless you add a lot of vegetables, fruits, and whole grains to your diet as well.

You can make plant-based burgers more nutritious by adding a whole grain bun, fresh vegetables, mustard and avocado to the sandwich, rather than cheese or mayonnaise. But it’s better to stay closer to fruits and vegetables that haven’t been processed into unrecognizable forms and stick to grass-fed beef. Enjoy these alternative meat burgers as a rare treat, just as you would the occasional Whopper.

One thing Impossible and Beyond Burgers do achieve is that, for all their technology and lab-based alchemy, they do appear to be more sustainable and gobble up fewer resources than beef production.

Even highly manufactured foods from plants use far less land and water resources than it takes to raise cattle. Because it’s agreed that livestock production is one of the main contributors to greenhouse gas emissions, forgoing animal protein is a major step toward reducing global warming and the resulting climate changes that can harm the Earth. That’s reason enough to give the occasional alternative beef burger a try.

That said, if you’ve cut back on meat for both health and earth-friendly reasons but you’re craving a special, old-fashioned beef patty, try this recipe from my Age Beautifully cookbook. 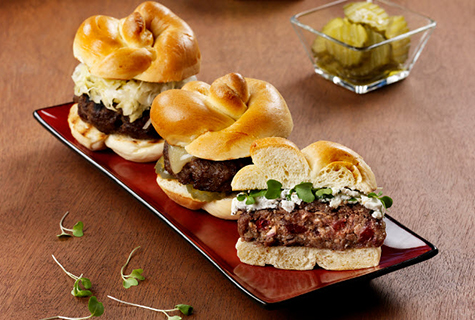 Note: If you can’t find bison meat, you can use any grass-fed meat or even ground turkey for this recipe. For an optional topping, you can make a goat-cheese spread to top the burgers by mixing 1/4 cup goat cheese with 1/2 tsp. of roasted garlic, 1/2 tsp. of fresh thyme, 1 tsp. of fresh parsley (minced), and 1/2 tsp. of fresh dill. To cut down on sugar, you can replace the dried cranberries with dried, unsweetened cherries.

1. Pulse the cranberries together with the flax meal and breadcrumbs in a food processor or blender until you have a coarse meal, about 1-2 minutes.

2. Mix the cranberry-breadcrumb mixture into the ground buffalo meat along with the egg, spice, and vinegar. Shape into 8-10 patties (about 3 inches).

3. Spray each patty with olive oil and grill over medium-high heat (or broil under high heat on a broiler pan) for at least 4 minutes. Flip the burgers and cook another 4-5 minutes more or until they are brown throughout (no pink in the middle). 4. Place on buns and spread with mustard or goat cheese. Top with pickles.

– Anti-inflammatory – Reduces the inflammation process in cells, blood vessels and tissues, helping to slow aging and lower the risk of long-term disease.