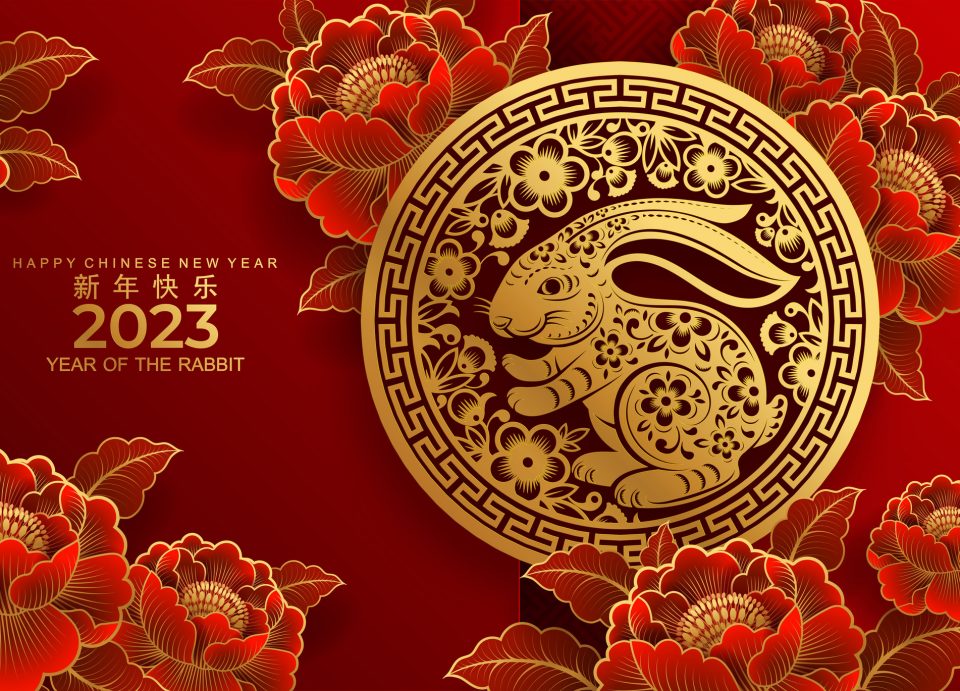 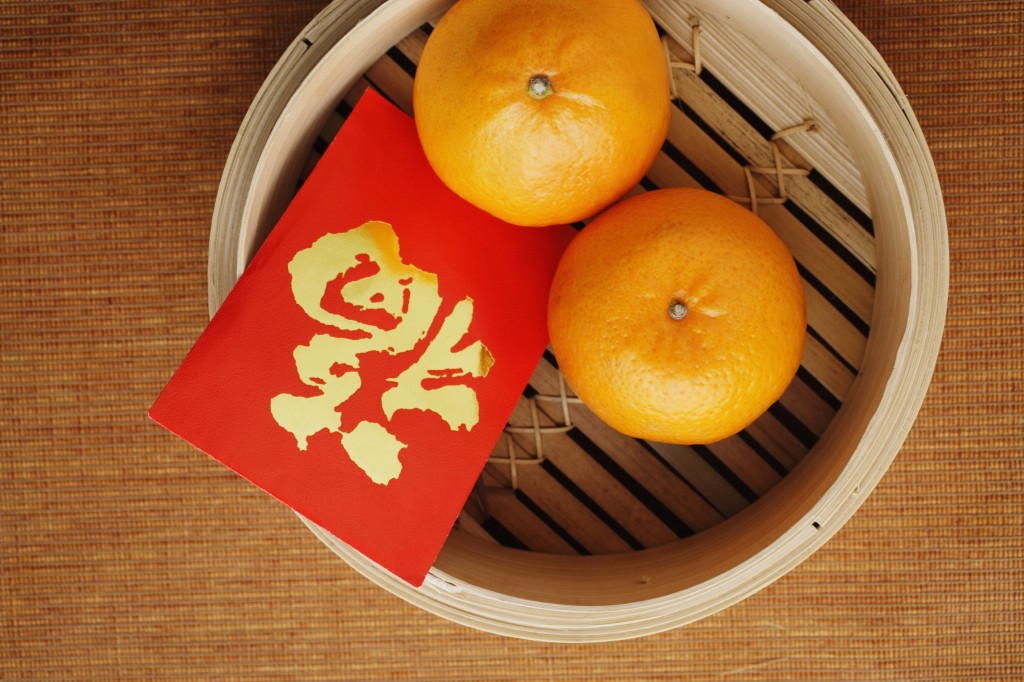 Chinese New Year (Lunar New Year) is a very important holiday for me. Although I was born and raised in Southeast Asia, my father was three-quarters Chinese and my mother was half Chinese. We always celebrated the lunar new year by making special meals full of symbolism. For instance, we made a sweet sticky rice cake called tikoy because it symbolizes unity and togetherness and good luck that is supposed to stick to you all year long.

We also cleaned the house and bought new clothes to wear on New Year’s Eve and New Year’s Day. And my parents gave us children red envelopes stuffed with a little bit of money. The money symbolized prosperity, health, and good luck for the year. We put the red envelopes under our pillows and slept on them for 3 days. Then, to follow tradition, the envelopes are folded into a triangle shape with the money still inside and kept safe for the rest of the year to ensure prosperity.

One of the things I love about Chinese New Year is that it’s usually about six weeks after Christmas (starting sometime between January 27 and February 20) when the days are short and sometimes gloomy, even in Southern California. It’s a bright, festive holiday with emphasis on family, friends and great food. This year Chinese New Year began on Sunday, January 22 and will culminate with the Lantern Festival on February 5. Last year was the Year of the Tiger but in 2023, it’s the Year of the Rabbit. There are 12 animals in the Chinese zodiac, all associated with certain character traits, and the featured animals alternate on a yearly basis. 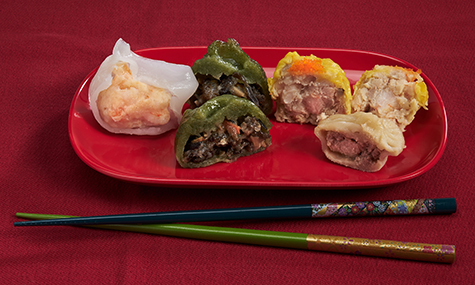 While we associate Western New Year’s with adult parties, drinking and football, Chinese New Year is also all about gathering to enjoy lots of food. Chinese communities all over the world from London to Malaysia, Hong Kong and the Philippines celebrate with family and friends.

This year I’m celebrating Chinese New Year with a dinner for friends and family at Capital Seafood in Arcadia. Capital Seafood is one of the dim sum and Chinese food staples in Southern California, and it’s one of my favorite venues for an Asian-style banquet.

Capital Seafood also made artisanal tikoy, those wonderful sticky glutinous rice cakes along with daikon radish cakes. I requested long life noodles with chicken, too. It’s a dish eaten more often on birthdays than the New Year, but I like the symbolism of long life and health. Stephanie agreed to make the noodles for me with lobster sauce instead of the brown sauce they normally come tossed in. I like it better that way.

One of the most important parts of Chinese New Year celebrations is the feasting: On New Year’s Eve, the extended family would join around the table for a meal that included as the last course a fish that was symbolic of abundance and therefore not meant to be eaten.

Here are some of the foods we’ll enjoy and their meanings: 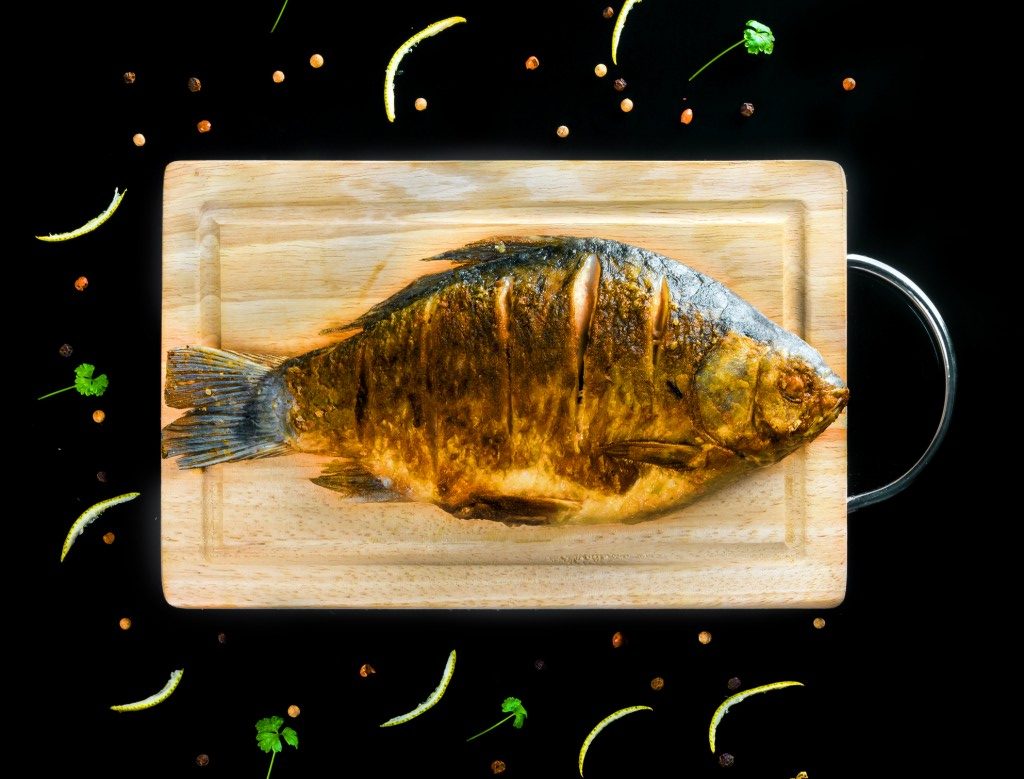 Fish for prosperity — In Chinese, the word “fish” sounds like “surplus,” and having a surplus at the end of the year is a good thing. Not only is the type of fish important—carp and catfish, for example have names that sound like good things for the new year—but the way the fish is eaten matters. The fish is always served at the end of the meal. The head should face distinguished guests or elders, which represents respect, and diners can enjoy the fish only after the one who faces the fish head eats first. The challenging part is that the fish shouldn’t be moved. This makes for some sometimes awkward, sometimes hilarious reaching across the large round banquet table! The two people who face the head and tail of fish should drink together, because this is considered to be lucky.

Dumplings – Classic Chinese dumplings for the New Year are made to look like silver ingots and symbolize wealth. The dumplings are made of an elastic dough and filled with minced meat and vegetables. The more pleats in the dough, the better. If the seal is too flat, it can mean poverty. To make the dumplings extra lucky, people sometimes put a white thread inside for long life. Sometimes a copper coin is placed in the dumpling and the person who eats it will become wealthy.

Spring rolls – These also represent wealth, because when the meat- and vegetable-filled thin wrappers are fried they look like gold bars. People say, “A ton of gold,” before eating spring rolls as a wish for prosperity. 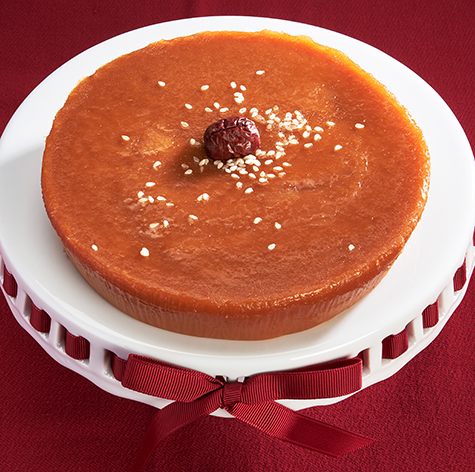 Glutinous rice cake: Higher income or position, growth of children and the promise of a better year — Usually eaten as a dessert, glutinous rice cakes can contain sugar, sesame seeds, red dates and water as the main ingredients. Different regions in China have different versions.

Sweet rice balls: Family togetherness — People toast them with, “Happy family reunion.” These are also a dessert and are sometimes filled with fruit preserves, sesame paste or red bean paste.

Citrus fruits – Because they are round and golden in color, they represent fullness and wealth. This is fortunate, because January and February are prime times for all varieties of citrus and they are at their sweet and juicy best. The Chinese word for “orange” sounds like the word for “success,” and one of the ways of writing “tangerine” contains the character for luck. Eating pomelos and shaddocks (similar to pomelo) is thought to bring continuous prosperity. 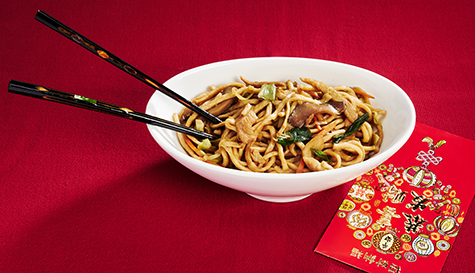 Noodles – These symbolize happiness and longevity. It’s important to serve the noodles long and uncut for long life. They are longer than normal noodles, either fried and served on a plate, or boiled and served in a bowl with their broth.

There are several noodle recipes in my book, The Age Beautifully Cookbook. To start the Lunar New Year on a healthy note, my Vegetarian Stir-Fry Noodles with Annatto is a little bit out of the ordinary, but delicious and full of FoodTrients.

These colorful noodles, which are made with my Annatto Oil and Annatto Water, are as delicious as they are healthful. They can be served as a main course, appetizer, or side dish. I use flat rice noodles like the kind used to make Pad Thai. You can substitute other varieties of mushrooms, and almost any cabbage will work—Napa, savoy, bok choy, green, or even red—and use store-bought vegetable broth instead of homemade. This is a gluten-free dish, so I use tamari sauce instead of soy sauce. Bragg Liquid Aminos provides even more flavor. If you’re not worried about gluten, you can use chow mien noodles or vermicelli.

Shiitake and wood ear mushrooms are good sources of selenium, which lowers cancer risk and boosts immune function.  Shiitakes also contain lentinan, which has anticancer properties. Cabbage is a cancer-fighter thanks to its indoles (sulfur compounds), which also make keratin in nails, hair, and skin. 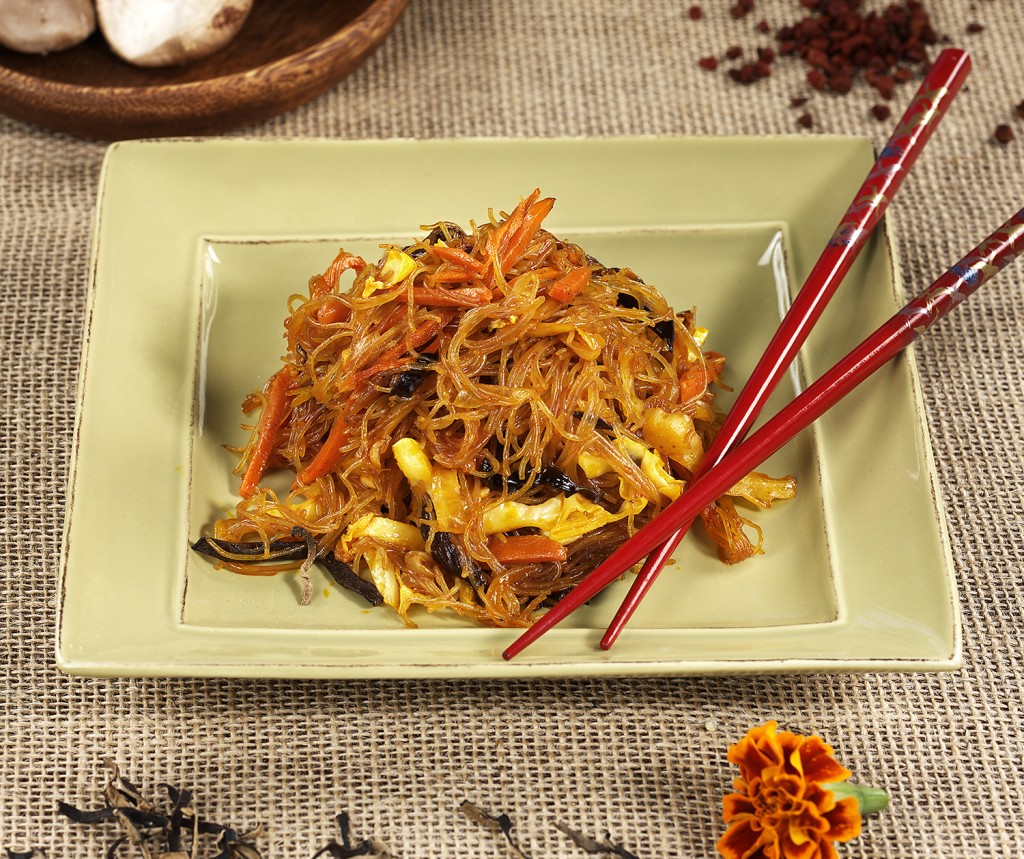 Chef’s Note: To make this dish heartier, add 1 cup of organic, free-range chicken breast strips to the pan when you add the mushrooms. If you use dried mushrooms instead of fresh ones, just soak them first in hot water for 15–20 minutes or until they are soft.