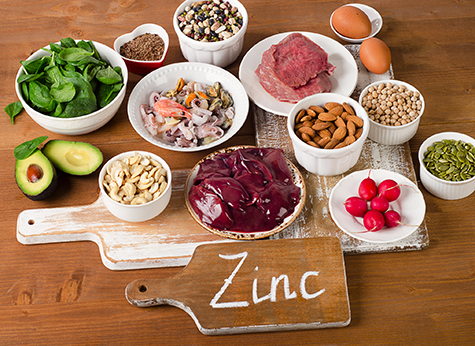 An article appearing on January 16, 2019 in the American Journal of Physiology–Renal Physiology  reported that deficient zinc levels may contribute to high blood pressure by promoting sodium re-absorption by the kidneys.

Zinc deficiency is common in many chronic diseases and can worsen hypertension. However, it had not been known whether zinc deficiency alone could impact blood pressure.

In the current study, the researchers fed 20 mice diets that contained adequate amounts of zinc for two weeks, after which 15 animals were given zinc deficient diets for five to six weeks. Five of these deficient animals were subsequently returned to diets that provided adequate zinc. An additional group of deficient mice was injected with hydrochlorothiazide, a sodium chloride cotransporter (NCC) inhibitor. (The sodium chloride cotransporter pathway is involved in blood pressure control. In the kidneys, it extracts sodium and other ions from urine so that they can be reabsorbed into the blood.)

“This study is the first to link dysregulated renal sodium ion transport to zinc deficiency-induced hypertension,” the authors conclude. “Furthermore, NCC represents a novel mechanism by which zinc regulates blood pressure. Understanding the specific mechanisms by which zinc deficiency contributes to blood pressure dysregulation may have an important impact on the treatment of hypertension in chronic disease settings.”