You Get Food Poisoning More Often Than You Think 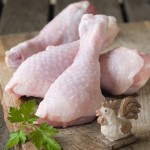 With my busy schedule I often find myself eating out more than I should. The convenience is great but the risks could be plentiful. It all comes down to the lack of control. When we are cooking in our own kitchen it’s easy to cautious about food preparation and handling. But in restaurants this process is usually in the hands of someone we don’t know.

It’s not uncommon for people to experience food poisoning several times in their lives. The symptoms include stomach cramps, diarrhea and vomiting. You’ll also feel weak and may even run a fever. It lasts a day, sometimes two, and then you feel better.

People often recognize these symptoms as a 24-hour stomach virus. The reason why we mistaken food poisoning as another type of medical condition is because exposure to food borne bacteria doesn’t always affect everyone in the same way. And even though you might enjoy a meal with your family and feel fine, your wife might be miserable two hours later.

Your resistance to food poisoning could also be related to your immune system and how it handles the invading bacteria. But food poisoning shouldn’t be taken lightly because regardless if it’s mild or serious you health is at risk.

But the good news is…there are plenty of ways to avoid this common medical condition. Just an “ounce of prevention is worth a pound of cure” and here’s a few great tips to protect you and your family.

It’s simple to prevent mild cases of food poisoning. You can do it if you remember four things.

Selection: Common sources of food poisoning are meats, produce, and canned foods. Most meat and produce related food poisoning can be avoided through proper cooking, washing, and handling.

You should also avoid foods that have an FDA warning out regarding their safety. For example, tomatoes were suspect during the last couple of months. Even with proper washing, people were still getting sick, so the FDA released a warning.

When it comes to choosing canned foods, pass over those that are dented. Dents can lead to contamination of the food within.

Whenever you cooking meat make sure that you cook ground beef to 160 degrees, chicken to 180 degrees, and pork to 160 degrees. When thawing frozen foods, don’t try to rush the process, simply take the time and allow the food to thaw in the fridge.

Keep cooked foods, raw meat, and any foods that require refrigeration out of the danger zone—this is the temperature range between 41 degrees and 140 degrees. Bacteria breed quickly at these temperatures.

Cross contamination: Whenever you are working with raw meats, take care to avoid cross-contamination. Wash your hands after touching raw meat and before you touch other foods. Also, be careful to put cooked foods onto a clean plate rather than one that held raw meat.

Good washing habits: There are two washing habits you should remember when it comes to handling foods. The first is to wash your hands well and often. Wash before you begin. Wash again after each time you handle meat. The second rule is to wash produce thoroughly before preparing, especially if you are going to eat it raw.

Most cases of food poisoning are mild and require no medical attention. You spend a day or two resting and feeling miserable. After that you feel better.

If you’re lucky, you’ll never experience food poisoning worse than this. You should know how to recognize and respond to severe food poisoning because it can be deadly. As the recent tomato scare shows, food poisoning can lead to serious medical problems requiring hospitalization. More than 300,000 people spend time in the hospital because of food poisoning every year.

E. coli and salmonella are the two most common culprits in severe food poisoning cases. If you experience typical food poisoning symptoms (cramping, discomfort, diarrhea), but you can’t 1) keep down fluids, 2) have excessive or bloody diarrhea, or 3) develop jaundiced skin (yellowing of the skin), then it’s time to go to the hospital.

In these cases, you need medical treatment. Without it, your organs may become permanently damaged, which certainly will lead to serious health problems.

In most cases food poisoning isn’t serious it’s just very uncomfortable. Remember, you can prevent most food poisoning by taking the steps I outline above.