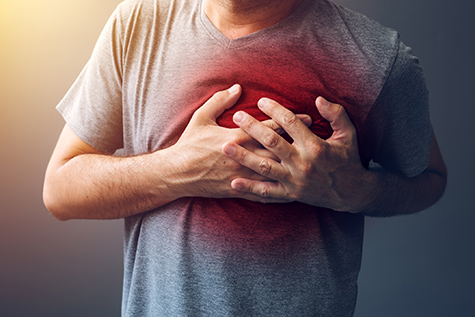 Heart attack rates peaked in the United States in 1968.

In this era, it was not unusual for a man under age 60 to die from sudden cardiac arrest.

A debate raged in the 1960s as to which dietary factors were responsible for the epidemic of coronary artery blockage.

One side claimed saturated fat to be a factor because it raised blood cholesterol. They pointed to studies showing that vegetable fat sources such as corn and safflower oillowered cholesterol and would therefore reduce heart attack risk.

These vegetable sources of oil contain high amounts of omega-6 fats. Excessive consumption of omega-6s can create chronic inflammatory reactions. Inflammation is involved in the development of atherosclerosis.

The natural health community long ago urged people to limit their intake of omega-6 fats and add plentiful quantities of omega-3 (from fish sources) and monounsaturated fats (from olive oil and nuts).

Battling against these recommendations are endless commercial advertisements promoting corn and safflower oil brands as being heart healthy.

A study just published in The British Medical Journal uncovered startling data from a huge human study initiated nearly 50 years ago. It turns out that while omega-6 oils reduce cholesterol, those individuals who consume too much may be at higher risk of death, especially in people over age 65.

In other words, the nearly five-decade practice of replacing butter and other saturated fats with corn oil and other omega-6 fats was an apparent mistake.

This issue of Life Extension Magazine® describes the benefits of heart healthy extra virgin olive oil and why it should be ingested in lieu of most saturated fats and certain vegetable oils.

As late as 2009, the American Heart Association stated that a diet low in saturated fat and moderately high in omega-6 fatty acids was probably beneficial for the heart.

This advice was based partially on evidence that people who ate lots of beef and butter were at higher risk for coronary artery disease.

While avoiding high intakes of saturated fats makes sense, we have long warned about the dangers of consuming excess amounts of omega-6 fats, which permeate today’s American diet.

The typical American diet contains a ratio of 17 omega-6 fats for every 1 omega-3.

A review of the scientific literature reveals that an optimal ratio of omega-6 to omega-3 in the diet is roughly 4 to 1, though some propose that the ratio should be 2 omega-6 fats to 1 omega-3. Other researchers have recommended a 1:1 ratio, meaning that equal amounts of omega-6s to omega-3s should be ingested for optimal health.

What’s overlooked is the role that monounsaturated fats and their accompanying polyphenols play in heart health and overall longevity. The easiest way of including them in one’s diet is to use plentiful quantities of extra virgin olive oil along with a handful of walnuts.

A new analysis of old human data revealed startling statistics that made headline news stories earlier this year. It turned out that people who consumed a diet high in omega-6-rich corn oil had higher overall risk of death than those who consumed butter.

This is not to say eating lots of butter is beneficial. We know it raises cholesterol and increases certain types of cancer. What this analysis published in The British Medical Journal revealed is an ominous possibility of increased risk of death in people over age 65 who:

People who followed the above diet reduced their average saturated fat intake by about 50%, but increased linoleic acid (an omega-6 fat) ingestion by more than 280%!

This large increase in percentage of omega-6 fats is likely to have caused the adverse effects in people who thought they were consuming a heart-healthy diet.

The evidence for this report came from an analysis of data obtained from a human study conducted nearly 50 years ago. Corroborating this finding are results from randomized controlled studies that show consuming diets rich in omega-6s do not necessarily reduce the risk of heart attack or overall mortality despite reductions in total and LDL cholesterol.

Since excess omega-6s increase systemic inflammation and they are chemically modified into highly oxidative fats, it’s easy to make a connection as to why ingestion of omega-6-rich corn oil and derived products (like soft tub margarine derived from corn oil) are in fact dangerous to overconsume.

You’ve probably watched thousands of commercials in which corn oil and other omega-6 fats were promoted as being heart healthy. Cardiac patients for decades were urged by physicians to switch from saturated to omega-6fats. This dietary change did not reduce heart attack incidence. The need to include beneficial omega-3s is still overlooked by many in the medical mainstream. 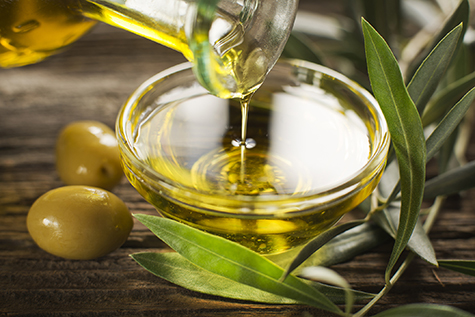 A large volume of published data has emerged in support of the wide-ranging health benefits of including lots of olive oil in one’s diet.

Olive oil, rich in monounsaturated fat, is a major component of the Mediterranean diet, which consistently confers longevity benefits in human populations.

Not only does olive oil reduce vascular risks (heart attack, stroke and hypertension), but compelling evidence indicates that it may also reduce incidence of several forms of cancer.

While olive oil is rich in monounsaturated fats, it also contains polyphenols that have shown unique health benefits.

For each 10 gram per day increase of extra virgin olive oil consumption, there was a 7% decreased risk of cardiovascular mortality.

The huge (35%) reduction in cardiovascular mortality and relative lack of side effects from extra virgin olive oil is highly impressive. In fact, if a drug were developed with these benefits and excellent safety profile, it would be a blockbuster.

This does not mean you should avoid medications properly prescribed by your physician. What it reveals is the huge impact that dietary factors like extra virgin olive oil have on human longevity.

It also exposes what may be a fallacy in the decades-long advice for cardiac patients to cut back on all forms of fat. While Dean Ornish and Nathan Pritikin documented reversals of coronary disease in heart attack patients who consumed ultra-low fat diets, it is very difficult to comply with these near-zero fat diets in real world settings.

Adding extra virgin olive oil (in place of omega-6 fats like corn oil) is both tasty and easy to comply with.