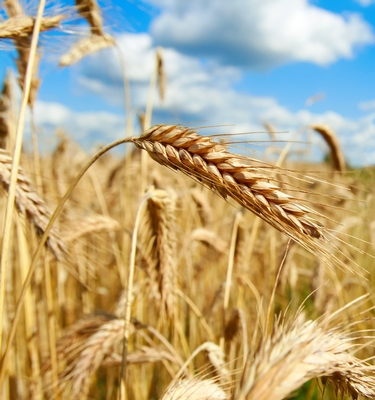 Wheat Belly: Lose the Wheat, Lose the Weight, and Find Your Path Back to Health is not just a book—it’s also a movement.

When cardiologist William Davis started talking about the dangers of eating modern dwarf wheat, he struck a chord. In the intro to his book he states, “I will make the case that the world’s most popular grain is also the world’s most destructive dietary ingredient.” His book is now a New York Times best seller. His blog (www.wheatbellyblog.com) has had over 3 million visitors and it is chock full of testimonials backing up his theory.

Although he has a huge fan base, Dr. Davis also has some detractors. His book is written in a hyperbolic, alarmist style that not everyone appreciates. Many people would prefer that he backed his hypothesis up with more scientific studies, but not enough of them have been performed yet. So if you can get past the scare tactics and scientific studies done on lab animals that might have no correlation in humans, you still might find his theory convincing. He writes, “I am going to argue that the problem with the diet and health of most Americans is not fat, not sugar, not the rise of the Internet and the demise of the agrarian lifestyle. It’s wheat—or what we are being sold that is called ‘wheat.’ You will see that what we are eating, cleverly disguised as a bran muffin or onion ciabatta, is not really wheat at all but the transformed product of genetic research conducted during the latter half of the twentieth century.” 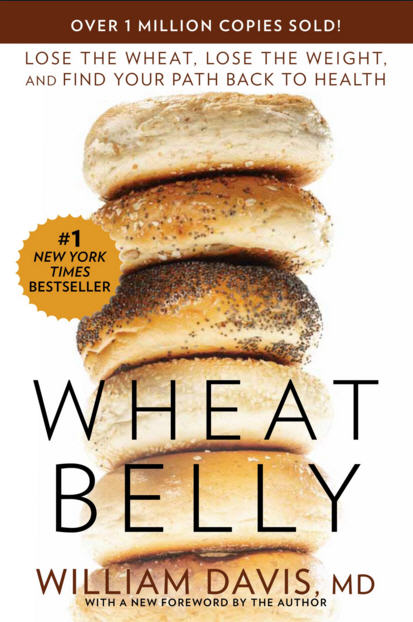 The most convincing part of his argument comes in his explanation of what has happened to wheat over the past 60 years. He tells us that agricultural researchers, botanists, and geneticists developed dwarf, high-yield wheat in the 1950s and 1960s to fight world hunger. Today this new form of wheat is grown all over the world making up over 99% of the worldwide harvest. He goes on to say that ancient strains of wheat like emmer, einkorn, and spelt act very differently in the body. These ancestral wheat strains have much more protein, and carbohydrates that are harder to digest, so their impact on blood sugar is less dramatic. He points out that pasta, which is made from durum or semolina wheat, has less of an impact on blood sugar than whole-grain bread.

Even more surprisingly, Dr. Davis notes that candy bars produce a lower blood-sugar spike than a slice of whole-wheat bread made with modern dwarf wheat. “A wheat belly represents the accumulation of fat that results from years of consuming foods that trigger insulin, the hormone of fat storage.” All of this blood-sugar spiking, he says, leads to insulin release and eventually insulin resistance, a.k.a. diabetes. “The bigger your wheat belly, the poorer your response to insulin since the deep visceral fat of the wheat belly is associated with poor responsiveness or ‘resistance’ to insulin, demanding higher and higher insulin levels, a situation that cultivates diabetes.” He blames modern dwarf wheat for the increased level of obesity and the four-fold increase in celiac disease in our population since the 1950s. Dr. Davis is a celiac himself. He wants you to forget the advice from the ADA and the FDA and the AHA to eat more healthy whole grains. It’s bad advice, he says, in the same vein as “eat margarine, not butter.”