What Are The Health Benefits of Cabbage? 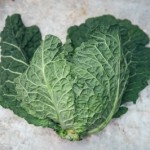 Cabbage can vary in color from green to red and purple, and the leaves can be smooth or crinkled. With less than 20 calories per half cup cooked, it is a vegetable worth making room on your plate for.

This MNT Knowledge Center feature is part of a collection of articles on the health benefits of popular foods. It provides a nutritional breakdown of cabbage and an in-depth look at its possible health benefits, how to incorporate more cabbage into your diet and any potential health risks of consuming cabbage.

According to the USDA National Nutrient Database, one half cup of shredded cabbage (75 grams) contains 17 calories, 4 grams of carbohydrate (including 1 gram of fiber and 2 grams of sugar) and 1 gram of protein.

Eating a half-cup of cooked cabbage would provide 47% of your vitamin C needs for the day.

It also provides 102% of vitamin K, 8% of manganese, 6% of folate and lesser amounts of vitamin B-6, calcium, potassium and thiamin.

Cabbage contains the antioxidants choline, beta-carotene, lutein and zeaxanthin as well as the flavonoids kaempferol, quercetin, and apigenin.

Red cabbage tends to contain more of these compounds than green cabbage.

Consuming fruits and vegetables of all kinds has long been associated with a reduced risk of many adverse health conditions. Many studies have suggested that increasing consumption of plant foods like cabbage decreases the risk of obesity, diabetes, heart disease and overall mortality while promoting a healthy complexion, increased energy, and overall lower weight.

A compound found in cabbage and other cruciferous vegetables known as 3,3′-diindolylmethane (DIM) has been shown to protect against the harmful effects of radiation therapy. In a study conducted at Georgetown University, rats were given a lethal dose of radiation. Some were left untreated, and others were treated with a daily injection of DIM daily for two weeks. All the untreated rats died, but over 50% of those receiving the DIM remained alive at the 30-day mark. The same researchers did the experiment on mice and found similar results. They were able to determine that the DIM-treated mice have higher counts or red and white blood cells and blood platelets, which radiation therapy often diminishes.

It is well-known that DIM has protective effects against cancer, but this study shows there is also hope for using it as a shield to protect healthy tissues during cancer treatment in the future.

Another cancer-fighting compound found in cabbage is sulforaphane. Research over the past 30 years has consistently shown that consuming cruciferous vegetables has been associated with a lower risk of cancer. More recently, researchers have been able to pinpoint that the sulfur-containing compounds (namely sulforaphane) that give cruciferous vegetables their bitter bite are also what give them their cancer-fighting power.

More studies with sulforaphane are testing its ability to delay or impede cancer. Promising results have been seen with multiple types of cancers including melanoma, esophageal, prostate and pancreatic. Researchers have discovered that sulforaphane has the power to inhibit the harmful enzyme histone deacetylase (HDAC), known to be involved in the progression of cancer cells. The ability to stop HDAC enzymes could make sulforaphane-containing foods a potentially powerful part of cancer treatment.

Another natural chemical found in cabbage, parsley, celery and other plants known as apigenin has been found to decrease tumor size in an aggressive form of breast cancer in a recent study conducted at the University of Missouri. Researchers claim that their findings show that apigenin has potential to be used as a non-toxic treatment for cancer in the future.

A popular way to consume cabbage is in a fermented form such as sauerkraut and kimchi. Chocked full of probiotics, fermented foods are one of the best things you can consume for your immune and digestive systems. Healthy microbes generate an acidic environment to preserve and develop flavor and enzymes in fermentation that make vitamins and minerals easier to absorb.

The fiber and water content in cabbage also helps to prevent constipation and maintain a healthy digestive tract. Eating adequate fiber promotes regularity, which is crucial for the daily excretion toxins through the bile and stool.

Recent studies have shown that dietary fiber may even play a role in regulating the immune system and inflammation, consequently decreasing the risk of inflammation-related conditions such as cardiovascular disease, diabetes, cancer, and obesity.

How to incorporate more cabbage into your diet

Choose a cabbage that is heavy for its size. Make sure the leaves are tight and firm as loose leaves indicate an older cabbage. Store cabbage in the refrigerator for up to two weeks.

Cabbage can be eaten raw, steamed, boiled, roasted, sautéed or stuffed. The sulfurous odor often associated with cabbage only develops when the cabbage is overcooked. The longer a cabbage is cooked, the stronger the odor becomes.

A popular fad diet known as the Cabbage Soup diet surfaced in the 1950s and is still moderately popular. Touted as a quick weight loss fix and centered on an unlimited amount of cabbage soup, any weight lost from following this diet will quickly return once the dieter returns to previous eating habits. If you do not want to eat cabbage soup daily for the rest of your life, you should not start a cabbage soup diet. Instead, focus on eating more whole, unprocessed foods and a variety of fruits and vegetables, including cabbage.

If you are taking blood-thinners such as Coumadin (warfarin) it is important that you do not suddenly begin to eat more or less foods containing vitamin K, which plays a large role in blood clotting.

It is the total diet or overall eating pattern that is most important in disease prevention and achieving good health. It is better to eat a diet with a variety than to concentrate on individual foods as the key to good health.