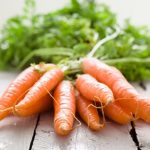 Vitamin “A” may protect children against the mosquitoborne malaria parasite, a study said.

Vitamin “A” appeared to be more protective under certain circumstances, including when administered during the rainy season, as well as when given to older children and when more time had passed since supplementation.

The researchers were looking for possible links between malaria rates and several types of childhood vaccines as well as vitamin “A” supplementation.

Only vitamin “A” was found to be protective against the disease.

Children under the age of five living in Africa were 54 per cent less likely to develop malaria if they had been given a single large dose of vitamin “A”, the findings showed.

The researchers are not certain why vitamin “A” would reduce the rate of malaria infection, but they suspect it is because vitamin A, which is known to boost immunity, and improve the ability to fight off infection, may help the body clear out the malaria parasite more quickly.