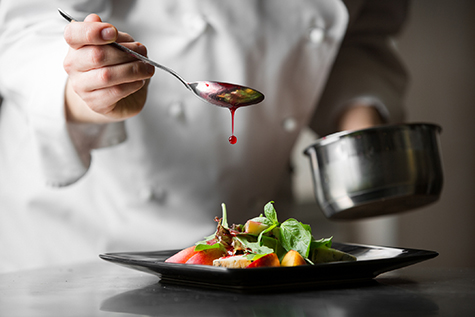 WASHINGTON – As Congress begins debate on food and farm policy, some of the nation’s top chefs gathered
on Capitol Hill today to urge lawmakers to protect the nation’s most effective anti-hunger program from budget cuts.

Award-winning chefs from celebrated restaurants in New York, Los Angeles, San Francisco and other cities from across the country joined anti-hunger advocates from the Plate of the Union campaign to rally support for the Supplemental Nutrition Assistance Program (SNAP). More than 40 million low-income Americans, including one in four children, rely on SNAP each day to help put enough food on the table to survive.

SNAP is funded through the federal farm bill, which Congress must reauthorize every five years. The next farm bill is slated to come up for a vote in 2018 and SNAP funding is always a target for deep cuts.

However, even before lawmakers have begun debate over the farm bill, the anti-hunger program has already been targeted by the House Budget Committee. According to key staff, lawmakers on the budget committee will seek to cut SNAP funding this week by $150 billion (more than 20 percent) over the next 10 years.

“Cutting funding from this program is quite simply taking food from the mouths of children,” said chef Tom Colicchio, food advocate and co-founder of Food Policy Action Education Fund. “Today we’re making the case to our elected leaders that they must stand with the millions of families who rely on SNAP to have enough to eat.”

The Plate of the Union campaign is a collaboration between Food Policy Action Education Fund and Environmental Working Group. EWG President Ken Cook, who is also co-founder of FPA-EF, said SNAP is not where budget-cutting lawmakers should look.

“If Congress wants to slash farm bill funding, it should target the billions taxpayers send to mega farm operations in the form of crop and insurance subsidies, not this vital anti-hunger program that helps millions of struggling families put food on the table,” said Cook. “In a country as rich as ours, having enough food to feed yourself and your family shouldn’t be a privilege afforded to only those with means.”

Cook and Colicchio were joined by representatives from the campaign, Food Research Action Network, Center on Budget Policy and Priorities, James Beard Foundation, Patachou Foundation and a number of award-winning chefs, including: