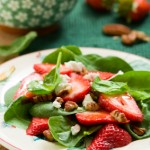 Dr. Arthur Agatston is a leading preventive cardiologist and an associate professor of medicine at the University of Miami, Miller School of Medicine. A pioneer in the field of noninvasive cardiac imaging, Dr. Agatston’s scientific work with Dr. Warren Janowitz, first reported in 1991, resulted in the Agatston Score, a method for screening for coronary calcium that is currently used throughout the world and considered by many experts to be an important predictor of heart disease. He is the author of the New York Timesbestselling sensation, The South Beach Diet. His new book The South Beach Diet Gluten Solution is available now. In this exclusive interview, Dr. Agatston talks to Life Extension® about how his latest project can benefit readers.

LE: Let’s start at the beginning. How serious of a problem is gluten in food products?

AA: For some people—about 1% of the population—gluten can be a matter of life or death.1 These people have a condition known as celiac disease. True celiacs, as they are called, are so sensitive to gluten that even a small amount—really just a trace—can make them very sick. Until a decade ago, celiac disease was thought to be extremely rare, affecting 1 in 10,000 people in North America.2 But in 2003, Dr. Alessio Fasano, one of the world’s leading researchers in the field, reported a surprising finding: The rate was actually 1 in 133. That’s 100 times more common than was previously believed.

LE: Celiac disease is the strongest form of gluten intolerance, but your book focuses largely on a more prevalent issue, which is something called gluten sensitivity. Can you explain that a little?

AA: Gluten sensitivity is a condition with symptoms often similar to celiac disease but that may not require giving up gluten entirely. With the significant increase in our gluten intake over the past 50 years due to the ubiquity and overconsumption of products made with highly refined wheat flour, we are just beginning to appreciate gluten’s impact on our health. As a society, we are in a state of “gluten overload,” and millions of people of all ages and all walks of life are suffering as a result.

LE: What can people do to determine whether or not they have celiac disease?

AA: If you were to walk into my office tomorrow with abdominal pain, fatigue, foggy mind, joint pain, tingling in the extremities, or any of the other symptoms commonly associated with both celiac disease and gluten sensitivity, I would test you for celiac disease before suggesting that you try the Gluten Solution Program. This involves drawing blood to check for anti-tTG and other antibodies that are produced when intestinal cells are damaged and for the genes linked to celiac disease (HLA-DQ2 and/or HLADQ8). Depending on the results, a confirming biopsy may also be necessary. At the same time, I also test for nutritional deficiencies common in people with celiac disease, namely iron, folic acid, vitamin B12, and vitamin D.*

LE: In your experience, what are some of the symptoms that people may experience if they are sensitive to gluten?

AA: In my cardiology practice, I have been amazed at the number of patients who have gluten sensitivity and who have gone undiagnosed for many years. When they eat foods containing gluten, it triggers unpleasant symptoms—stomach pains, diarrhea, heartburn, body aches, headache, skin rashes, fatigue, brain fog, and depression—and sometimes leads to or exacerbates chronic illnesses such as rheumatoid arthritis and fibromyalgia. We now know that there is a relationship between this new epidemic of gluten sensitivity and the epidemics of obesity and diabetes, two related and reversible conditions that have been the principal focus of my earlier South Beach Diet books.

LE: Can you describe that insidious relationship?

AA: I have written a great deal about the epidemics of diabetes and obesity and their well-established relationship to heart disease and to most other chronic diseases. I have laid the blame squarely on our sedentary lifestyle and our poor diet filled with empty-calorie, low-fiber, non-nutritious foods—especially in the form of refined carbohydrates. Our addiction to highly processed starches has led us to consume more gluten than ever before. The irony here is that the more of these junk foods we eat, the more we crave them and the more we continue to eat them. It is a vicious cycle that leaves millions of people struggling with their weight, feeling exhausted and depressed, and suffering from a variety of health problems that are diminishing their quality of life.

LE: In order to combat this problem, many people need to alter their diets to remove all gluten products. But what is the difference between being “gluten free” and being “gluten aware”?

AA: The generally accepted definition of gluten free means that a food must contain less than 20 parts per million (ppm) of gluten, though labeling laws are yet to be passed. That’s the amount in about 1⁄48 of a slice of bread: just a tiny sliver. In addition, grain products—cereals, baked goods, and other products—are not truly
gluten free unless they are made in their own gluten-free facilities to prevent cross-contamination from wheat, rye, or barley products. For example, if an oatmeal cereal is made in a factory that makes cream of wheat, although the oatmeal is made from oats and nothing else, cross contamination with traces of wheat picked up from the same machines that processed the wheat can bring the oatmeal above the 20 ppm threshold.

LE: An interesting section in your book describes how the overuse of pain relievers such as NSAIDs and antibiotics is exacerbating the gluten digestion problems many Americans face. How does this work?

AA: In recent decades, there has been an ever-increasing use of pain relievers, particularly nonsteroidal anti-inflammatory medications (NSAIDs), both over the counter and prescribed. These include aspirin (Bayer, Bufferin®), naproxen (Aleve®), and ibuprofen (Advil®, Motrin®). While most of us have heard that NSAIDs can damage our stomachs, what you may not know is that they are just as likely to damage your small intestine. When you consider that more than 30 billion doses of over-the-counter and prescription NSAIDs are taken in the United States each year, the impact on our collective small intestines must be substantial. In the same manner that gastroenteritis allows incompletely digested gluten peptides to leak through the intestinal lining and cause symptoms, so can NSAID damage. As with NSAIDs, overuse and overprescription of antibiotics is rampant in the United States today, beginning in childhood. It is estimated that doctors prescribe antibiotics to a child at one out of every five visits, often for viral respiratory ailments like bronchitis and flu that do not require them.

LE: The science behind how your intestines take such a strong hit with this disease makes sense, but you even mention that gluten sensitivity can lead to osteoporosis. That’s surprising.

AA: About 55% of Americans over the age of 50 either have osteoporosis or are at high risk for developing it.9 I have always wondered why osteoporosis is so common in the industrialized world, despite our intake of calcium, magnesium, vitamin D, and other nutrients important for bone formation and strength. Interestingly, osteoporosis has traditionally been treated with calcium supplements, but their impact on stopping or reversing this disease seems to be minimal and there is a reason for that. We know that with celiac disease, nutrient deficiencies resulting from a damaged small intestine stunt the growth of children and, indeed, prevent children from getting enough of these vital nutrients during their bone-building years. It seems likely that the osteoporosis that occurs later in life could be due to decades of poor absorption of the nutrients that were available from food but never got into the bloodstream and tissues.

AA: If you have been told that you have a low vitamin D level, you should be tested for celiac disease, since damaged villi cannot adequately absorb this fat-soluble vitamin. Even if the results are negative, you should follow our Gluten Solution Program, monitor your response, and have your vitamin D rechecked after being off gluten. Conversely, if you find you are gluten sensitive after you’ve done our program, ask your doctor to test your vitamin D level and your levels of other nutrients as well. You may need supplementation under your doctor’s guidance.

LE: Even if someone adopts a gluten free or gluten aware diet, there is still a lot of damage that has been done to the GI tract. What can people do to repair this damage?

AA: There’s a promising area of microbiota research that is shedding new light on recolonizing the bacteria in our intestines with probiotics. The word literally means “beneficial to life.” You’ve likely heard of probiotics. These good bacteria, which already reside in our intestines, have populated or have been added to a vast number of products ranging from yogurt to green tea drinks and other supplements for years. But despite some good rationale behind efficacy claims, we are still waiting for more evidence before probiotics can be established as an important component in achieving better health. That’s in part because the various foods and supplements for oral delivery of probiotics don’t necessarily spare these friendly bacteria from being destroyed by our stomach acid. One use of probiotics that has been found to be beneficial, however, is in the treatment of the bacterial overgrowth of Clostridium difficile, a decidedly unfriendly enemy that attacks our intestinal linings, causing inflammation, abdominal pain, and diarrhea. 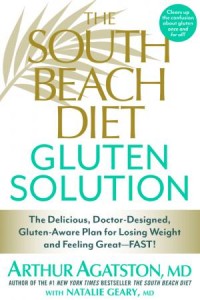 AA: The South Beach Diet Gluten Solution is simply an extension of our time-tested plan. The same principles of eating a varied diet consisting of nutrient- and fiber-rich vegetables, fruits, and whole grains, as well as lean protein and good fats, still hold true here. You’ll just be giving up all gluten for a few weeks to determine if you have any gluten sensitivity. Today, wheat has been targeted as the enemy, and some people have gone a little overboard avoiding it. Just as people were wrongly fat phobic back in the 1990s, they’re wrongly gluten phobic today. That’s why I have created the South Beach Diet Gluten Solution to clear up the confusion about gluten, to help you figure out whether you need to be concerned about gluten at all, and then to help you make the best food choices for better health if it turns out you do have a gluten sensitivity.

Arthur Agatston, MD, is a cardiologist and an associate professor of medicine at the University of Miami, Miller School of Medicine. He is the author of the best-selling bookThe South Beach Diet, which focuses on a food lifestyle including nutrient-dense, fiber-rich foods. Agatston admits that he didn’t set out to create a popular diet plan—the plan came out of the need to get his heart patient’s diets under control.