The Little-Known Longevity Factor in the Japanese Diet 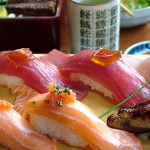 Over the past decade, a quiet revolution in aging research has unfolded, its focus centered on little-known molecules known as fucoidans. These molecules play a crucial role across a broad range of physiological mechanisms.

Fucoidans are found almost exclusively in certain kinds of seaweed. Their anti-aging potential emerged in several analyses of the Japanese diet, particularly among inhabitants of the island of Okinawa, long known for its high concentration of people at least a century old (centenarians).

Virtually no one in the West obtains enough of these critical molecules, which have been shown to facilitate tissue regeneration, immune function, and cell-to-cell communication.

In this article, you will discover how fucoidans work to combat cancer, metabolic syndrome, and other degenerative disorders.

The Japanese enjoy a long life expectancy that is among the highest in the world. For many years, life expectancy at birth on the islands that comprise the Okinawa prefecture was even higher than on the mainland. At the same time, the Japanese enjoy far lower incidence of most chronic, age-related diseases than Western populations. Multiple factors contribute to their successful aging and healthy life span, including a diet low in calories and rich in fruits, vegetables, and fish. In addition, in Japan, there is a widely held cultural belief that “food is medicine.” However, one dietary factor stands out that is virtually unique to the Japanese diet: regular consumption of seaweed, as much as 4-6 grams per day.

There are many varieties of edible seaweed, which in Japan go by the common names of wakame, mekabu, and kombu, among others. Strictly speaking, “seaweed” is not a plant but rather an amalgam of algae, or single- and multi-cellular marine organisms that group into clumps or mats. These particular species contain high concentrations of long chain molecules collectively known as fucoidans.

Scientists have discovered that fucoidans are a source of necessary components of cell-surface molecules that facilitate cell-to-cell signaling, the core regulatory process responsible for everything from immunity and cardiovascular function to healthy cellular proliferation. Researchers believe that the shorter life and health spans observed in Western populations result in part from the near-total absence of dietary fucoidans.

Much of the world’s literature on fucoidans originates in Japan, given their abundance in the Japanese diet. Even some drug companies are investigating their therapeutic potential.

The strongest scientific evidence on fucoidans is derived from studies of the speciesUndaria pinnatifida. It has been shown that fucoidan-rich Undaria, once ingested, can bind to toxins such as dioxin within the mammalian body and facilitate its excretion. The effect is noteworthy enough that some clinicians believe it could hold promise as a therapeutic intervention in humans exposed to dioxin.

Fucoidans also modulate growth factors required for healing and tissue regeneration, while blocking those associated with visible aging. This is largely the result of their immune-modulating capabilities: they simultaneously downregulate inflammation while boosting appropriate recognition and destruction of invaders.

Through their beneficial interaction with cell surface proteins, fucoidans exert beneficial effects on cells within the immune system, where glycoproteins serve as vital receptors and detectors of changes in the internal environment. Undaria extracts stimulate beneficial immune responses while suppressing those that could lead to tissue damage.

Immune stimulation by fucoidans enhances activity of both the cellular and the antibody-based components of the immune system, boosting protection not only against bacteria and viruses, but also against many nascent cancers. In one animal model, Undaria fucoidans enhanced survival and inhibited tumor growth in experimentally induced cancer, the result of enhanced activity of cancer-destroying natural killer cells.

In early stage, experimental cell studies, fucoidans demonstrated potential for preventing infection with numerous malevolent microorganisms, including the malaria parasite and herpes viruses. In laboratory studies, they block cell surface receptors those invaders need in order to attach themselves and enter human cells, preventing infection from taking hold. Viruses in particular can attach to a cell membrane receptor and then enter the cell interior, where their genetic material replicates and produces destructive effects on host cells.

Undaria fucoidan extract has been shown to inhibit replication of herpes by stimulating ingestion of the virus by macrophage cells and boosting numbers of antibody-producing B cells. All of these experiments show great promise for future applications of fucoidans in protecting against various pathogens.

In an early phase, open-label trial, oral Undaria fucoidan was administered to 15 individuals of various ages (from under age 10 to age 72) suffering from herpetic infections including herpes type 1 (cold sores), herpes type 2 (genital herpes), herpes zoster (chicken pox; shingles), and Epstein-Barr virus (mononucleosis). The Undaria dosage approximated typical daily seaweed intake in Japan. Undaria increased the healing rates of active herpes virus infections in all 15 subjects. Individuals with chicken pox and shingles noted reduced pain and more rapid resolution of skin lesions. In the laboratory, scientists found that the Undaria extract increased the growth of infection-fighting T-cells in cell culture. The scientists postulated that Undaria’s ability to increase T-cell growth in the laboratory may be related to its ability to enhance immunity in human subjects.

Undaria extracts have also been shown to enhance the natural cancer cell-destroying activity of immune cells in experimental animals, while increasing survival rates. In one animal model, it suppresses proliferation of tumors of the breast—a telling finding given that breast cancer rates in humans are substantially lower in Japan than in US populations. Importantly, while the extracts induce apoptosis in cancer cells in the lab, they have no such cell-destructive effects on healthy human mammary tissue.

Incidence of metabolic syndrome is on the rise around the world, though its prevalence lags behind in some Asian countries that consume a traditional diet rich in seaweed. This phenomenon has recently been attributed in part to the high dietary intake of Undaria and other brown seaweeds. Metabolic syndrome, triggered by—and also a cause of—accumulated advanced glycation end products (AGEs), is associated with type 2 diabetes and high cardiovascular disease risk. Fucoidans hold tremendous promise in disrupting the processes that lead to metabolic syndrome and its cardiovascular consequences.

Undaria exerts anti-diabetic effects by stabilizing and slowing the digestion of starch from processed carbohydrates, which may reduce the likelihood of dangerous postprandial glucose and insulin spikes.

Diabetic patients also suffer from diminished peripheral blood flow, leading to skin ulceration and poor wound healing. In one compelling study, researchers discovered that fucoidan supplementation could restore normal control of capillary blood flow in diabetic animals. Some of this benefit may arise from the fact that fucoidans can inhibit binding of AGEs to the cellular receptors that trigger many of their damaging effects.

Fucoidans may also prove a potent intervention to combat arthritis. There are many different kinds of arthritis, with a variety of causes. Their unifying characteristic is painful joint swelling with inflammation and increased production of pro-inflammatory cytokines (cell-signaling molecules).