The Health Benefits of Sage 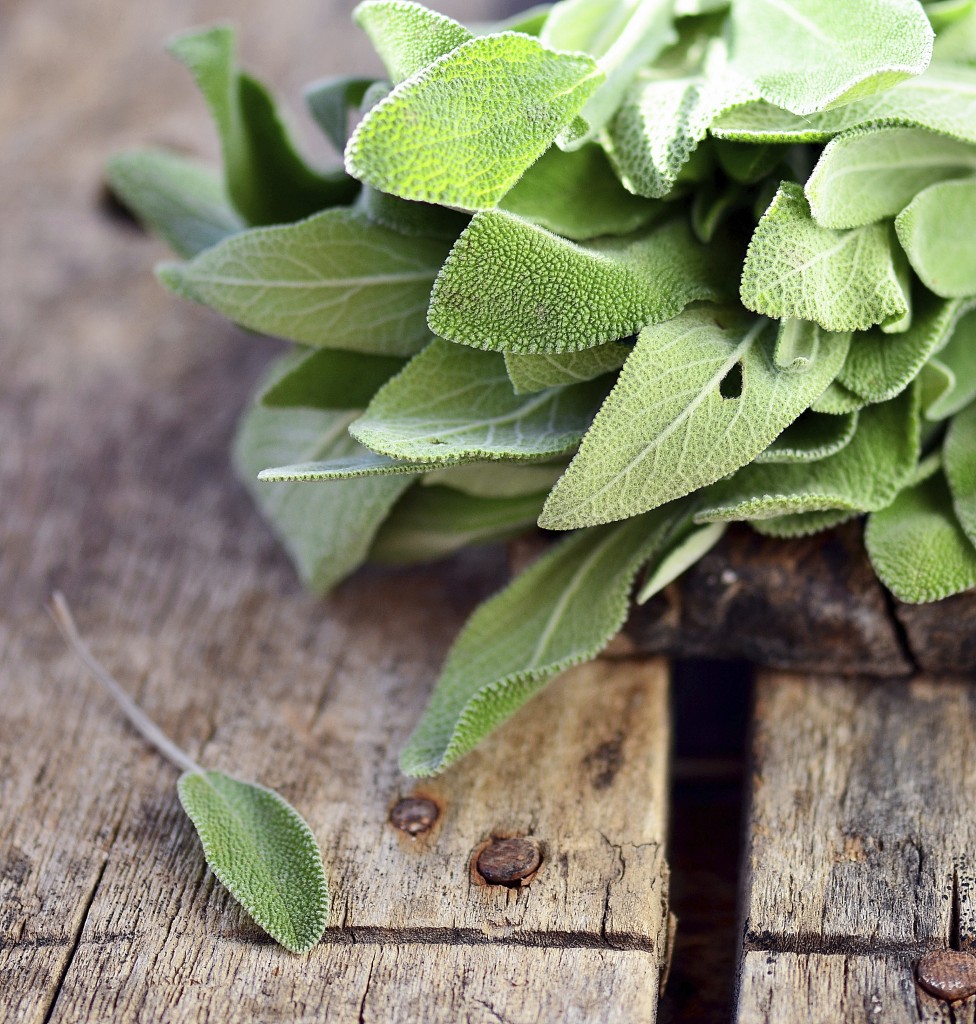 The word “sage” brings to mind an elderly dispenser of wisdom, the fragrant brush of a desert landscape, or perhaps “smudging” — a Native American ritual involving burning dry, bundled herbs, which is said to benefit a location’s energy.

However, sage is most commonly known as a seasoning used to flavor holiday stuffing or brewed on its own as tea.

Sage (Salvia officinalis) takes its name from the Latin word salvere, which means “to save,” referring to the herb’s healing powers.

Common sage has a number of documented beneficial properties, not limited to those of an antioxidant, anti-inflammatory, antifungal, and antibacterial.

Sage has a pleasing, distinctive aroma and in its oil form is used in aromatherapy. An eight-year study found that sage oil inhaled and applied to the skin was effective in helping to reduce the pain of childbirth.

The anti-inflammatory effect of topically applied sage may be due to its ursolic acid content, which has been found to be twice as potent as indomethacin, a common anti-inflammatory drug, at combating inflammation.

Sage also has a topical use as a throat spray. In a trial of 286 patients with sore throat, a spray containing 15% sage extract was significantly more effective than a placebo in diminishing throat pain.

Additionally, sage proved to be more effective than a conventional medication when combined in a spray with echinacea.

Sage may be an effective treatment for menopausal symptoms. A trial of 30 menopausal women treated with sage leaf resulted in complete disappearance of hot flashes and night sweats in 20 women and a reduction in symptoms among the remainder.

Sage has been shown to stimulate the brain’s benzodiazepine receptors, which are affected by tranquilizers such as valium, meaning that it could impart a relaxing effect.

In another area of research, a study that involved rats and was published in the British Journal of Nutrition concluded that sage enhanced insulin sensitivity in liver cells of healthy animals.

In Iran, where sage is used in traditional medicine, a trial of 40 diabetics found a reduction in fasting glucose, cholesterol, and triglycerides accompanied by an increase in HDL in comparison with a placebo after three months of supplementation.

Sage May Fight Lymphoma and Leukemia

Amazingly enough, sage may also help with the treatment of lymphoma and leukemia.

A study utilizing cultured human lymphoma cells and leukemic cells revealed that sage extract suppressed proliferation by more than 80% in comparison with a chemotherapy drug.

Sage For a Healthy Memory

The connection of sage with memory has been documented in early European medicine. More recently, sage has been found to promote the activity of acetylcholine, a neurotransmitter involved in thinking and memory.

A trial of 20 people over the age of 65 found enhanced memory in those who received sage extract in comparison with a placebo.

And in a trial of 42 patients with Alzheimer’s disease, 60 drops of sage extract per day was associated with better cognitive function compared to a placebo after 16 weeks.

The association of “sage” with a great mind may just have a physiologic basis after all. While drinking sage tea may not make you any wiser, it could help improve memory and cognition, if these studies are any indication…along with providing other potential benefits.