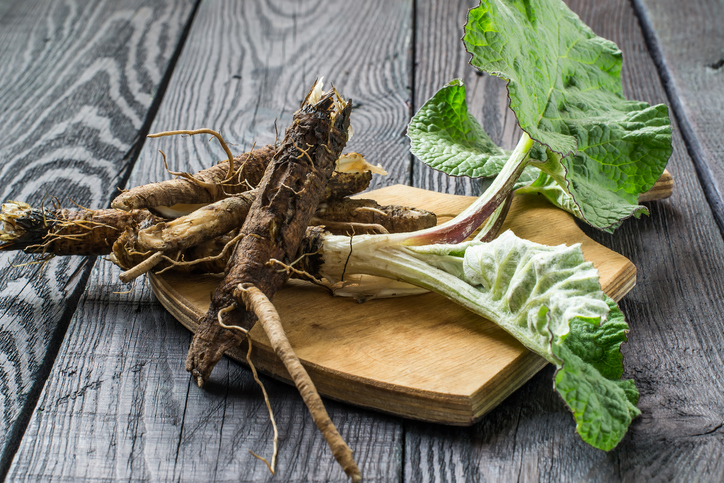 A popular culinary herb and traditional healing medicine alike, burdock is an ancient plant with modern day trends worthy of our attention. Now incorporated into stir-frys, teas, and even as a flavor for soda, this traditional invasive plant has been trending for a while.

Burdock is a plant that is consumed in cuisines around the world and it is also used as a supplement in powder, extract or tincture form in traditional Chinese, Japanese, European and American folk medicine. Though not part of the modern American diet, burdock root is a nutritional plant full of vitamins, minerals and fiber. Read on to learn more about its historical use, the properties that make it so promising as a medicinal herb, and considerations to take before you use it yourself. 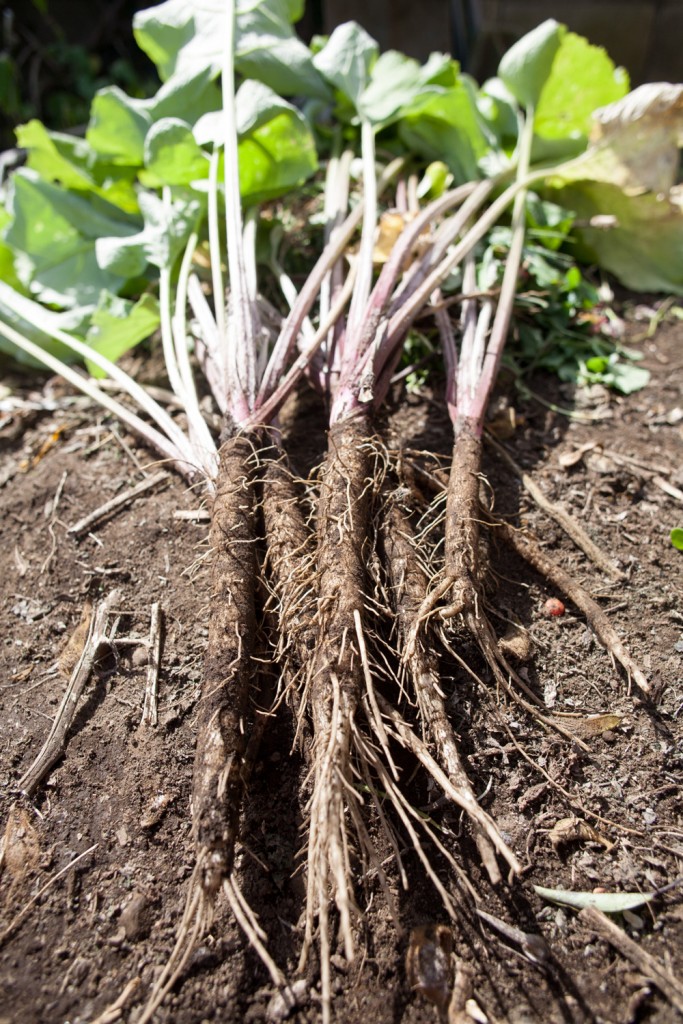 Burdock as Medicine
Burdock in powder or extract form is used for many medical reasons including anorexia, gastrointestinal problems, rheumatism, gout, hypertension, arteriosclerosis, arthritis, diabetes, hepatitis and chronic skin conditions. It is sometimes used to treat colds, certain cancers, as a diuretic and as a general purifier of the blood. You may see burdock root referred to by its scientific name Arctium lappa on labels or in herbal blends. It has been used in China to treat impotence and sterility and by Native American populations for women in labor. It has also been called an aphrodisiac though scientific evidence on that relies on animal studies for now.

The reason that burdock is used for so many remedies and is popular in traditional herbal medicine may be due to its beneficial tannins, which are phenolic (aka antioxidant) compounds found in plants. Medicine can be made from the leaves, fruits and seeds, which are not consumed in the diet due to bitter properties.

Burdock contains factors often linked with benefits to human health including plant sterols, sulfur-containing compounds and volatile oils. Further, it is high in fiber and is considered mucilaginous, or viscous, which makes it quite soothing to the gastrointestinal tract. In particular, burdock contains a type of fiber called inulin, which is a prebiotic, meaning it feeds the good bacteria living in the human gut.

Studies have shown that some compounds in burdock are antibacterial and anti-inflammatory. Keep in mind that the studies observing these positive effects take place largely in animal studies or in vitro (in the lab environment). There is some evidence available that burdock extracts can affect cancer cells in a variety of ways including antioxidant and anti-inflammatory capacity, anticarcinogenic and antimutagenic properties, but keep in mind that could be said about the compounds in many plants and herbs. 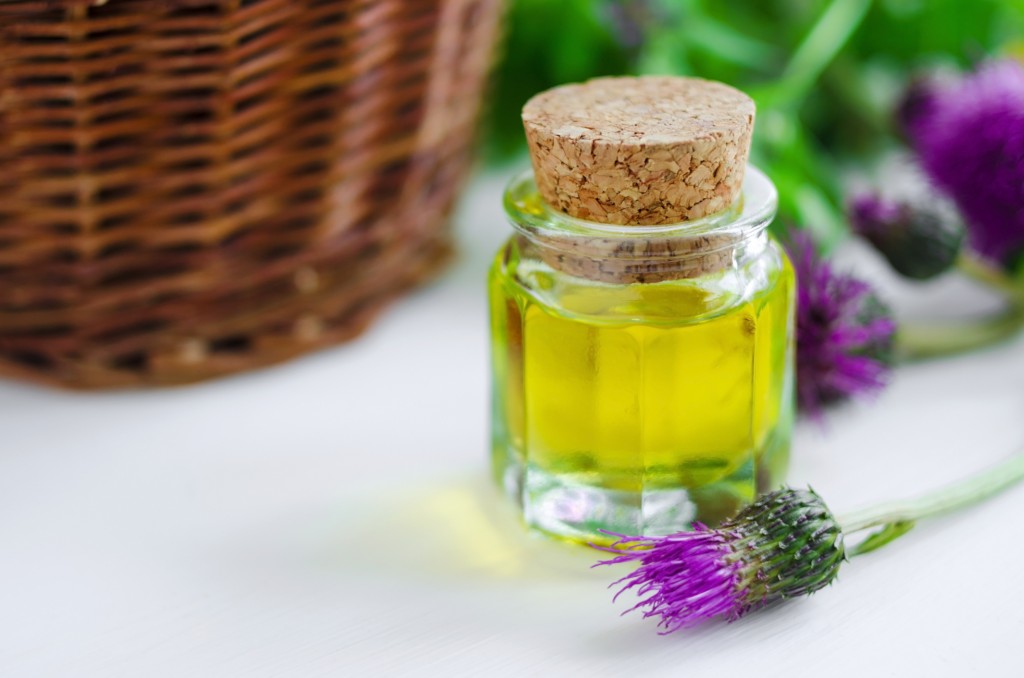 Burdock and Cancer
One of the most well-known uses for Burdock is as the major herbal ingredient in the popular cancer support tea, Essiac, which also contains a variety of other herbs. Research is not great on Essiac with one showing worse outcomes in breast cancer patients, though confounding factors were noted. Other studies show promise in laboratory settings, in vitro, with anti-cancer effects including antioxidant and DNA-protective capacity. It is too early to say if burdock is an effective treatment against cancer and more studies are needed to better assess safety and appropriateness of using this herb.

Be aware that though burdock is considered safe in the amounts found in food, there isn’t enough scientific evidence at this time to properly assess the safety of medicinal doses. Animal studies have suggested that burdock may cause low blood sugar so caution should be taken with use in diabetics. 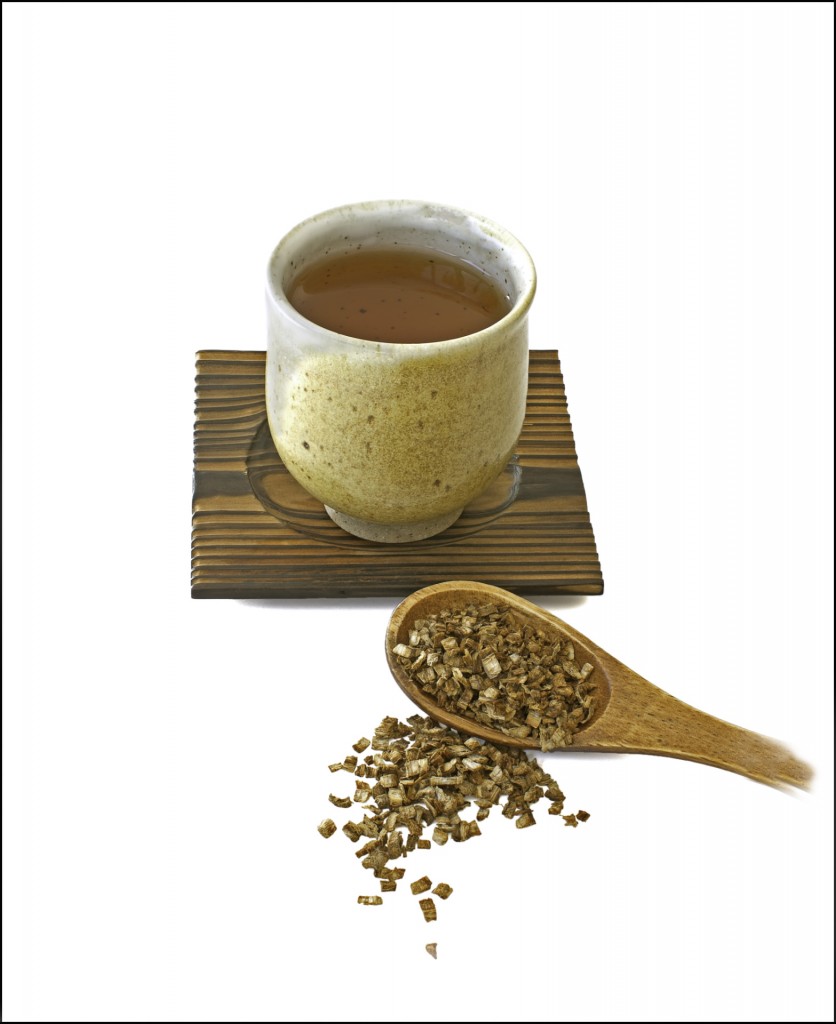 There is some evidence that burdock can thin the blood so use caution with medications or other herbs that work as anticoagulants. To use burdock in powdered, dried or capsule form, meet with an herbalist, functional medicine, or Traditional Chinese Medicine provider who can better assess your unique needs and the safety of using this type of natural medicine.