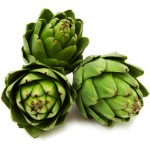 While artichokes may not be the easiest food to consume, the sheer volume of nutrients, minerals, and phytochemicals found in this extraordinary vegetable make eating them well worth it. Most people’s favorite part of the artichoke is the heart, but the leaves are actually the source of a vast majority of its health benefits. In fact, artichoke leaf extract has proven to be an extremely beneficial food with a host of illness-fighting, age-extending properties.

Artichokes are packed with phytonutrients such as quercetin, rutin, gallic acid, and cynarin, all working to protect against many health risks including cancer, heart disease, liver dysfunction, high cholesterol, and diabetes. In 2004, the United States Department of Agriculture conducted its largest, most comprehensive study analyzing the antioxidant content of the most commonly consumed foods. To the surprise of many, artichokes ranked in the top four vegetables and seventh overall. Throughout this article you’ll learn about the numerous ways that incorporating artichokes into your diet can benefit your health and well-being.

The globe artichoke, or Cynara scolymus, is the immature flowers of a thistle plant and is known as one of the oldest cultivated vegetables in the world. Most likely, artichokes originated in the Mediterranean, although they have been seen in ancient Egyptian writings as symbols of sacrifice and fertility. The Spanish eventually brought them to California in 1600, but they didn’t actually catch on with Americans until the 1920s. California provides nearly 100 percent of the artichoke crop in the United States, with Castroville, a town in the California Central Coast farm country, calling itself the “artichoke center of the world.” There are several varieties of artichokes such as Green Globe, Desert Globe, Big Heart, and Imperial Star, ranging in color from dark purple to pale green.

As we mentioned earlier, artichokes have proven that they can be a difficult food to eat. Many people lack the experience in cooking and eating artichokes, so here are a few pointers so you can add this delicious, antioxidant-heavy vegetable to your diet.

High cholesterol is associated with an increased risk for coronary heart disease and atherosclerosis. Artichokes and artichoke leaf extract reduce cholesterol levels. The efforts to study this idea date back all the way to the 1970s, when scientists began examining cynarin and cholesterol in their labs.

In a 12-week, double-blind study, 75 patients received placebo or 1,280 mg standardized artichoke leaf daily. At the end of the 12 weeks, the treated group recorded a modest reduction in total cholesterol of 4.2%.

To further demonstrate the artichoke’s heart-healthy powers, scientists set up a randomized, placebo-controlled study to examine the effect of artichoke leaf extract in patients with high cholesterol. All participants showed positive results. Over 6 weeks, participants were split up, with half receiving artichoke extract and the rest a placebo. The patients receiving artichoke were shown to have an 18.5% reduction in cholesterol level. 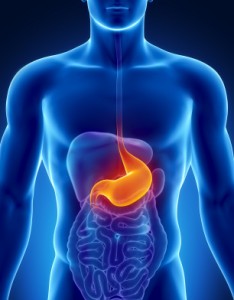 The high concentration of cynarin in artichokes not only affects cholesterol, but also can contribute to aiding in digestive health. Cynarin is known to stimulate the production of bile, which enables us to digest fats and absorb vitamins from our food, making artichokes an excellent way to start any meal.

from irritable bowel syndrome (IBS) and dyspepsia, or upset stomachs. In a study done at the University of Reading in the United Kingdom, 208 adults who suffered from IBS and dyspepsia were monitored over a two-month period of intervention with artichoke leaf extract. Results showed a 26.4% reduction in IBS incidence among the participants at the end of the trial. A significant shift of self-reported bowel patterns away from “alternating constipation/diarrhea” toward “normal” was observed as well. Dyspepsia symptoms also decreased by 41% after treatment, and in general, the participants noted a 20% increase in quality of life after treatment.

The boost in bile production you gain from eating artichokes can also be attributed to cynarin, which can be very beneficial to the health of your liver. The bile that your liver produces helps to remove dangerous toxins and digest fats. Artichokes also contain the flavonoid silymarin, a powerful liver protectant. Silymarin averts the process of lipid peroxidation from occurring in the cell membranes of the tissues of the liver, making the artichoke an ideal weapon in your arsenal to help you obtain optimal liver function.

There are many other powerful polyphenol-type antioxidants found in artichokes that researchers believe can contribute to the prevention and management of prostate cancer, breast cancer, and leukemia. Studies have shown that the antioxidants rutin, quercetin, and gallic acid found in artichoke leaf extract are able to induce apoptosis (cell death) and reduce the proliferation of cancer cells.

In research done at Comenius University in Slovakia, artichoke leaf extract was studied for its ability to inhibit growth of leukemia cells. Over a 24-hour period, leukemia cells were treated with a variety of concentrations of artichoke leaf extract, with results suggesting that it exerts an antiproliferative activity on leukemia cells while inducing apoptosis of these cells as well. In addition, researchers at the University of Georg-August in Germany have said that the many phytochemicals in artichokes help to block the secretion of cancer agents, thus inhibiting the angiogenesis related to cancer. 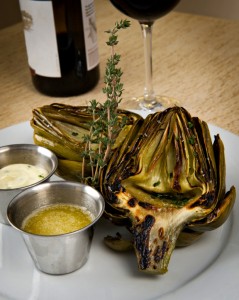