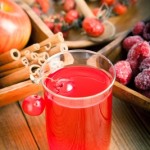 The November, 2014 issue of the Journal of Functional Foods published a report authored by researchers at England’s Northumbria University that revealed a benefit for tart cherry juice concentrate in reducing factors contributing to painful joints.

In a single blinded, two-phase, randomized, cross-over designed study, Dr Glyn Howatson and his colleagues gave 30 milliliters or 60 milliliters Montmorency tart cherry juice to 12 healthy participants twice per day for two days. A washout period of ten days or more separated each phase of treatment. Blood and urine samples were collected before and after treatment.

Reductions in serum C-reactive protein (CRP), a marker of inflammation, and urate, which is elevated during gout attacks, were observed following consumption of either dose of tart cherry juice concentrate.  “We have been investigating Montmorency tart cherries for several years because they’re a unique fruit with a high concentration of anthocyanins,” commented Dr Howatson, of Northumbria University’s Department of Sport, Exercise and Rehabilitation. “Our current study was conducted with a healthy population, although more research is needed to determine the specific benefits of Montmorency tart cherry juice for individuals with inflammatory diseases, including gout and other arthritic conditions.”

Another Journal of Functional Foods study, which appeared online on September 2, revealed a positive effect for tart cherry intake on the blood’s antioxidant capacity. “Our observations were after a one-time consumption,” stated lead author E. Mitchell Seymour of the University of Michigan Healthy system’s Cardiovascular Center. “It is compelling to think what could occur with more regular consumption of tart cherries, and how that could translate into possible health benefits.”