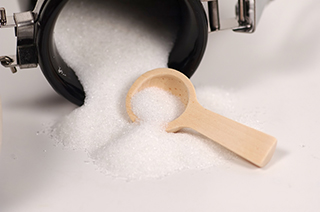 Recent studies have led to an interesting correlation between diabetes and Alzheimer’s disease. One prominent study (published online by the U.S. National Library of Medicine and the National Institutes of Health) concluded that sugar consumption “correlated significantly” with diabetes, “independently of other socioeconomic, dietary and obesity prevalence changes.” In plain English, they found that the more sugar you consume and the longer you consume it, the higher your diabetes risk; and as sugar consumption drops, diabetes rates drop as well.

Type 2 diabetes mellitus (T2DM), the most common form, is caused by insulin resistance in peripheral tissues and is most frequently associated with aging, a family history of diabetes, obesity, and failure to exercise.

Diabetes can cause several complications, such as damage to your blood vessels. Diabetes is considered a risk factor for vascular dementia. This type of dementia occurs due to brain damage that is often caused by reduced or blocked blood flow to your brain.

Many people with diabetes have brain changes that are hallmarks of both Alzheimer’s disease and vascular dementia. Some researchers think that each condition fuels the damage caused by the other.

Insulin helps cells take in the sugar they need to make energy. Diet-induced diabetes develops when your body “ignores” insulin (this is called insulin resistance), your cells stop taking in the necessary sugar for energy production, and you have too much glucose in your blood stream. This excess glucose can go on to damage your nerves and blood vessels.

This damage certainly extends to your brain: high blood sugar can cause inflammation that injures brain cells. Also, when your brain cells become insulin-resistant, the brain “starves:” you lose memory, become disoriented, and, according to the New York Times, “might even lose aspects of your personality.” Additionally, a lack of insulin in the brain may be linked to the form of protein-plaque associated with Alzheimer’s. In short, many scientists now believe that Alzheimer’s may be directly caused by sugar consumption.

Other Dangers of Sugar

The deeper science dives into the sugar bowl, the more danger it finds: