Study: ‘Western Style’ Diet Can Be A Killer 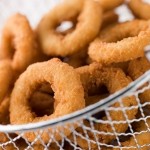 Lead investigator Tasnime Akbaraly of Inserm in Montpellier, France, and colleagues analyzed findings from the British Whitehall II cohort study, which involved 3,775 men and 1,575 women from 1985-2009 with a mean age of 51. Using a combination of hospital data, results of screenings conducted every five years, and registry data, investigators identified mortality and chronic diseases among participants.

The outcomes at follow-up stage, classified into five categories were:

— 4 percent had ideal aging, defined as free of chronic conditions and high performance in physical, mental and cognitive functioning tests.

— Almost 3 percent had a cardiovascular death.

— 7.3 percent had a non-cardiovascular death.

“We examined whether diet, assessed in midlife, using dietary patterns and adherence to the Alternative Healthy Eating Index — validated index of diet quality, originally designed to provide dietary guidelines — is associated with aging phenotypes, identified after a mean 16-year follow-up,” Akbaraly said in a statement.

Following specific dietary recommendations such as the one provided by the Alternative Healthy Eating Index might be useful in reducing the risk of unhealthy aging, while avoidance of the “Western-type foods” might actually improve the possibility of achieving older ages free of chronic diseases and remaining highly functional, Akbaraly said.

The findings are scheduled to be published in the May issue of The American Journal of Medicine.